So You Think You Can Fly

For the past week or so I've watched the juvenile Osprey spend a great deal of its time preparing for its big upcoming adventure...fledging! 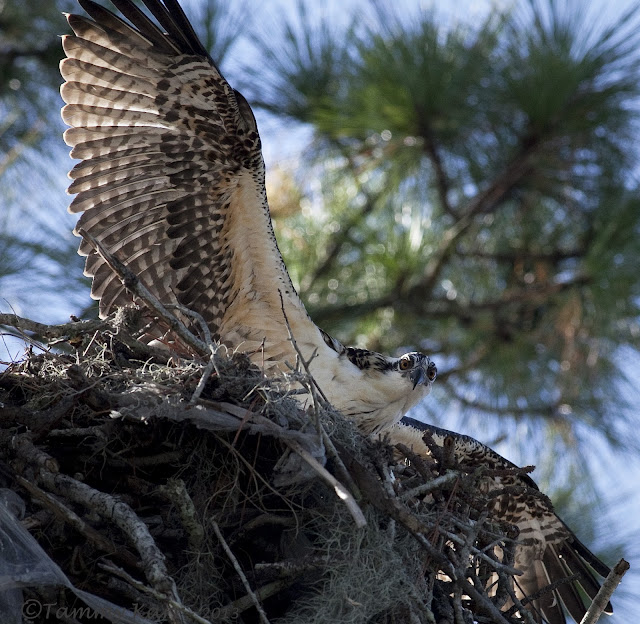 For up to 2 weeks before fledging, juvenile Ospreys prepare by exercising their wings. 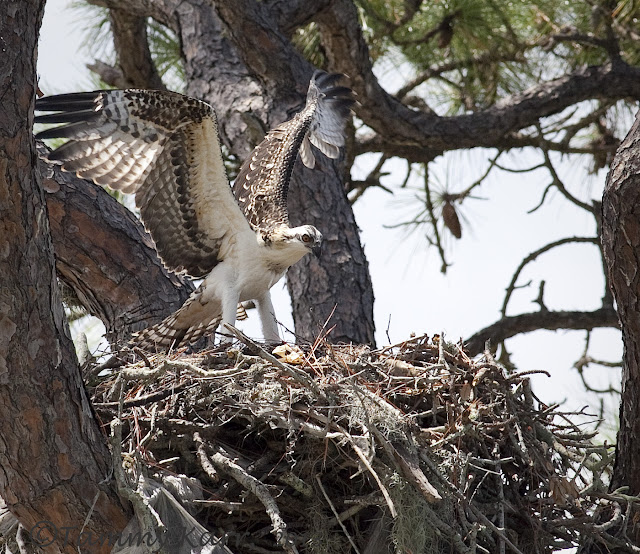 For the past few days, the Osprey has been lifting off and hovering above the nest (also known as helicoptering). 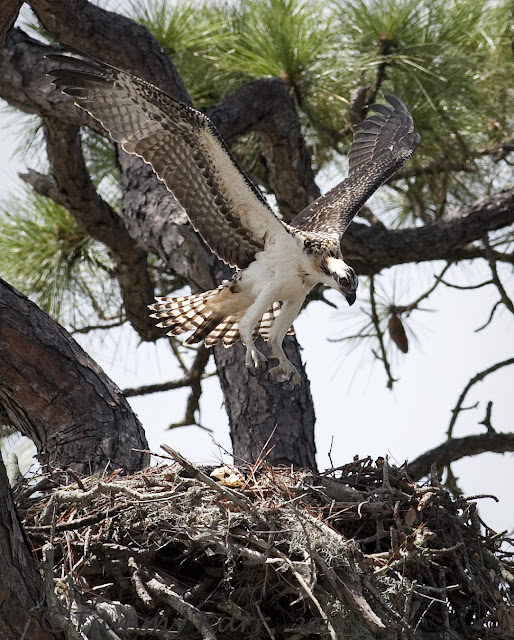 Each time I see this, I'm certain the Osprey is just going to take off, but it doesn't. 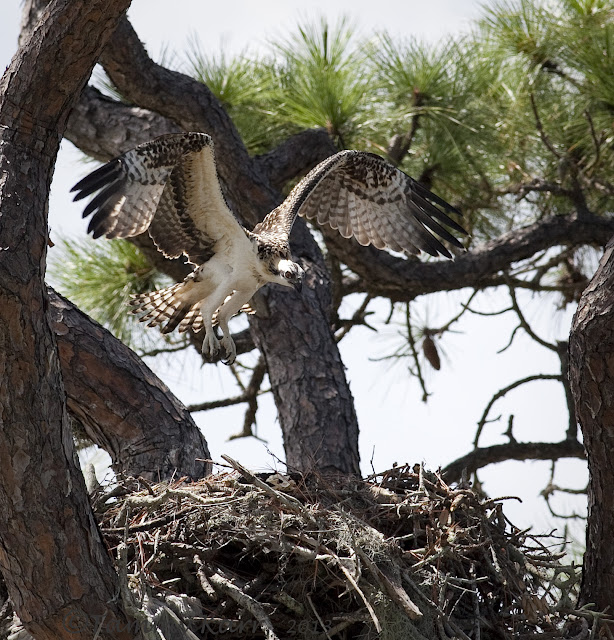 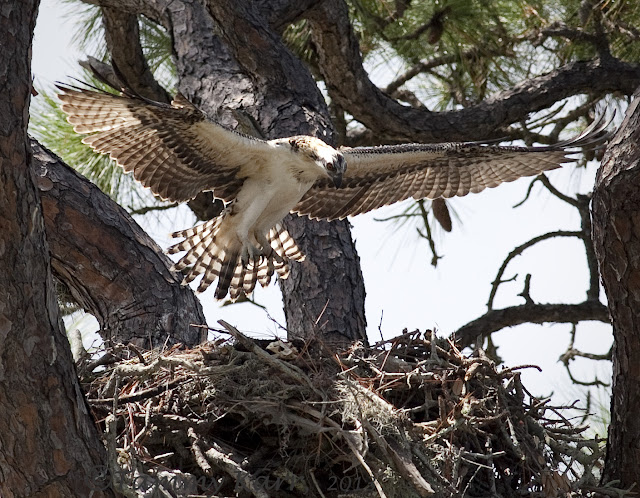 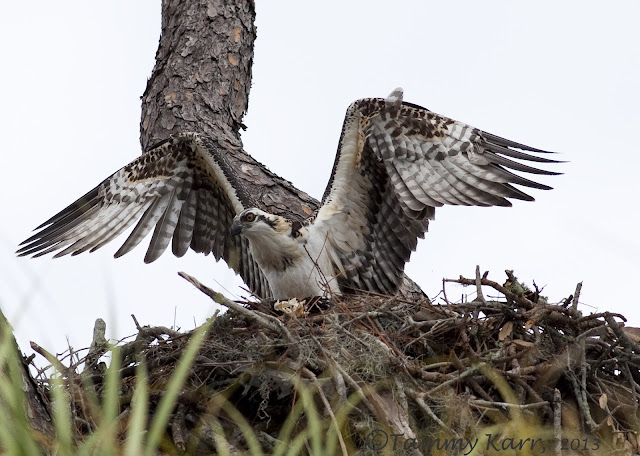 I think the Osprey was even practicing its fishing catching technique. 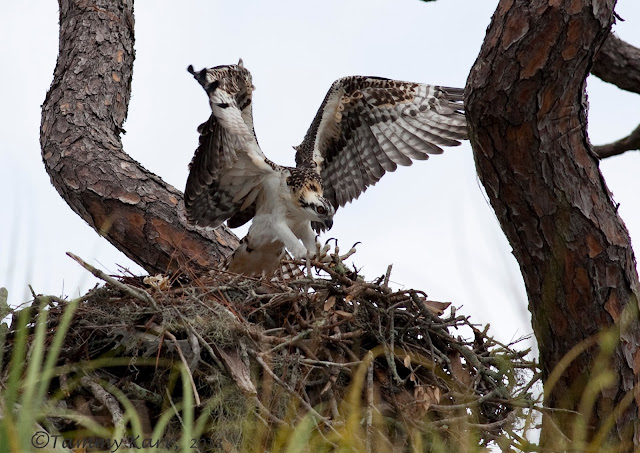 Well, yesterday was the big day. The juvenile Osprey finally left the nest! Its first landing place was a large branch just above the nest. The Osprey stayed there for several hours. Some serious drama erupted during this time as a wayward juvenile from another nest decided to be a nest crasher...(my next post). The Osprey took a few flights later in the day as its mom shadowed close behind.