Although damselflies are smaller and weaker fliers than dragonflies, I find them equally as interesting to observe. I sometimes have to look a little hard to find these little guys, but they are generally easier to photograph as they seem to stay still longer. Here are a few of the species  I've encountered over this past week, most of which were at the local ponds/wetlands.

Rambur's Forktails are one of the most prominent damselflies found around ponds and wetlands. There are currently a large number of them at the Viera Wetlands. 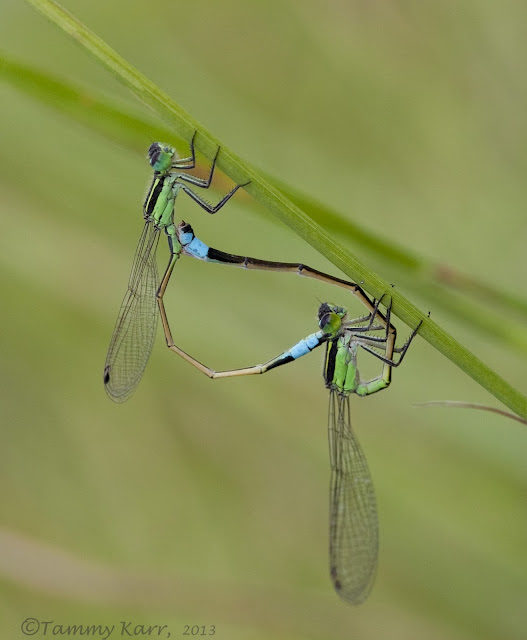 This is how most of them are spending time right now. When damselflies mate, the male can be seen on top, clasping the female's thorax with the terminal appendages on the end of its abdomen. The  female loops forward so copulation can be completed. In this heart-like position (which lasts for various amounts of time), the connected damselflies are still able to travel about. 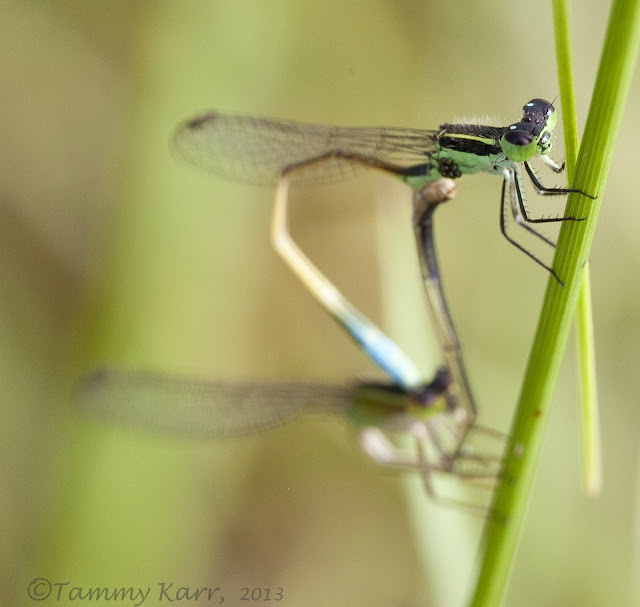 The pair usually then separates so the female can go lay her eggs. It looked to me like the female laid her eggs on the male in this pair that I observed?

There is also a variation of female Rambur's that is orange, which I believe is what this is. I only saw one of these at the wetlands.

This past weekend I took a short trip to Missouri to visit some friends. I found this Azure Bluet (I think) one evening while I was out wandering around. This species was quite vibrant, well at least the male was, and easy to find!

Another reason I love to see damselflies, as well as dragonflies, around is they consume those ever so pesky mosquitoes that are always preying upon me. As I was photographing this damselfly, it captured a blood filled mosquito (that had probably just stung me). 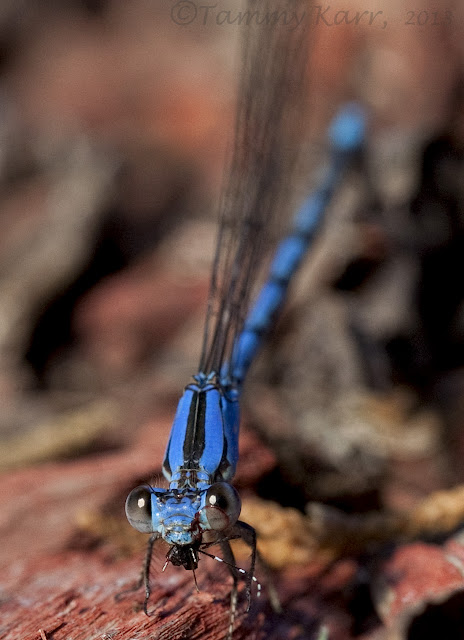 It didn't take the damselfly long to eat up the mosquito!

Have a great week:)