Falling from the Sky

I took a trip to the "Click" Ponds and Viera Wetlands this past week. Nothing overly exciting going on right now, but I did have fun watching some dive bombing birds. 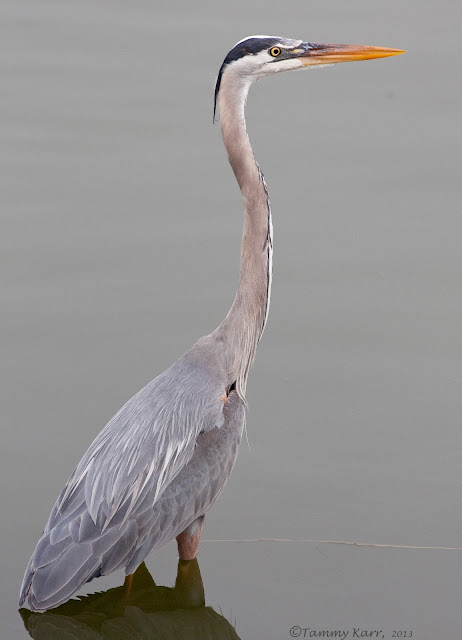 As I stood near this statuesque Great Blue Heron, a motion in the distance sky caught my eye... 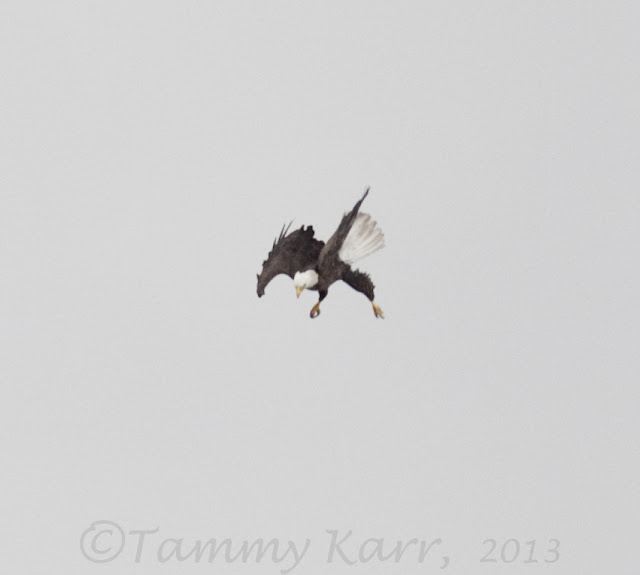 It was a Bald Eagle falling from the sky toward a group of Coots. (Please pardon the extremely poor photos as the Eagle was on the opposite end of the pond). The fear among the birds in the pond was palpable. It seemed inevitable that one would soon be the dinner of this incoming Eagle. 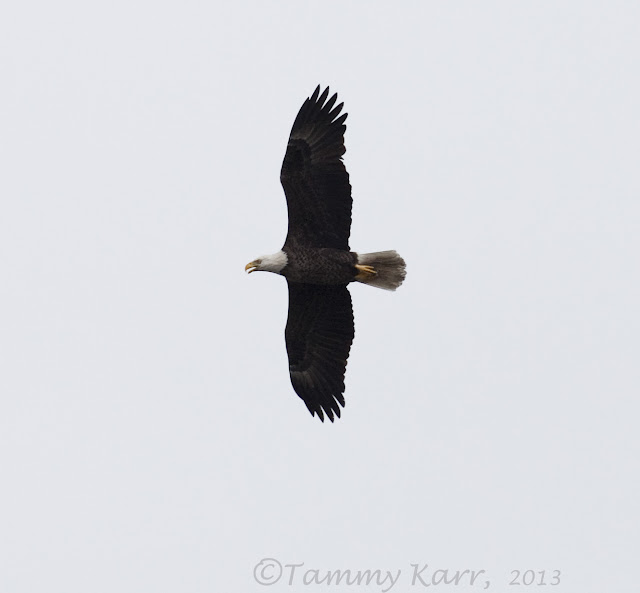 Then the Eagle seemed to have a midair change of plans. It really wasn't in the mood for a Coot after all! 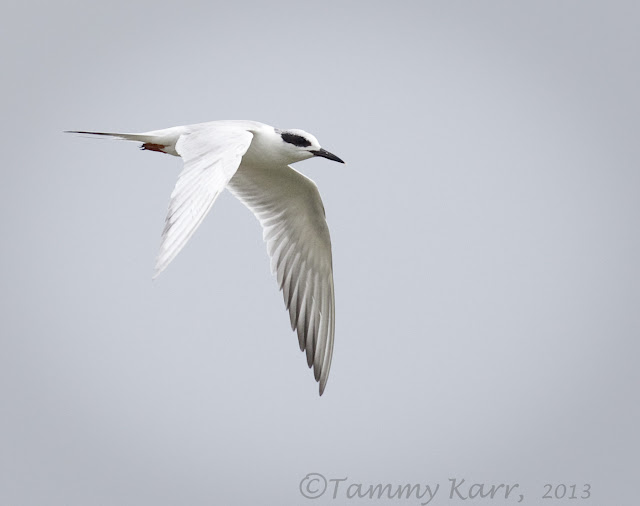 I carried on to the next corner of the pond where over 2 dozen Forster's Terns were on a feeding frenzy. They had a similar dive bomb routine going on. 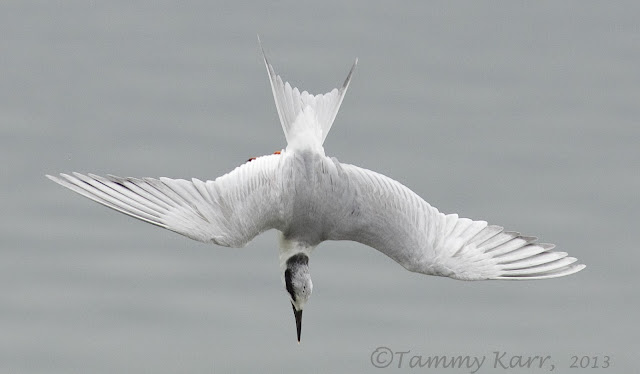 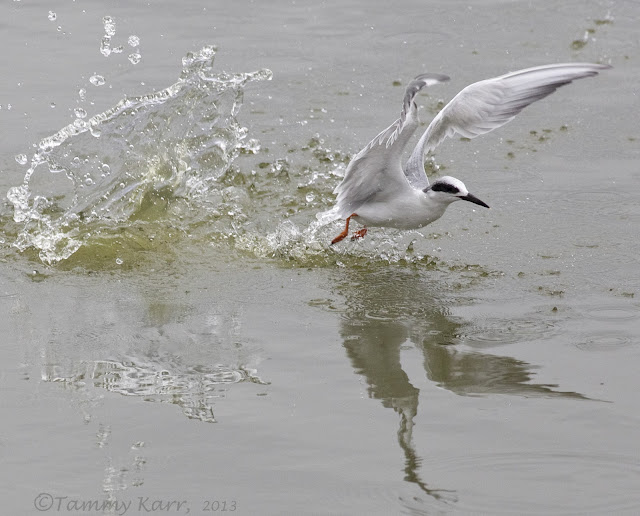 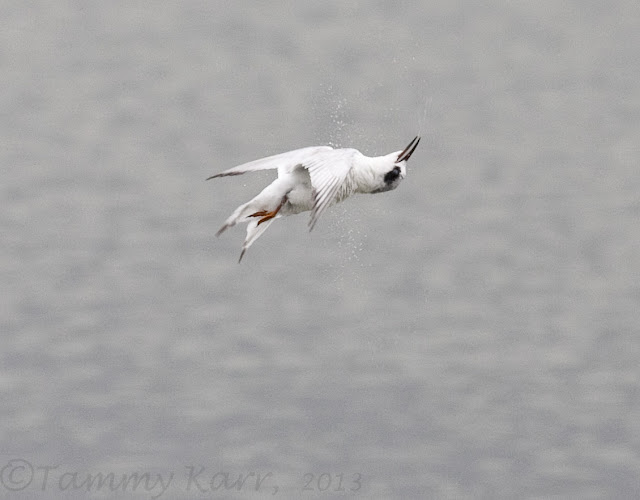 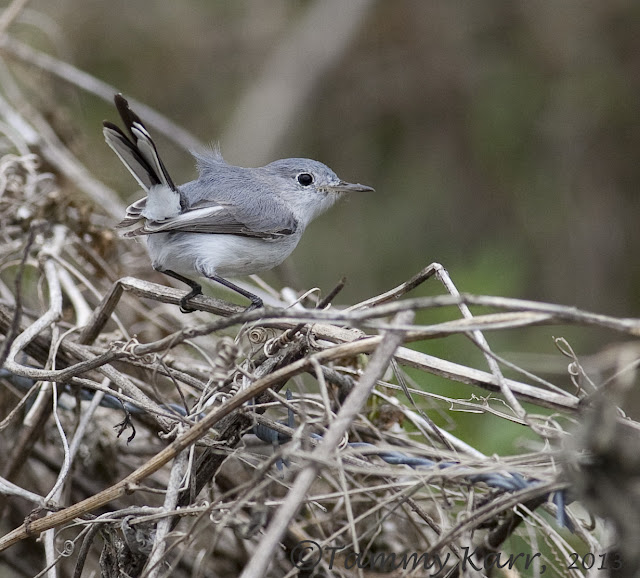 This tiny Blue-gray Gnatcatcher landed near me as I walked along the fence. 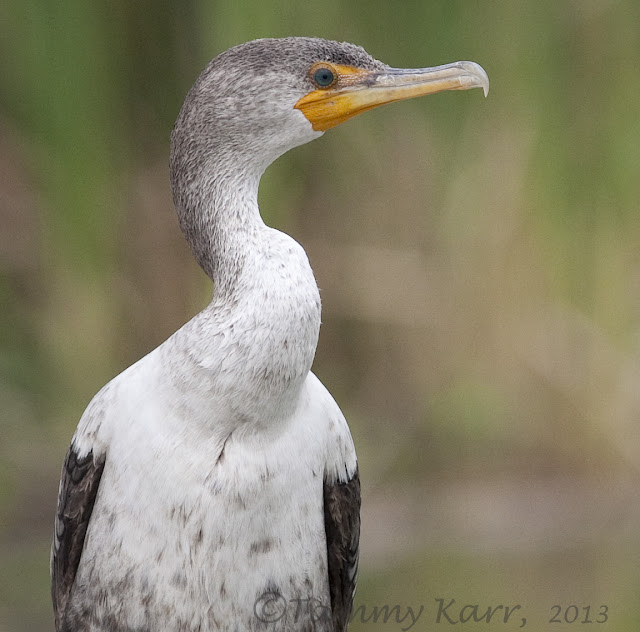 The were lots of Double-crested Cormorants hanging out. This one appeared to be the youngest of the group. 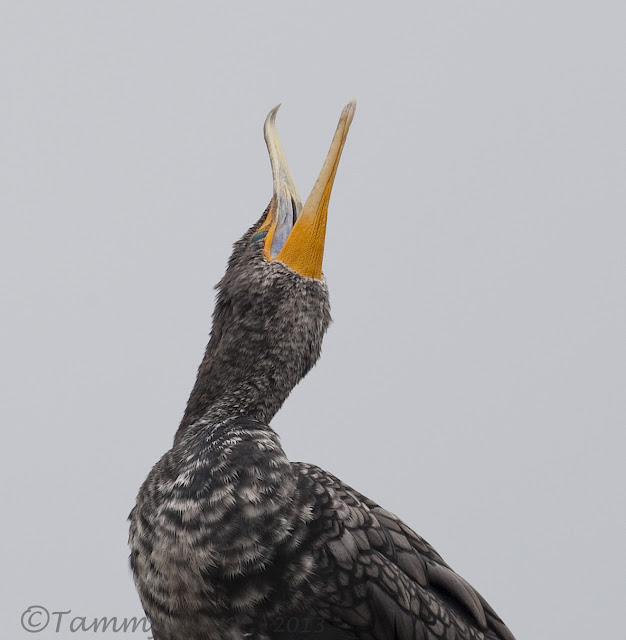 This one was really shaken up over the whole Eagle incident and refused to take its eyes of the sky. The others thought it was overreacting. Seriously though, when was the last time you saw a Eagle flying off with a Cormorant? 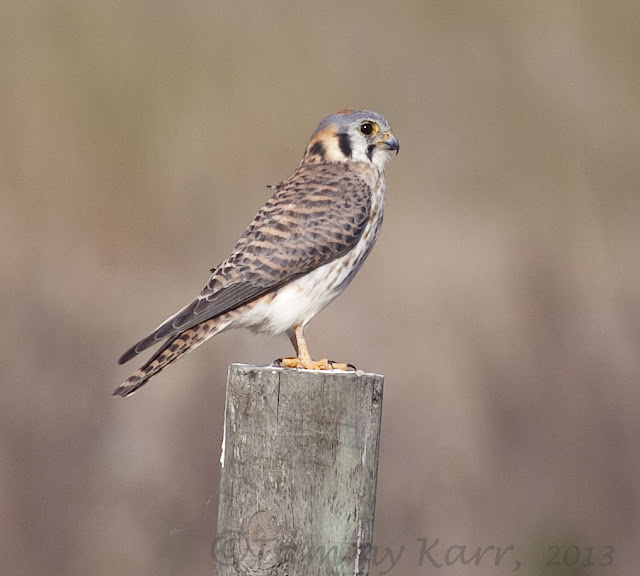 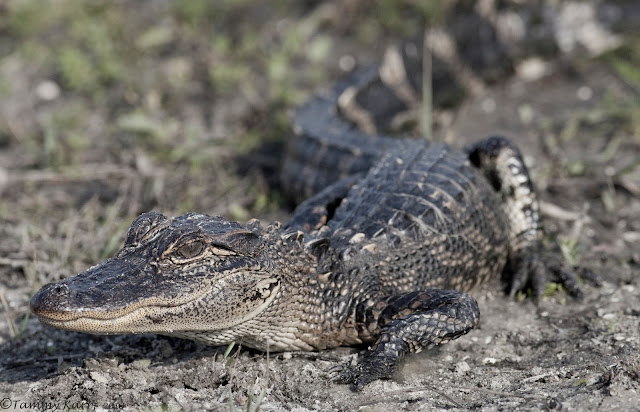 There are tons of baby gators at the wetlands. 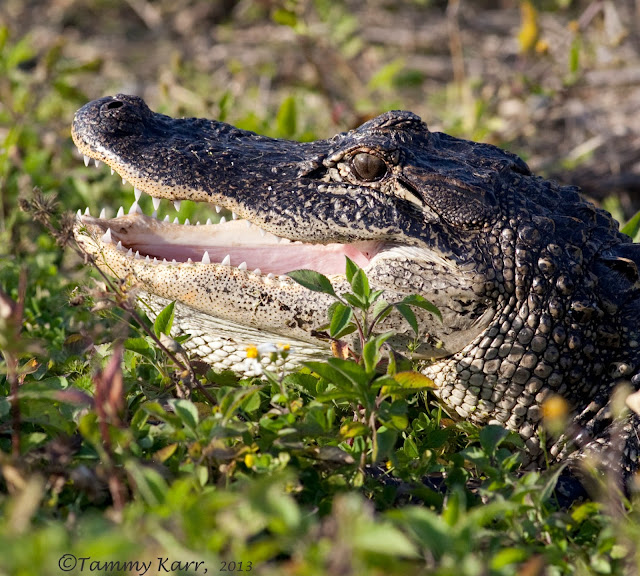 
As juveniles, Wood Storks are bundles of soft white & brown cuteness. Their long bills are smooth and yellowish. By their 3 summer, things begin to change. One by one their fluffy feathers give way to their scaly replacements. By 4, the Wood Storks sweet, charming appearance has completely transformed into a prehistoric look!

I took a trip out to Three Lakes WMA a few weeks back on the MLK holiday weekend. It was my first visit to the area and definitely won't be my last. Three Lakes is located on the Kissimmee Prairie and is named for the three lakes that it borders. I parked in the small lot near the entrance and took a walk on the trail through the Palmettos. As I was returning to the parking area, I saw this male Eastern Bluebird land on a nesting box located just a few feet from the parking lot.


The male scoped out the scene and gave the female the all clear signal. As the male kept an eye on things, the female appeared to be delivering a meal to the occupants of the box. 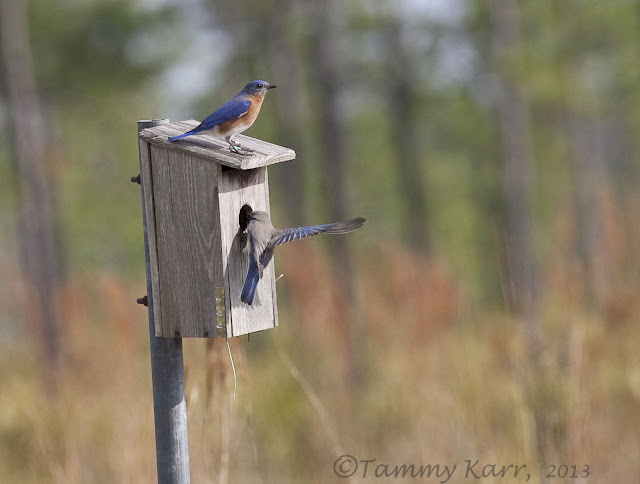 The pair stayed for a brief period then retreated back to a nearby tree. 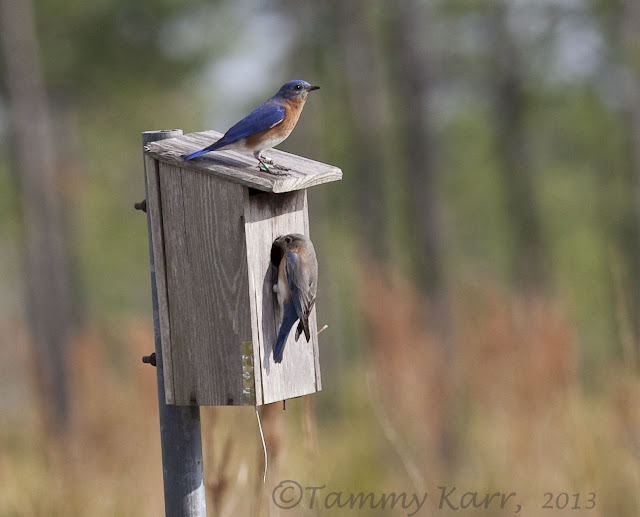 Since I arrived midmorning, I knew my chances of seeing a Red-cockaded Woodpecker weren't so good, and I was right. I did see a Red-bellied Woodpecker as well as a Yellow-bellied Sapsucker searching for some sap.


I got a bit of a cold shoulder from a Red-shouldered. 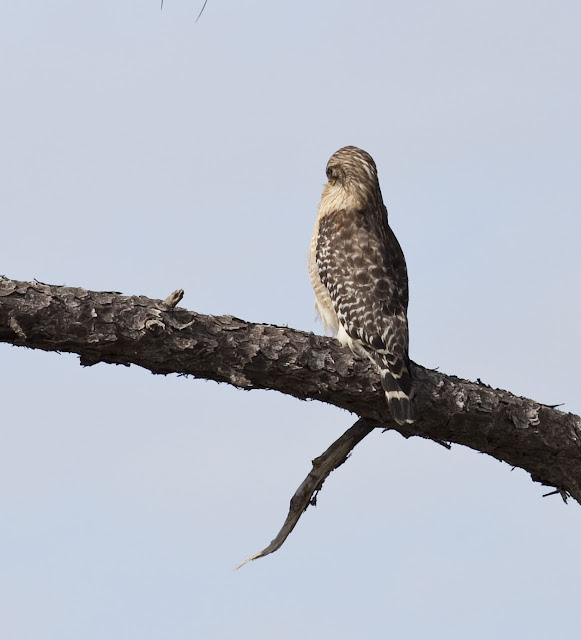 The drive to and from the area was also quite enjoyable. I saw quite a few raptors along the way, including this beautiful Eagle staked out near the road, just across the street from its nesting mate. I also saw two Crested Caracaras chasing one another. 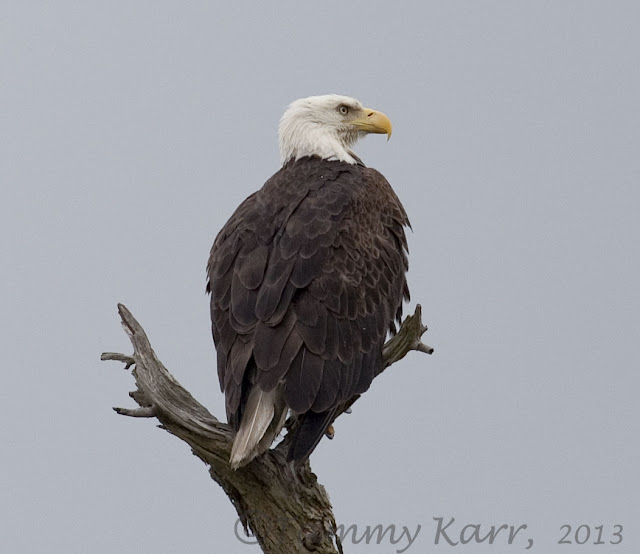