A few days ago as I was arriving home, I noticed a large group of visitors near the river. I couldn't help but to be a little curious about what attracted them. After my son drifted off into his much needed nap, I stepped out to see what the vultures were up to. The time I spent with these grotesque guests was all that I expected it might be...visually and olfactorily offensive. The American Black Vulture....its not so pretty... 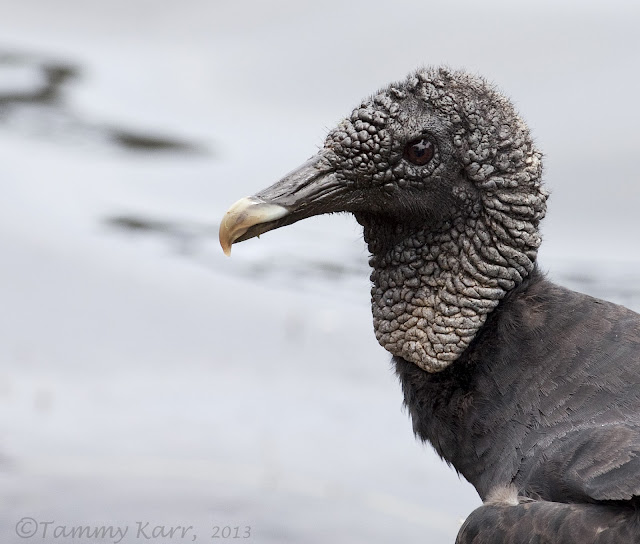 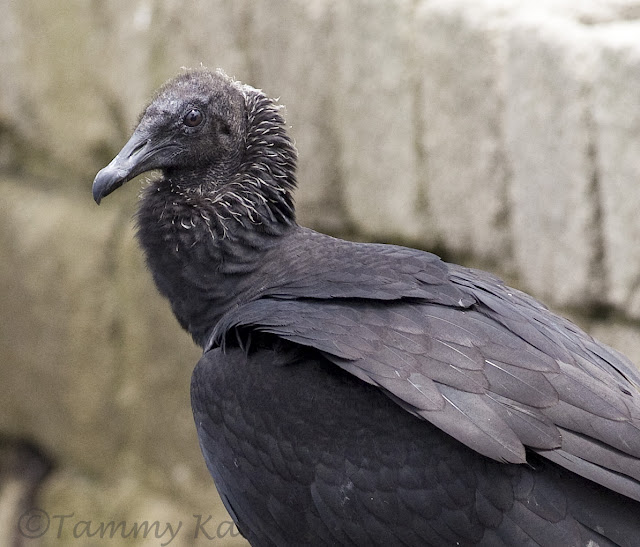 Carrion, it's what's for dinner! The large group of Black Vultures had gathered together to dine upon a washed up, deceased Armadillo. Unlike Turkey Vultures who use their very keen sense of smell, Black Vultures find their meals via sight. I have to think they were able to smell this decaying critter though. It took me a few days to get the smell out of my nose! (And they got quite a bit closer than I did) 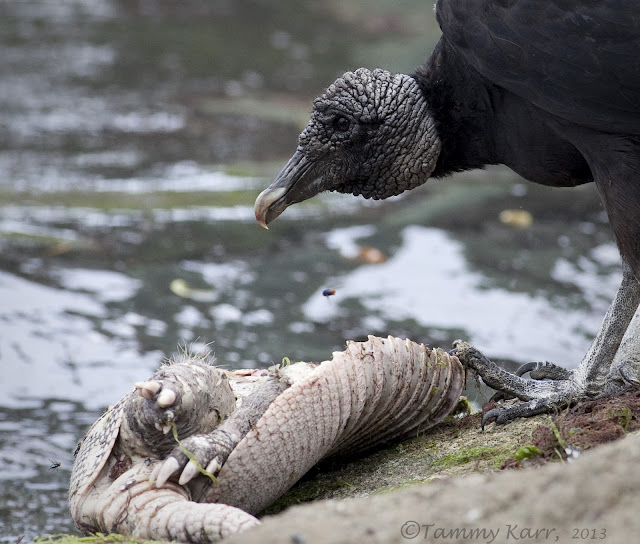 Who would have though that a dead animal would get away... 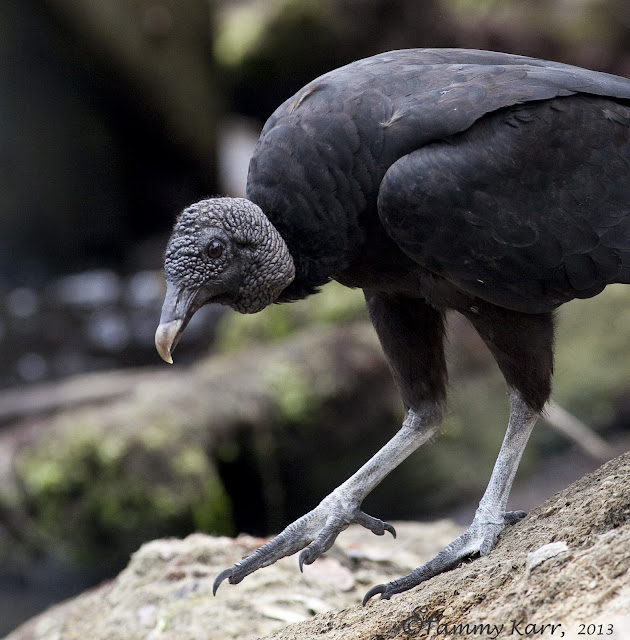 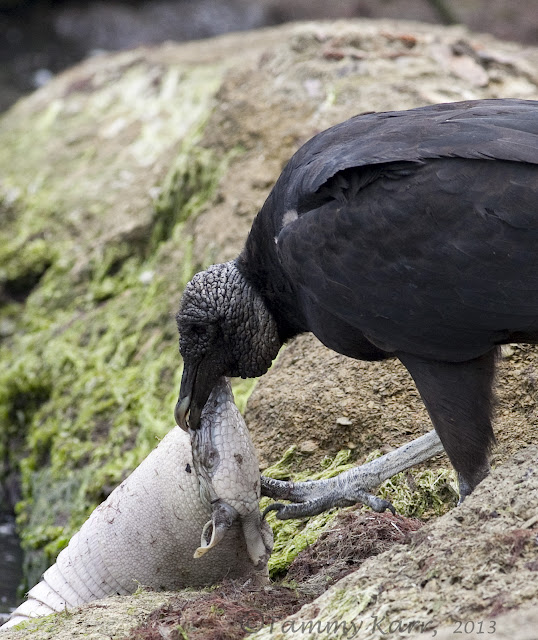 Nope, not gonna share! These vultures are quite vicious towards one another when they are dining or even just waiting for a turn. There was quite a bit of squabbling going on as one vulture monopolized the meal for quite some time. 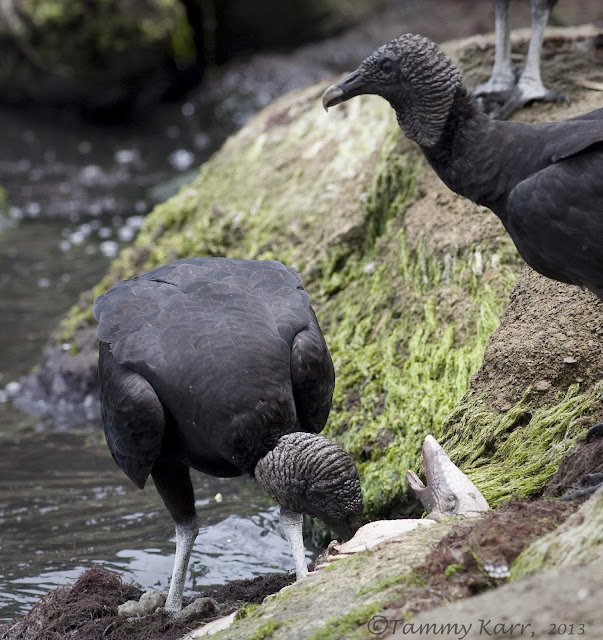 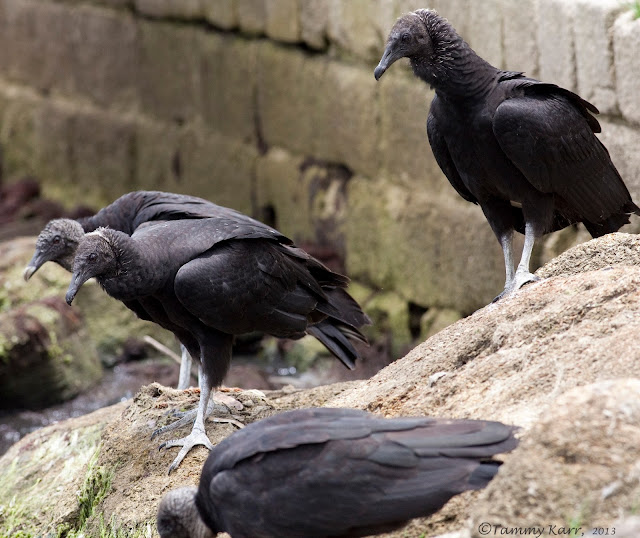 The most attentive student! 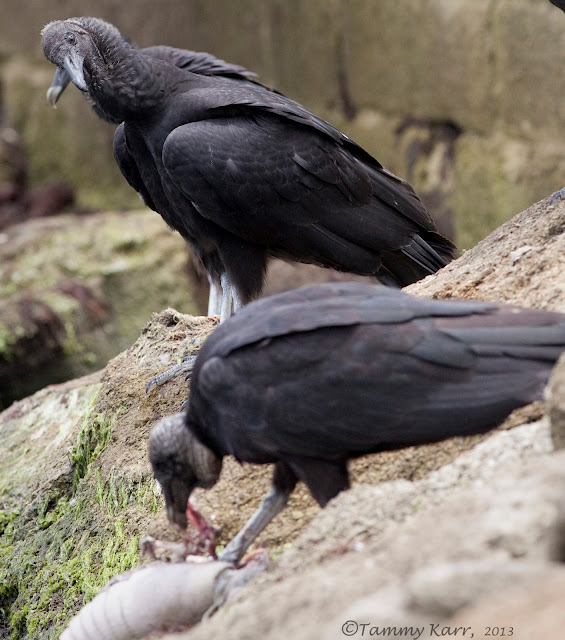 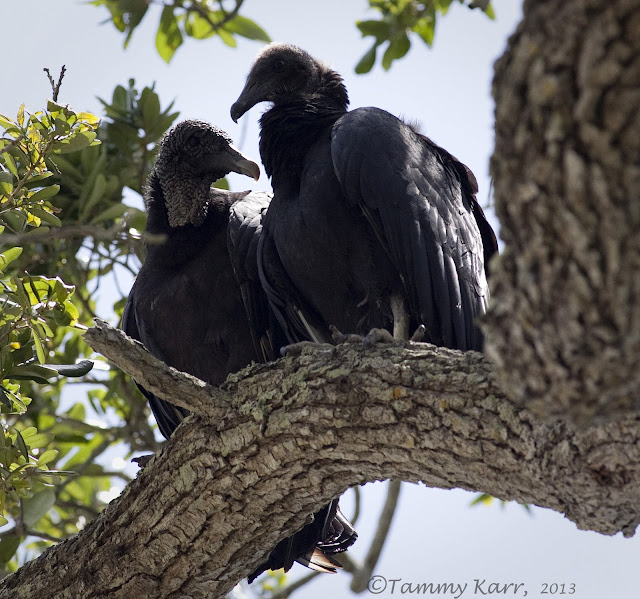 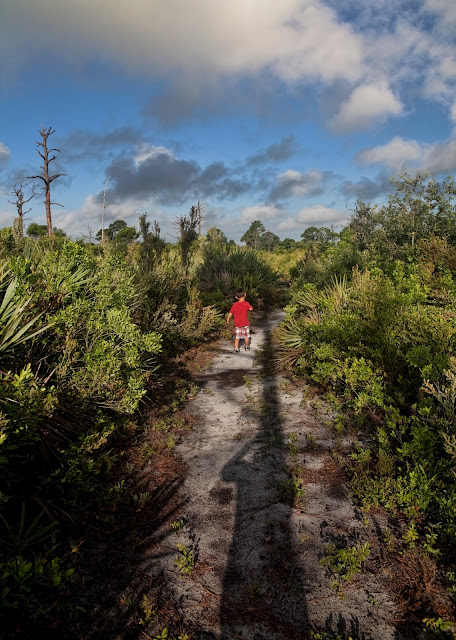 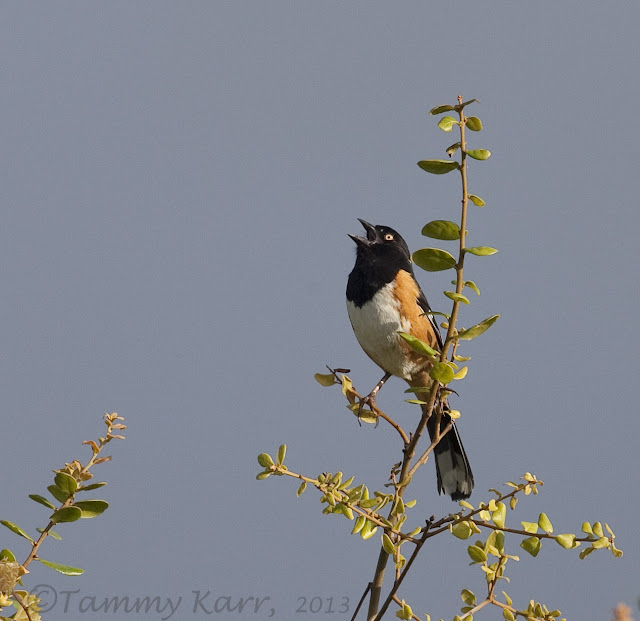 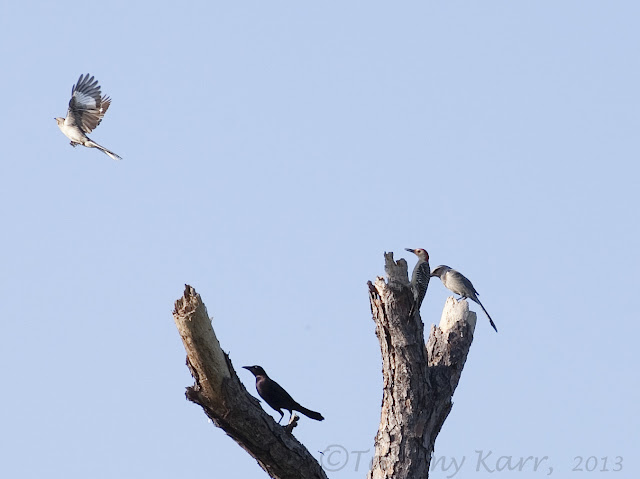 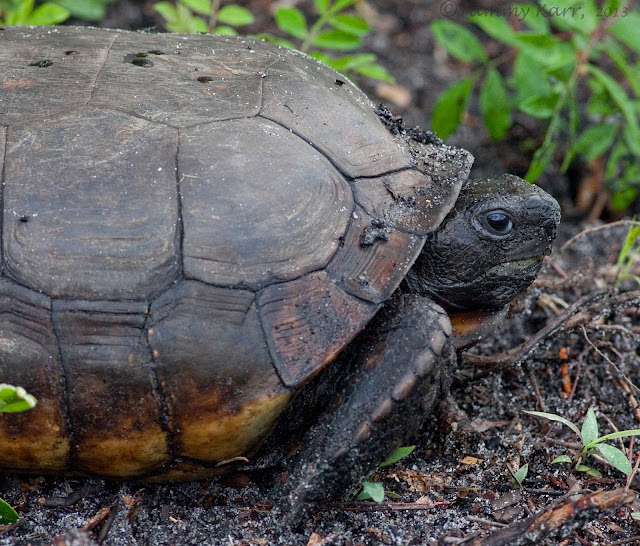 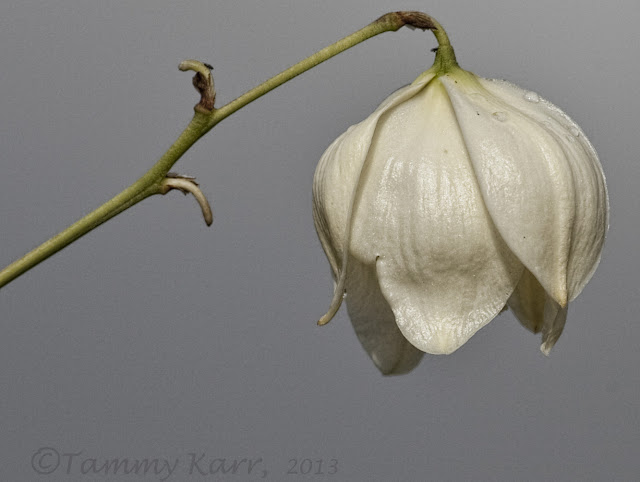 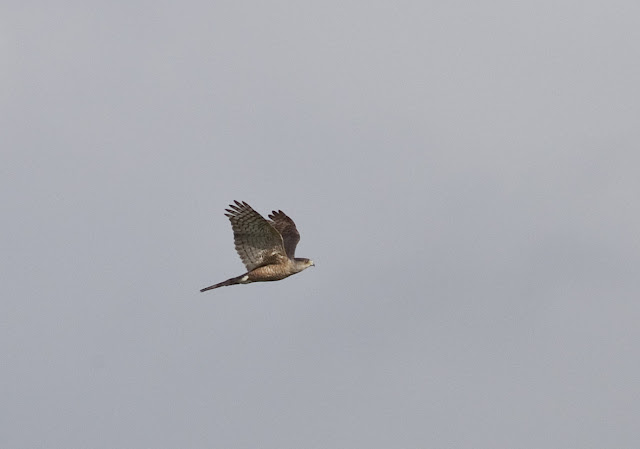 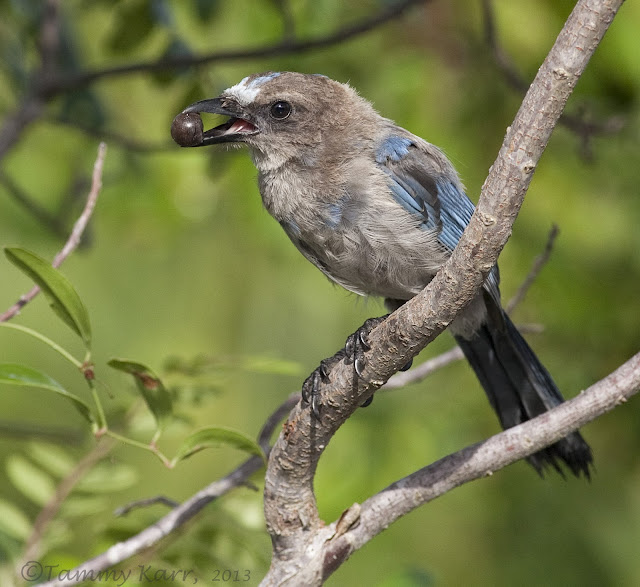 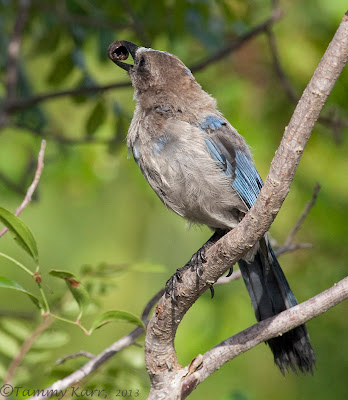 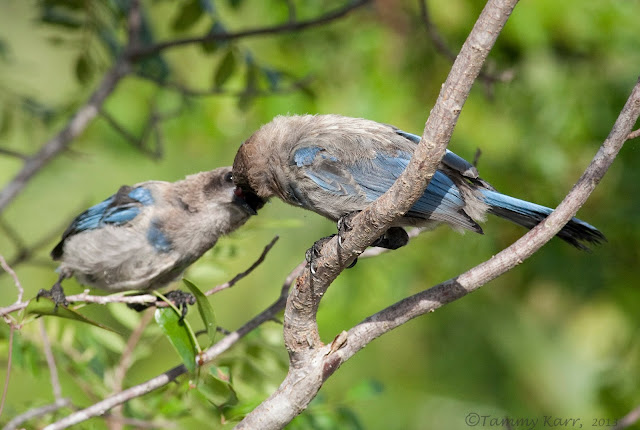 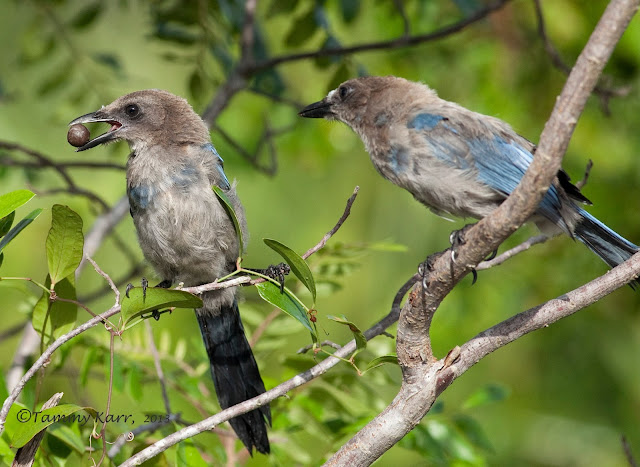 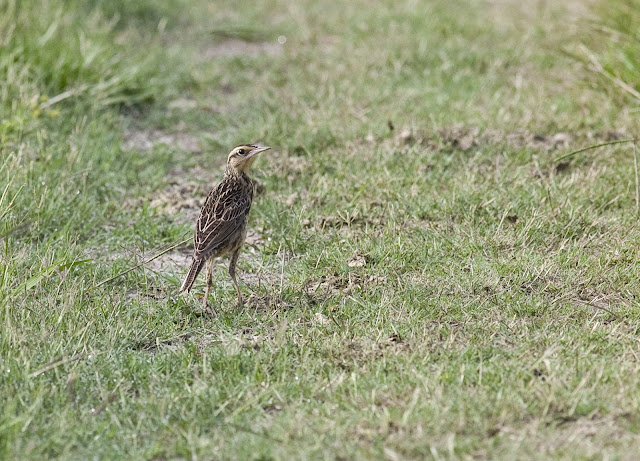 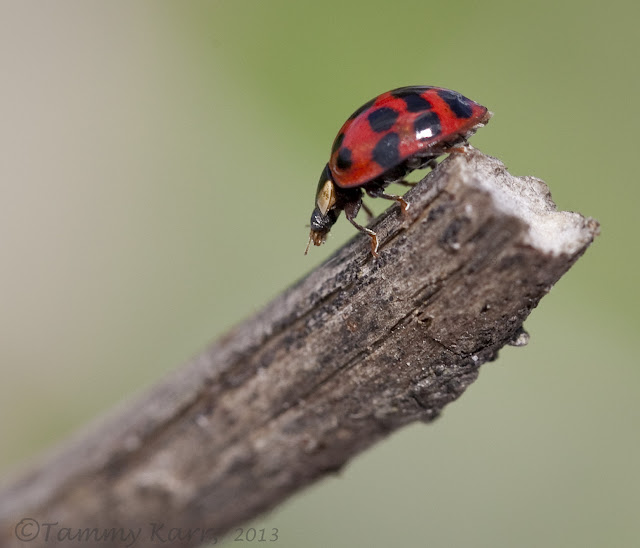 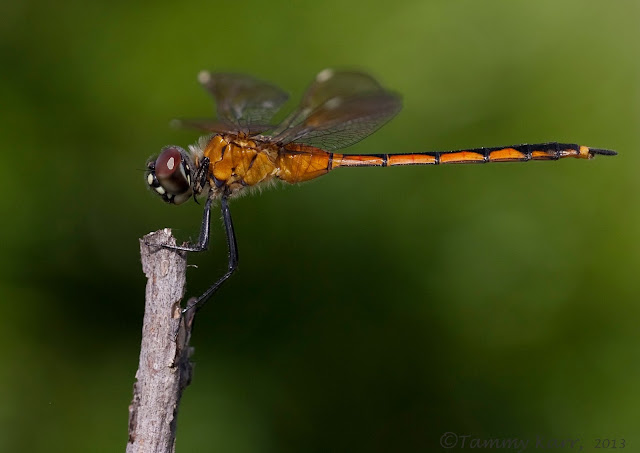 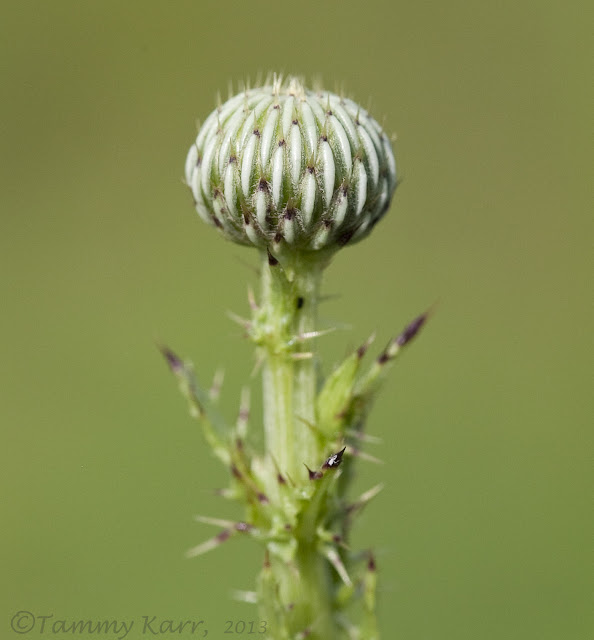 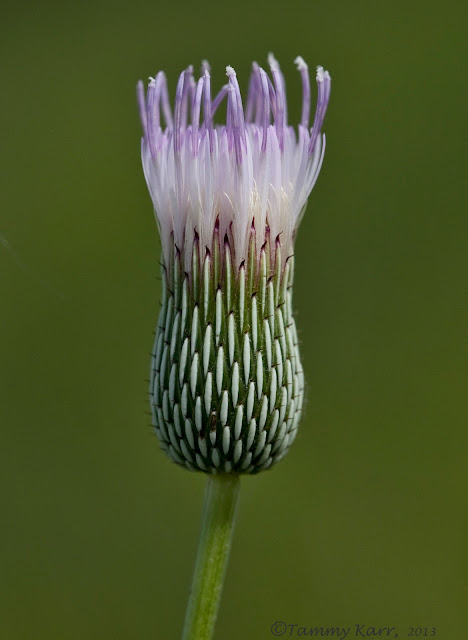 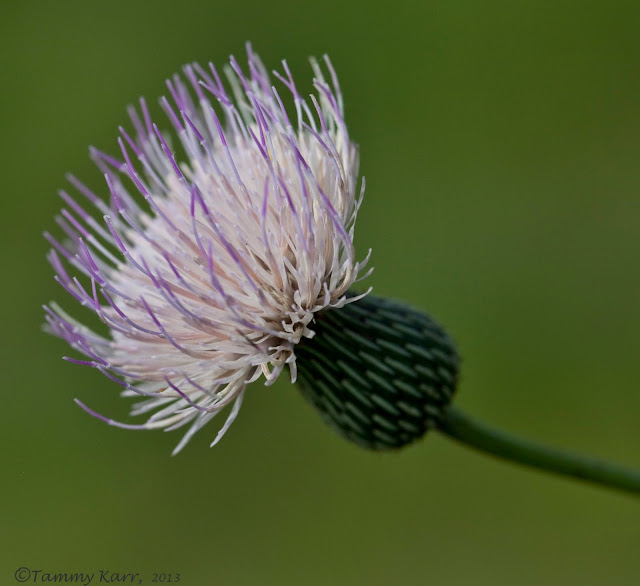