In January of 2010, a pair of Ospreys started gathering sticks and moss and began building a nest in a large tree in my neighbor's yard. Less than a month later, the nest fell. In 2011, the Ospreys were around but there was very little nest building action in the tree. In 2012, a pair (not sure if its the original pair), successfully built a large nest. The pair spent several months in it, but did not produce any chicks. 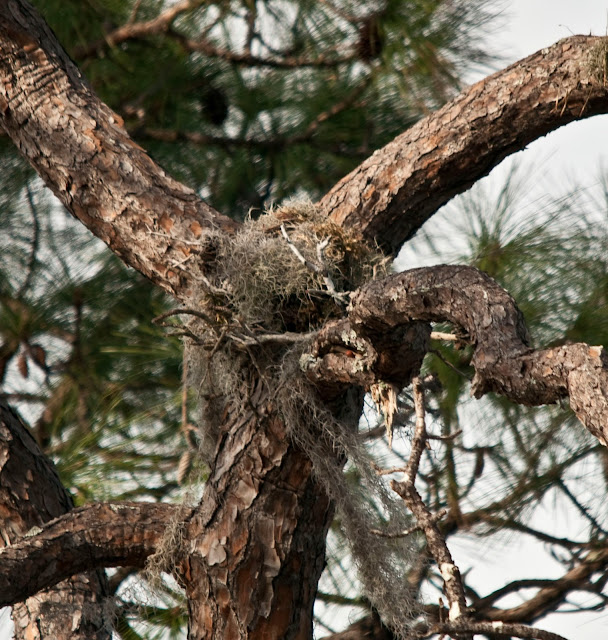 A pair has been occupying the nest since January of this year. Finally, one Saturday morning, about 3 weeks ago, I noticed this tiny head! 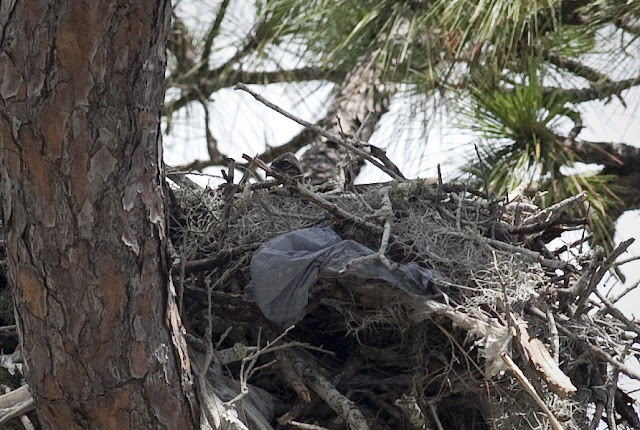 The female adult Osprey spends most of her time in the nest, using her wings to shield the chick from the sun.
The male is rarely in the same tree. He does come by and drop off a meal from time to time. Mom also leaves the nest occasionally to catch a fish of her own. 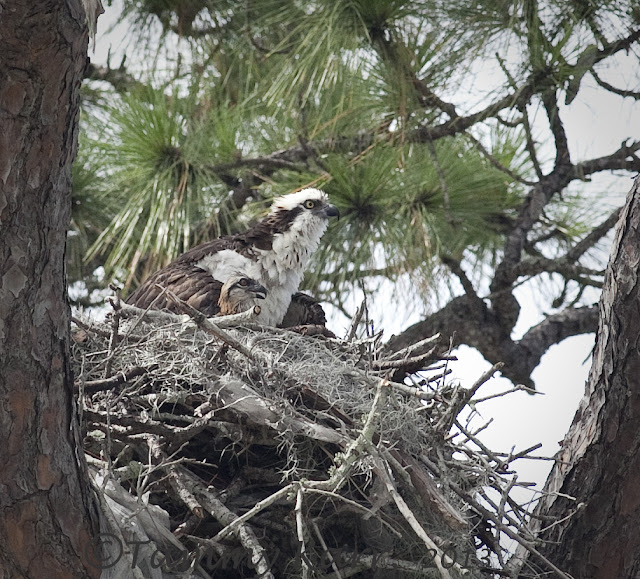 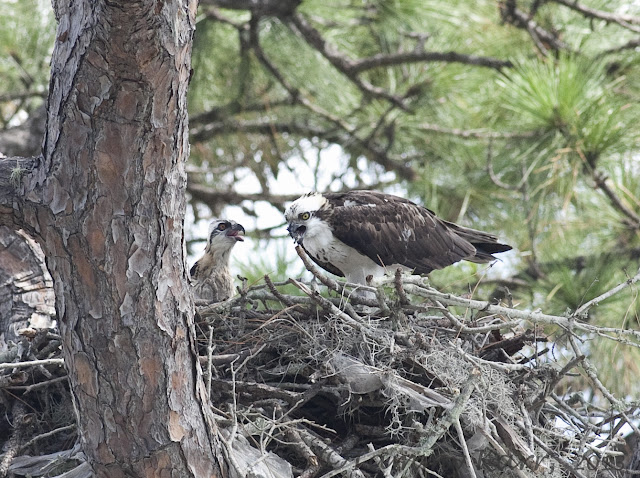 Mom does not welcome other birds near the tree. There are several young Red-shouldered hawks in the area and the Osprey gives them a stern warning when they approach too closely as this one did. 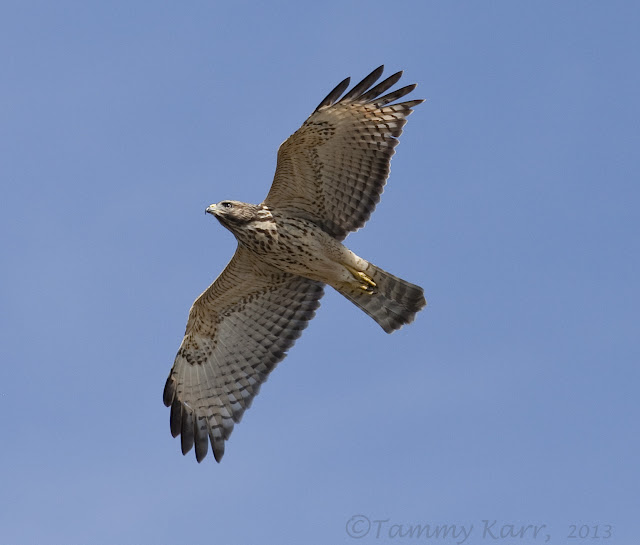 The Ospreys aren't the only ones with a nest in this tree as they happen to share with some equally boisterous neighbors~Crows! On this occasion, Mama Osprey forgot her password to reenter the tree! 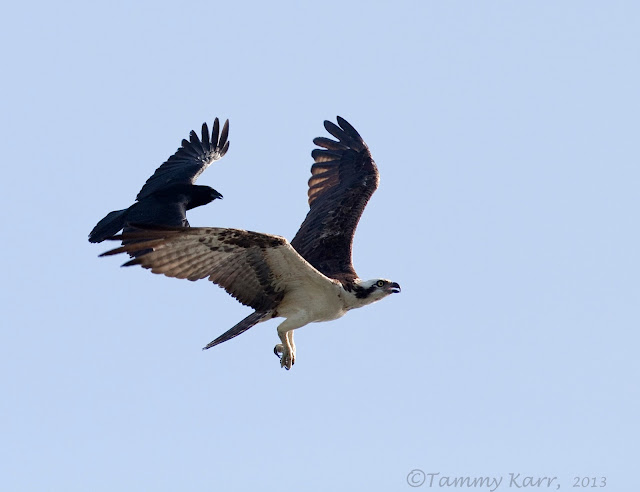 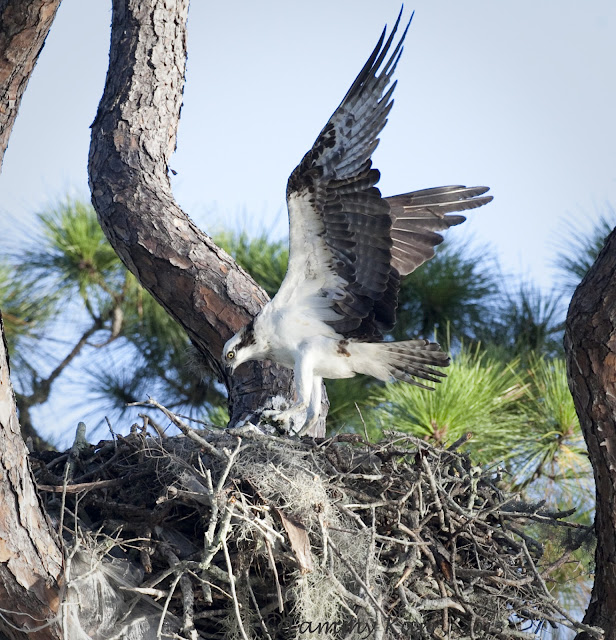 It sure is hot! 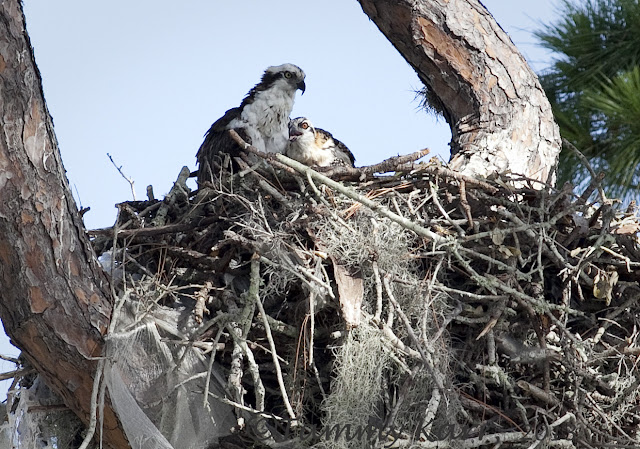 The adult Osprey gives the chick a bite of fish for about every ten bites she takes. 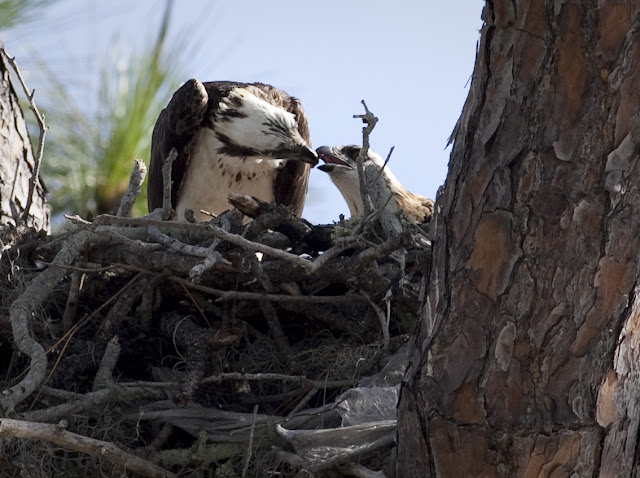 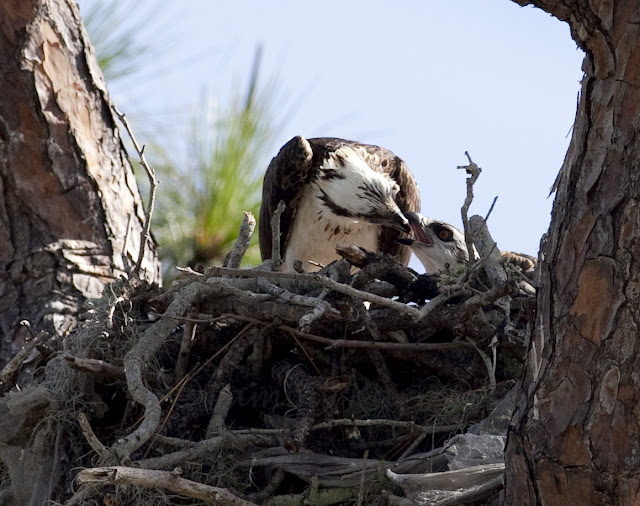 The nest about a quarter mile up the street recently fledged these 2 young Ospreys. 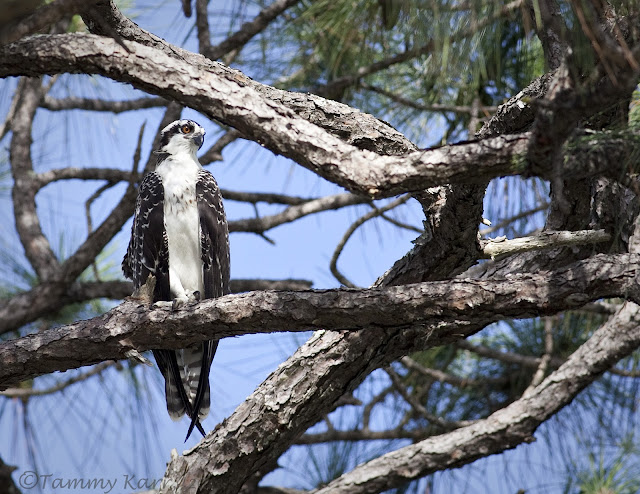 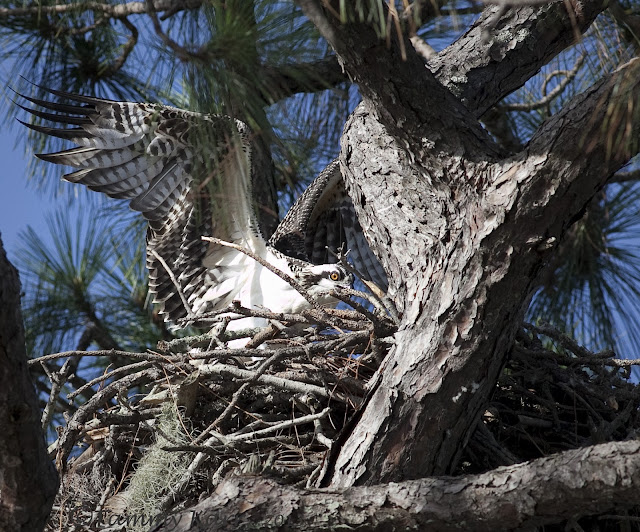