Wood Storks are interesting, unique looking creatures. Easily identified by their bald heads, long legs, and prominent bills, Wood Storks are found year round here in Florida. The Wood Stork has been on the Endangered Species list since 1984 and is the only Stork that breeds in the US. South and Central Florida are the most prominent Wood Stork breeding areas in Florida. 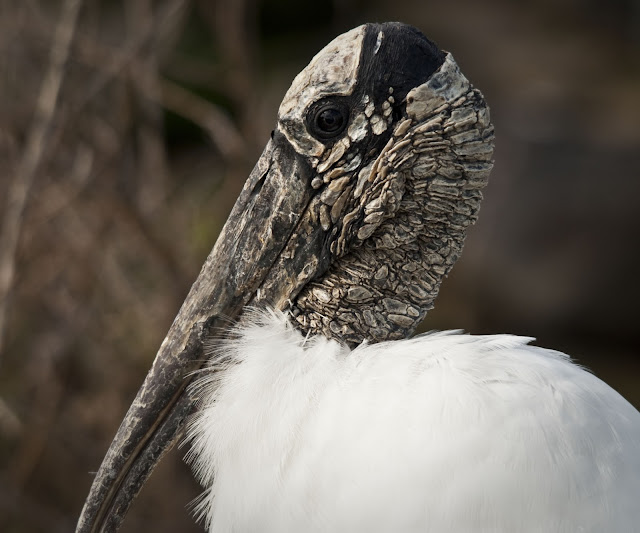 The Wood Stork's large bill plays an important role in its feeding technique. The stork sticks its partially open bill in shallow water, snapping it shut when its sensitive bill detects a fish in close proximity. Wood Storks primarily feeds on fish, but their diet can include frogs, insects, small snakes, and lizards. Wood Storks typically  forage in areas with high concentrations of fish because of their feeding style. Wood Storks are big eaters, especially during breeding season where they typically consume over 400 lbs of fish per season.

For some great information on Wood Storks, check out these references:
http://www.fpl.com/environment/endangered/pdf/woodstork.pdf
http://ecos.fws.gov/speciesProfile/profile/speciesProfile.action?spcode=B06O