One Stick at a Time


Looking at a completed nest, it is really remarkable to think that the birds built it, one stick at a time. What an incredible endeavor of hard work! I visited the Viera Wetlands this morning where there are now around 7 Great Blue Heron nests in the area of the south end of the lake/north side of cell one. The majority of the nests are on top of palm trees, however, one is currently being built on a man made platform. Some of the Herons have already been nesting for over a month, while some for just a few weeks. While it usually takes around a week for a nest to be completed to the point where eggs can be laid, herons continue to construct their nests throughout the whole time they are nesting. The day started out with a heavy overcast of clouds, but the sun pleasantly made a surprise appearance later in the morning. My son and I watched these GBHs work diligently for over two hours. It was quite a remarkable experience to watch their teamwork. 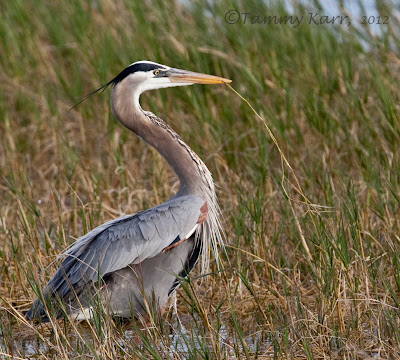 The sequence started the same way each time, with the male landing in the reeds and retrieving some material. 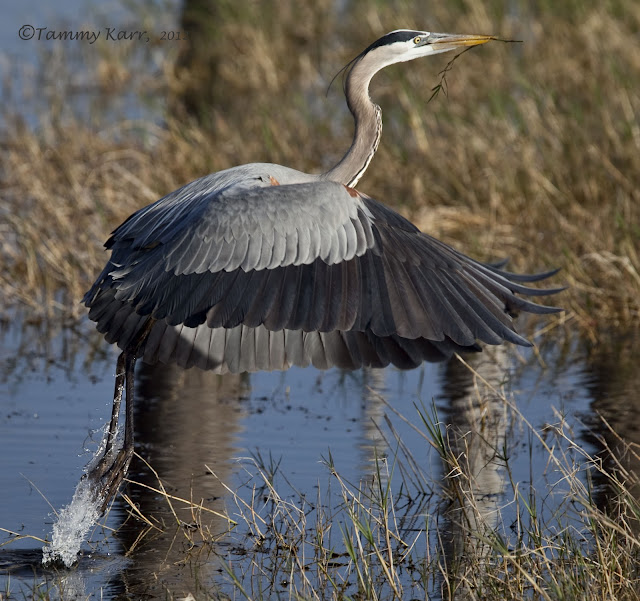 With his hard earned piece of materiel, the heron would lift off, circle the tree and come in for a landing from the west, to coincide with the wind. 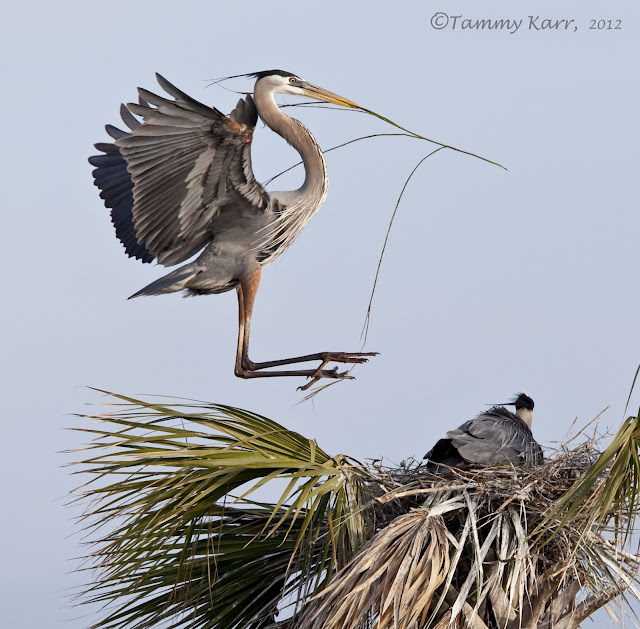 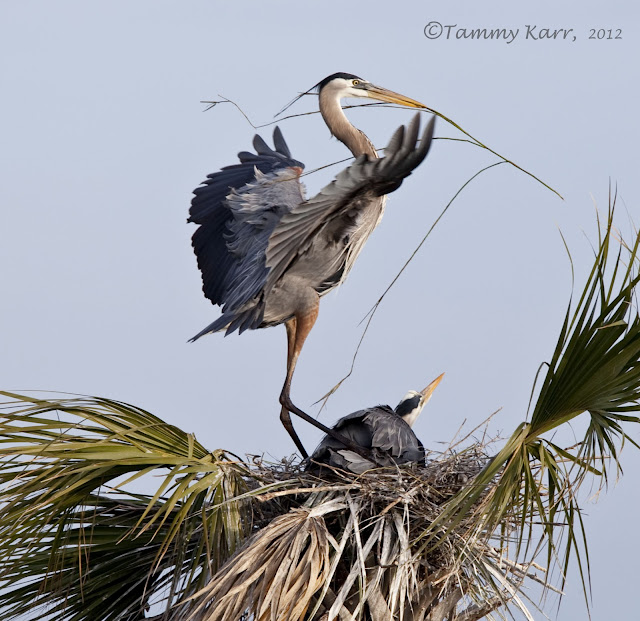 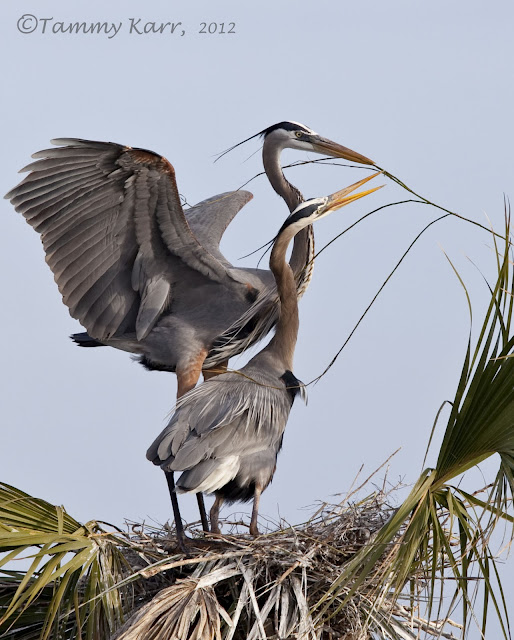 As her partner arrived, the female Great Blue Heron would rise to retrieve the material and work it into the nest. The herons repeated this sequence continually the entire time we were viewing. 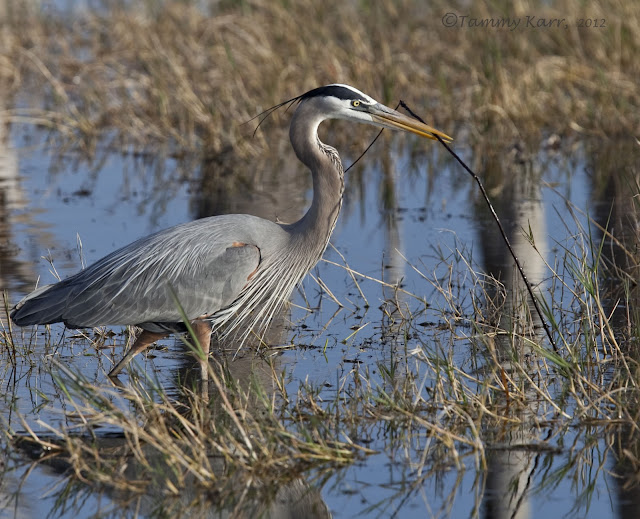 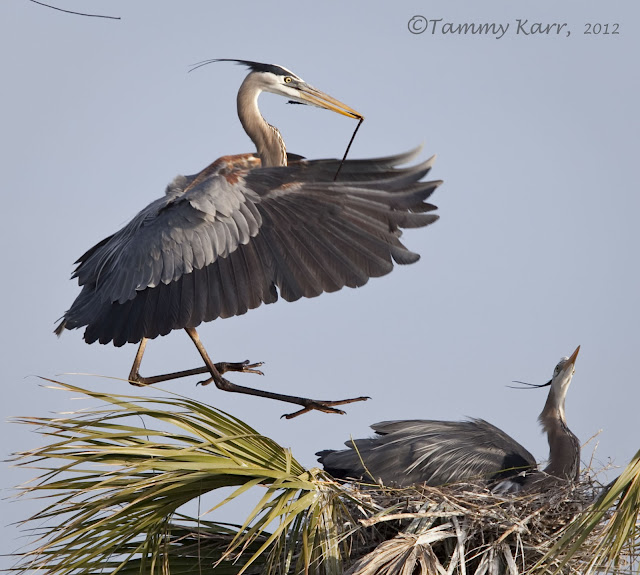 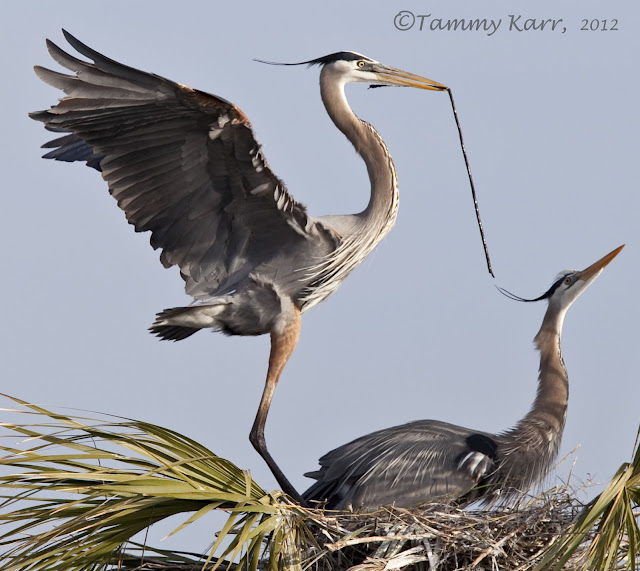 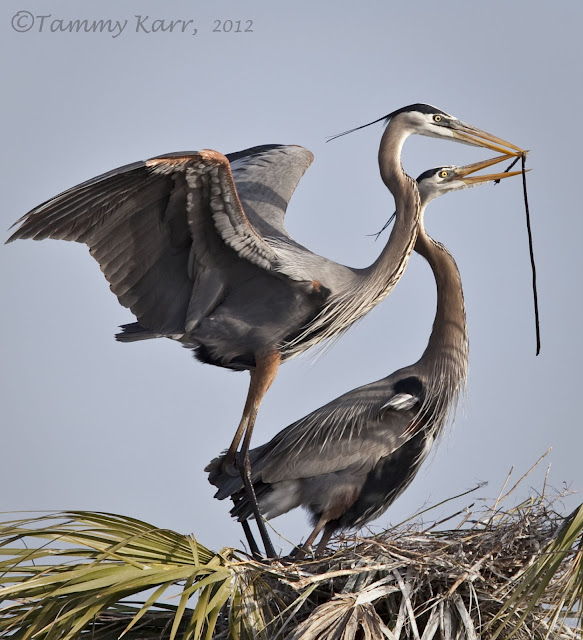 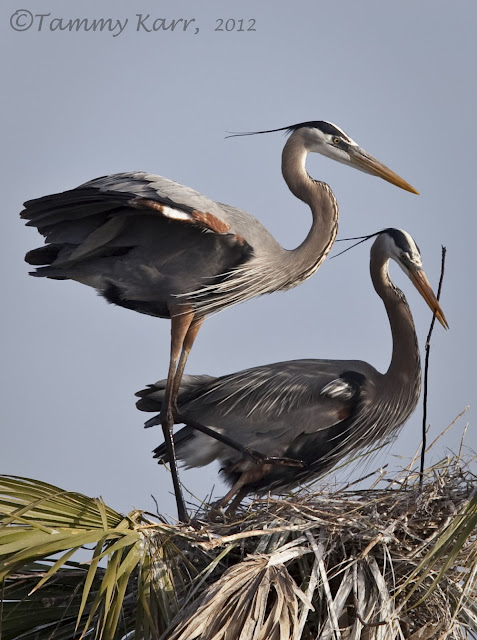 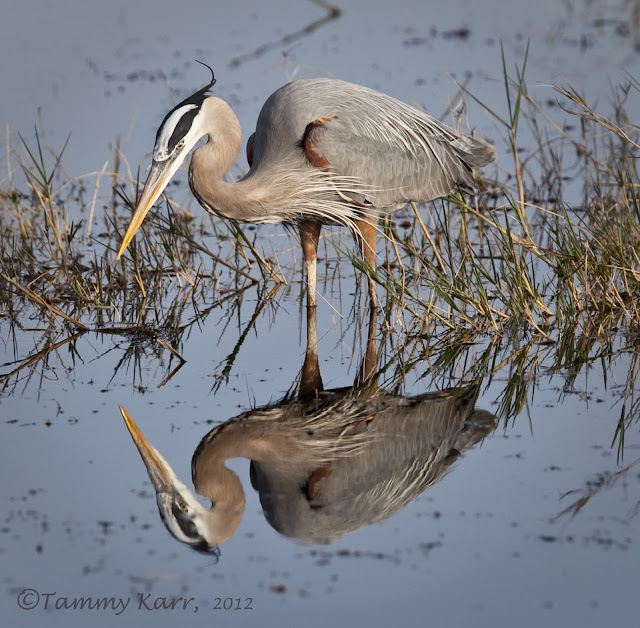 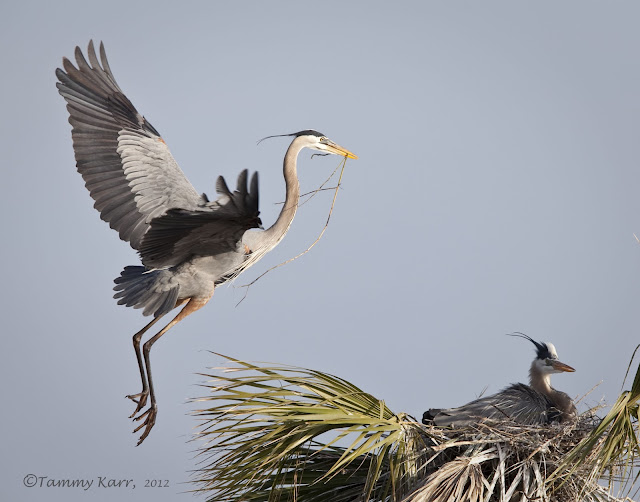 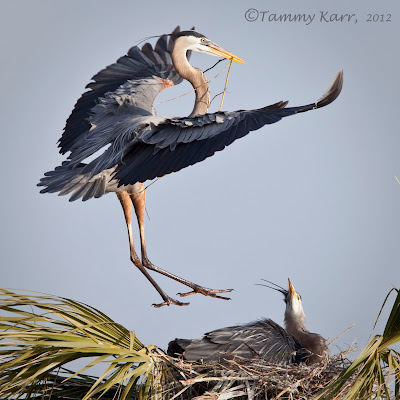 Stay tuned for the next post, to see what was happening in a neighboring nest!
Posted by Tammy at 11:02 AM