Changing things up this week, I headed over to the wetlands after work on Monday. I decided to diverge from the usual activities as I noticed the sky displaying some unusual cloud formations. The wetlands is a great place for sunsets, which I thought these clouds might bring. 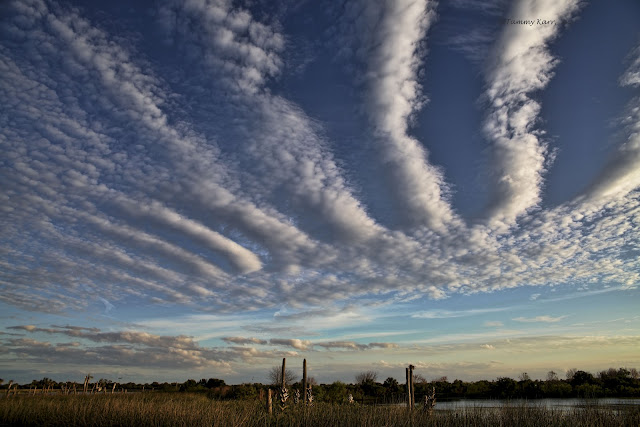 I saw the usual variety of herons, waterfowl, songbirds, and raptors. I also spotted a Wilson's Snipe, which I have only seen there on one other occasion. This fellow only made a split second appearance and was off. This is a photo of the one I saw at the Wetlands in November of 2010. 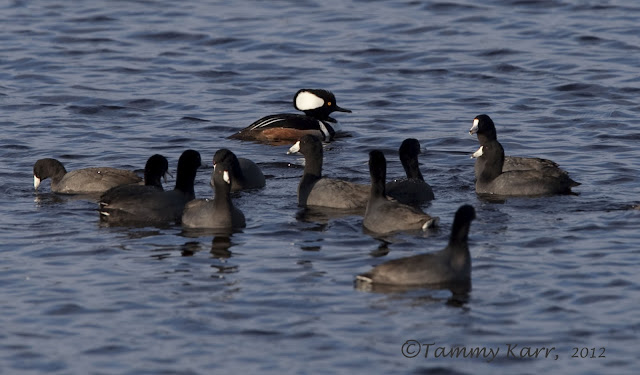 This Hooded Merganser was doing its best to camouflage itself among the hundreds of Coots. 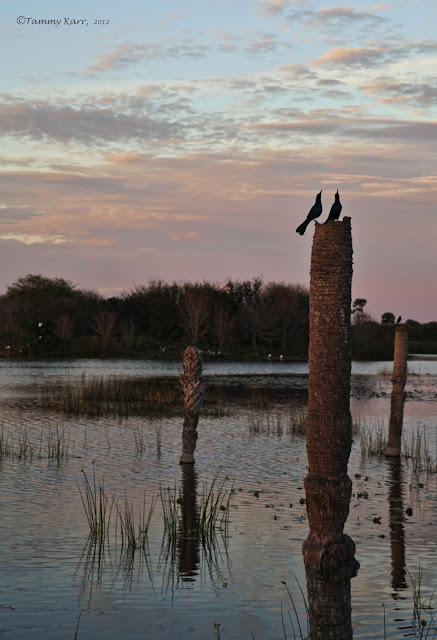 Most of clouds dispersed by the time the sun went down, but we enjoyed the sunset none the less. 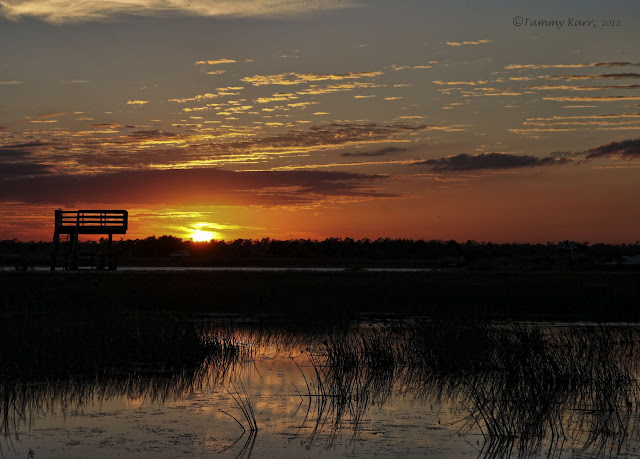