My son and I made an impromptu trip to Jetty Park late Friday afternoon hoping to catch the launch of a Delta rocket, as well as, of course, some birds. We were able to manage alittle bit of both!  Jetty Park is located in Cape Canaveral and is home to a beautiful beach, a very large fishing pier, and a campground. We walked to jetty first, catching sight of some fishing Brown Pelicans, Royal Terns, and a few gulls. We then headed up the beach to see a flock of gulls. Ring-billed and Laughing Gulls were there in large numbers.

This guy was bracing himself for the very large gusts of wind that were whipping sand across the beach. I realized with only one minute to spare that it was nearly launch time. I was thankful we didn't miss it as this was the third attempt at launch. 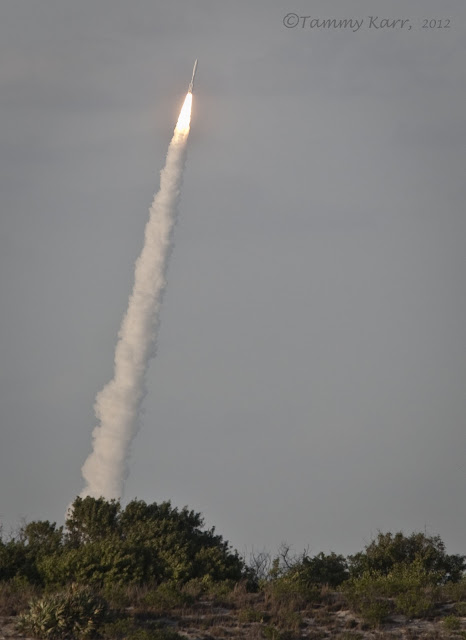 We next ventured to the boardwalk, scanning the growth for some song birds. There were several Mockingbirds singing. The sun was beginning to set as we saw two Gray Catbirds playing in the hardwoods. We also saw a Yellow-rumped Warbler.


We then headed back to the beach and I was very glad we did as a very large mixed flock was settling in for the evening. The highlight for me was watching the Black Skimmers.