Friday's adgenda didn't include a trip to the wetlands, but somehow we ended there anyway. Many of the winter time visitors are now noticeably absent, especially the ducks. Blue-winged Teals were the only species I noticed. I did encounter this American Bittern who spotted me at precisely the same time I spotted him. The Bittern immediately struck a pose in an attempt to camouflage itself in the reeds. I took one quick photo from the car and moved right along.

The next stop was near the herons. I once again arrived as a heron parent was arriving to deliver a meal. The juvenile Great Blue Herons went into a frenzy as they waited to be fed. They repeatedly grabbed and stabbed at their parent and once the food arrived the frenzy became between the two young birds. They ended up in a tug a war match with the fish with one chick being victorious as it swallowed the whole thing. The sibling seemed less than pleased and poked around the nest for any crumbs. 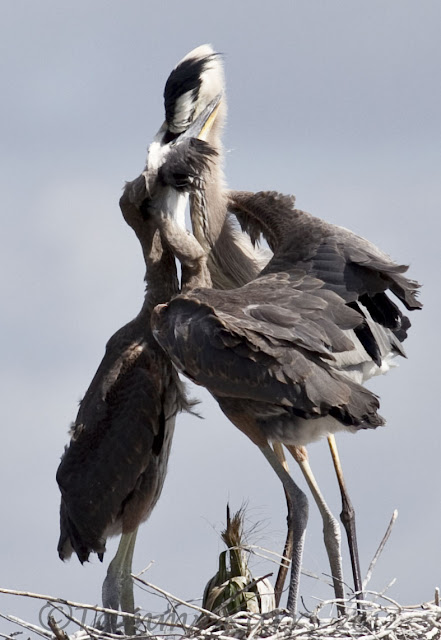 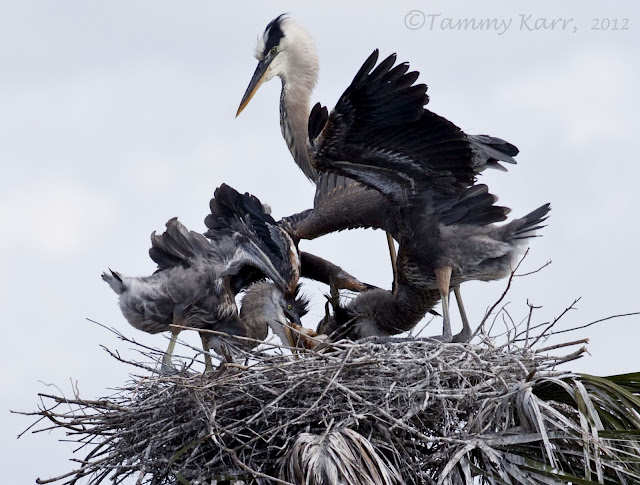 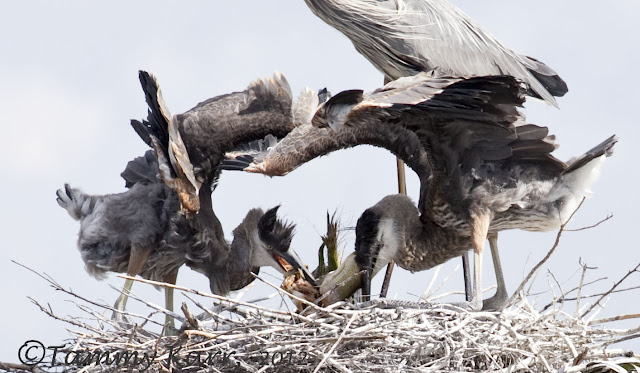 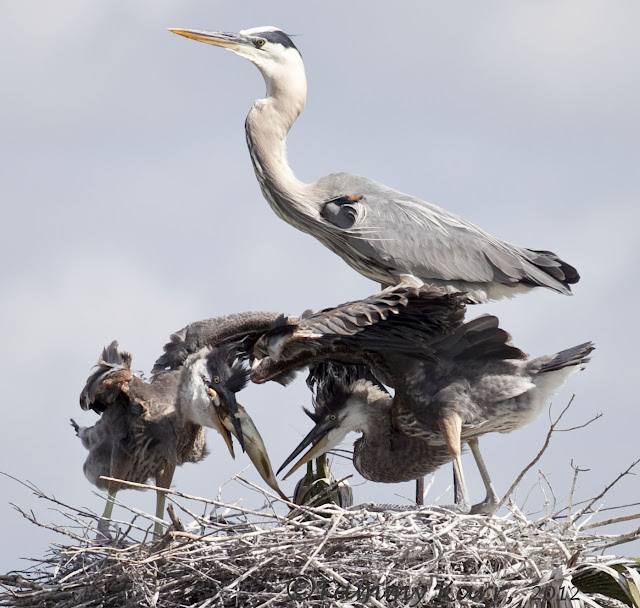 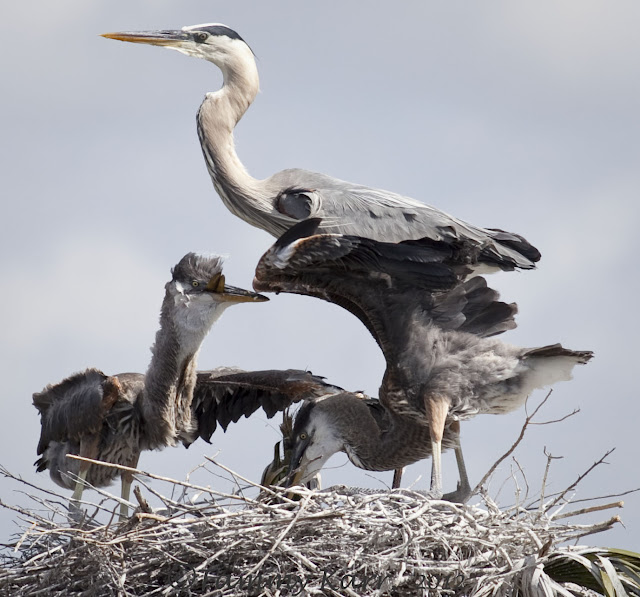 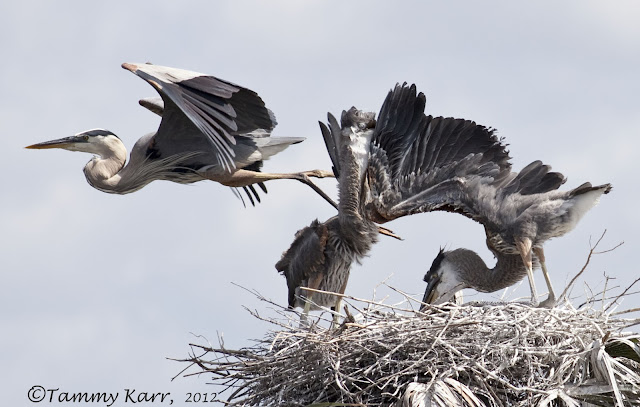 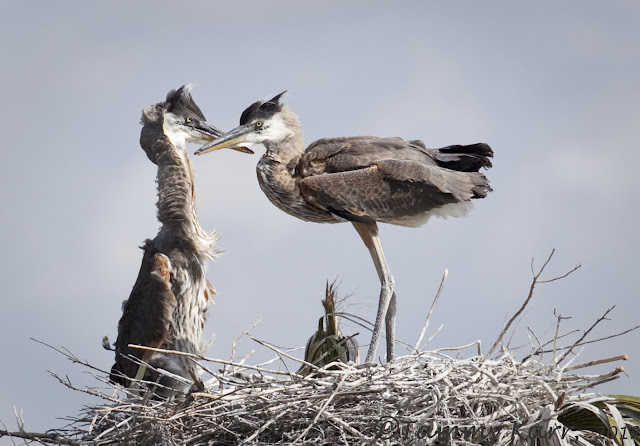 An Anhinga family that nests on the lower part of the same palm as the herons was visible today. These chicks seemed to be making similar demands, although much less aggressively. 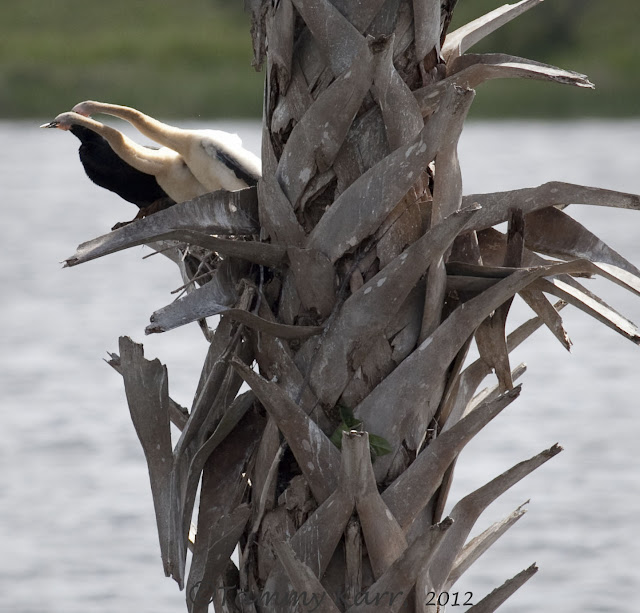 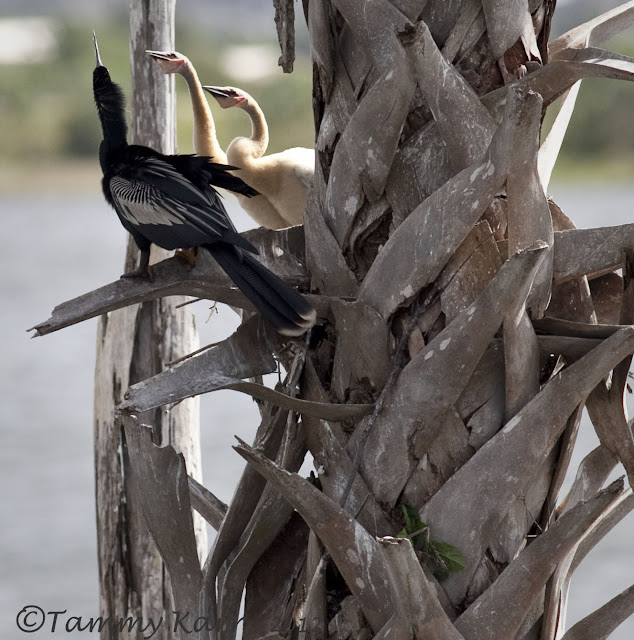