If you visit the wetlands around dinner time, chances are you may not be the only one with a grumbling stomach. This is also the time when the American Alligators like to eat. You will notice the majority of the Coots and Ducks all gathered on the shore as they also know what time it is. Being opportunistic feeders, Alligators regularly consume Coots and ducks due to the abundant numbers of them at the wetlands.

Without having to move a foot, as I watched the new lives of the Great Blue Heron chicks unfold, I also observed of the end of a life of an American Coot. An alligator happened to bring its dinner ashore where a group of us were standing watching the chicks. Turned out consuming the Coot was going to be a lot of work for this gator, for more reasons than one. 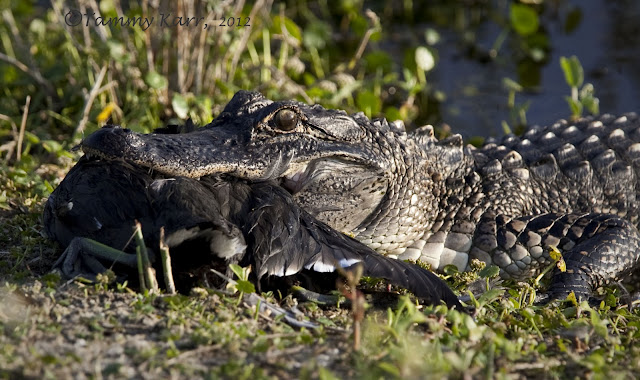 The gator happened to catch a Coot that was much larger than what it was able to swallow. Gators will usually drowned their prey then bring it to the shore to swallow it. Alligators typically swallow their prey whole. 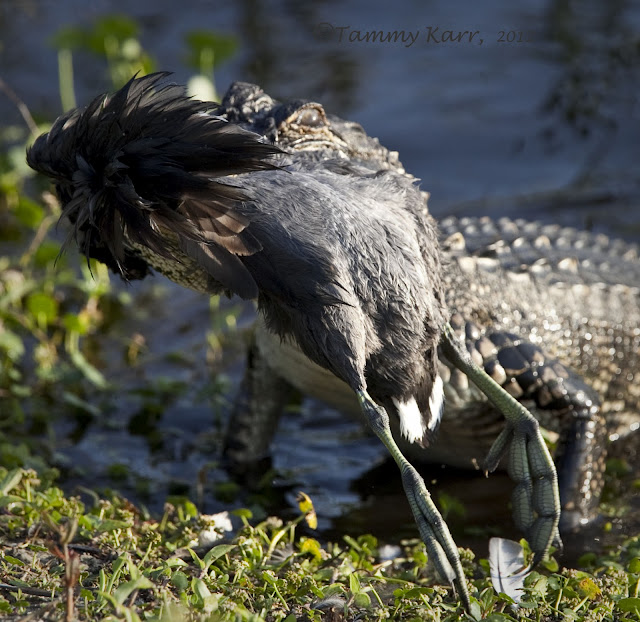 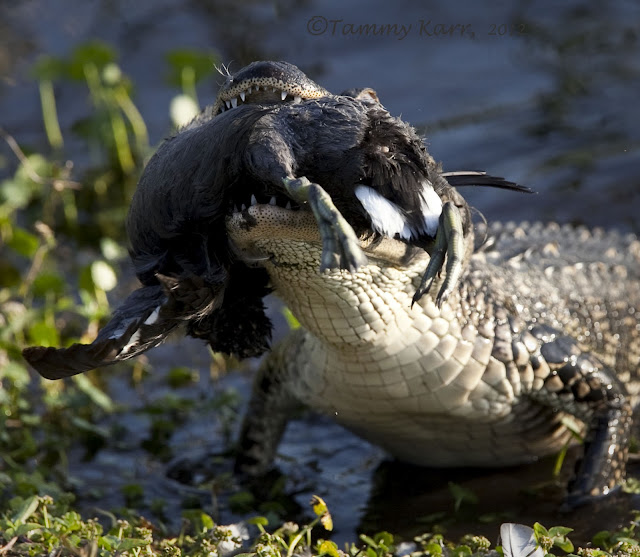 The alligator turned the bird in an attempt to swallow it head first. 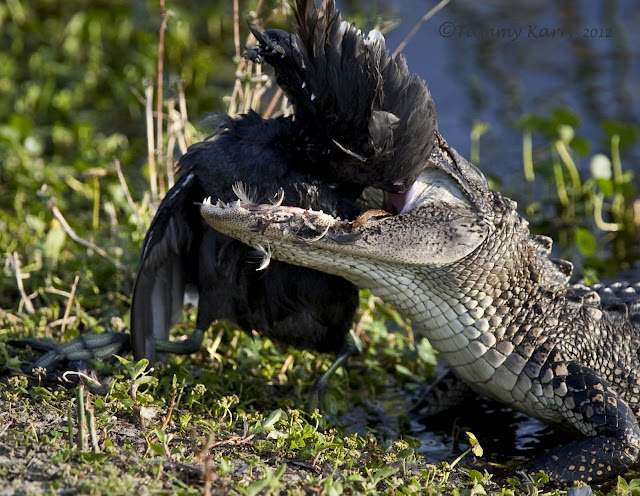 The gator was still unable to swallow the prey after several attempts. The gator took frequent breaks, where it was seen breathing hard from the effort it took to try and consume its meal. The gator then tried to reduce the size of the prey. I have never seen this process at such a close distance. 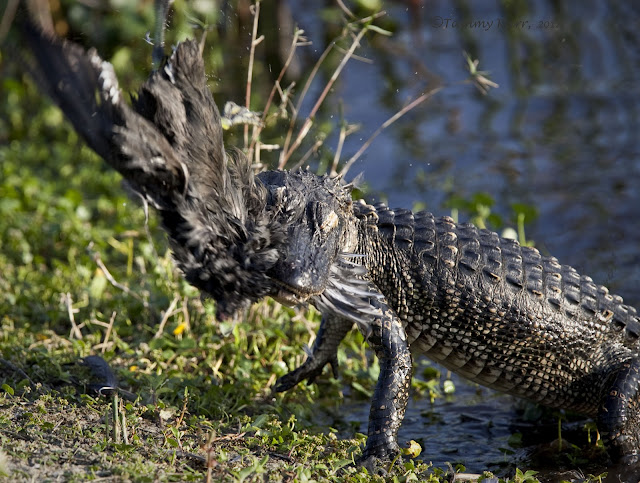 The Gator twisted, flipped, and slammed its prey trying to remove pieces. The Gator will usually eat the pieces it removes, but this Gator left the pieces aside as it was more interested in the body of the bird. 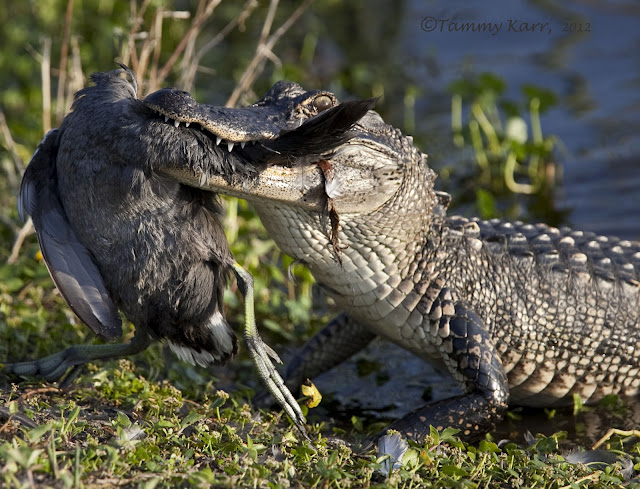 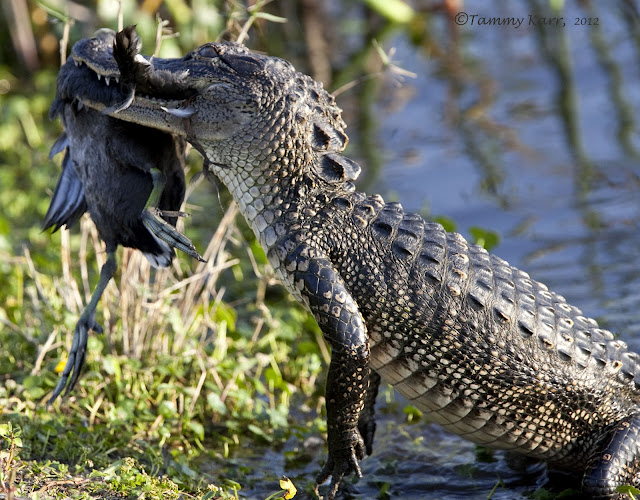 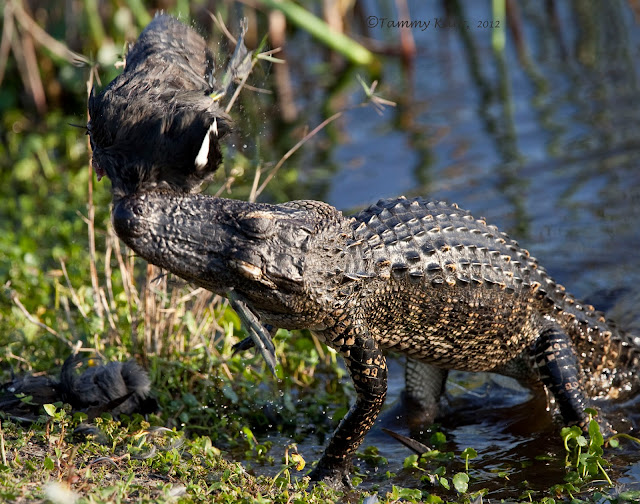 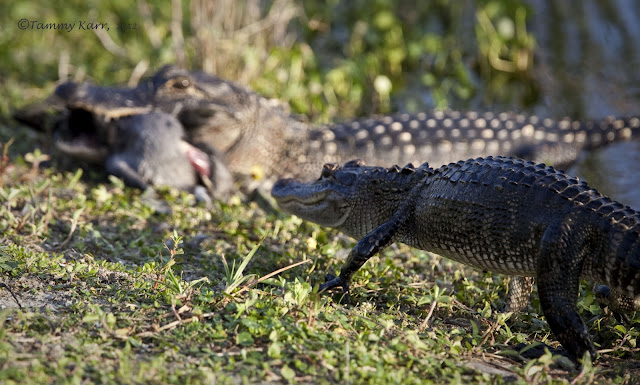 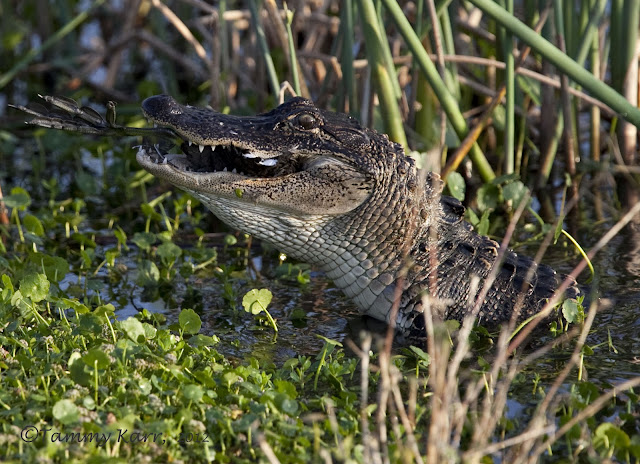 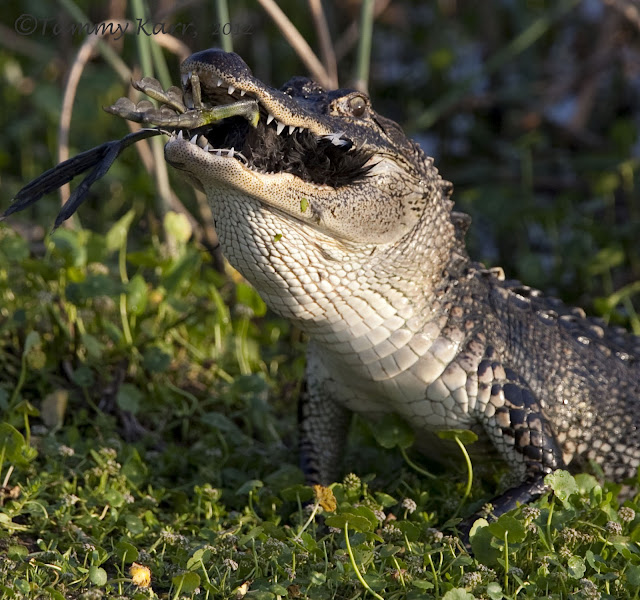 But the delinquent, this time with a little more stealth, was back. He got a bit closer this time, but the larger gator took off again. The smaller gator then decided to just eat the leftovers. 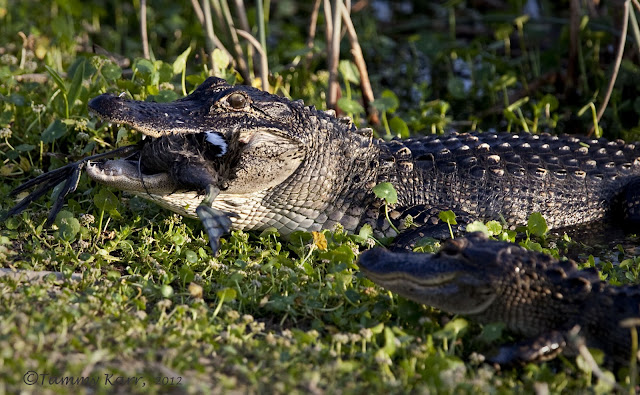 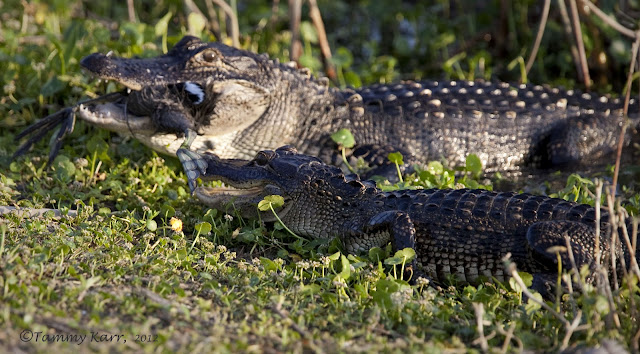 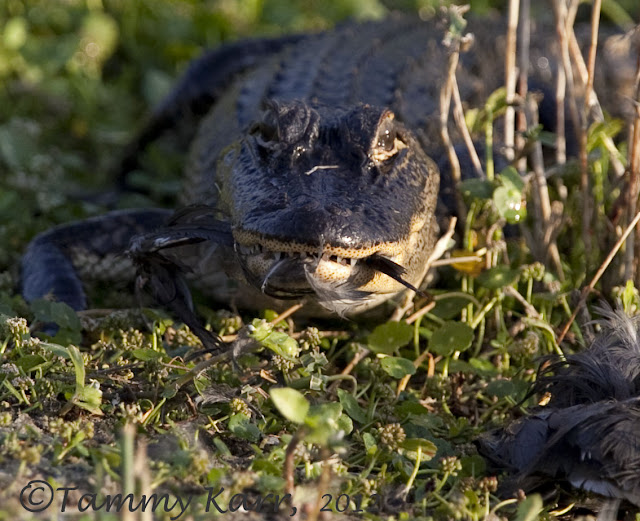