The Ospreys that I saw while visiting the Florida Keys last weekend put on quite a show. This guy looked like he was practicing his balancing skills.

There is a large population of Osprey throughout the Keys. Driving along the Overseas Highways, I noted numerous elaborate nests that were currently being occupied by Osprey. I also had a chance to see this pair starting their nest. 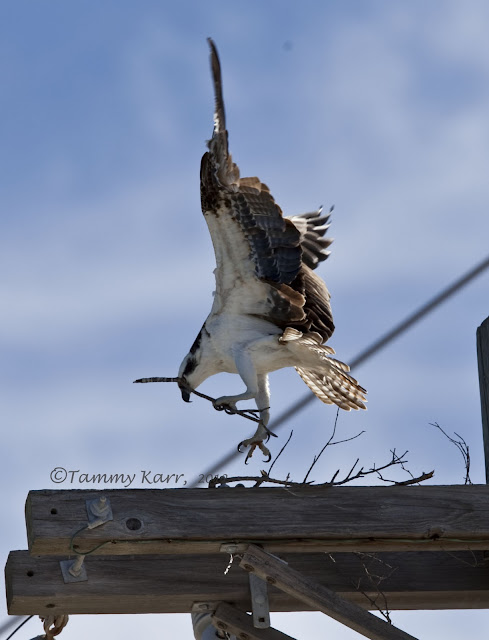 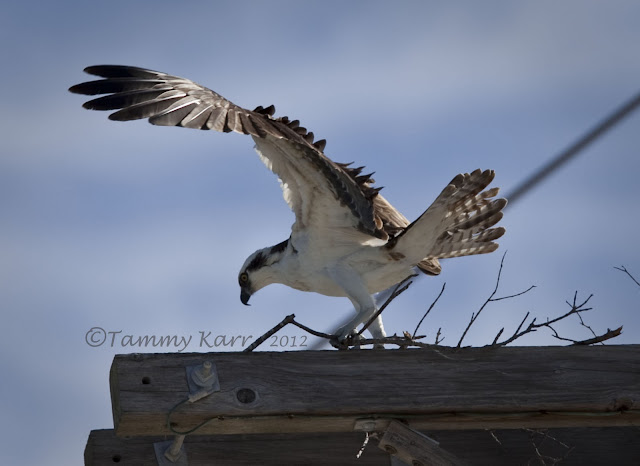 I watched the Ospreys from an area called "Tea Table Relief", which is located just north of the bridge to Tea Table Key. The Ospreys made repeated attempts to break branches off the nearby low lying mangroves. They worked hard for their nesting materials, which is why I felt bad for them as most it fell to the ground. 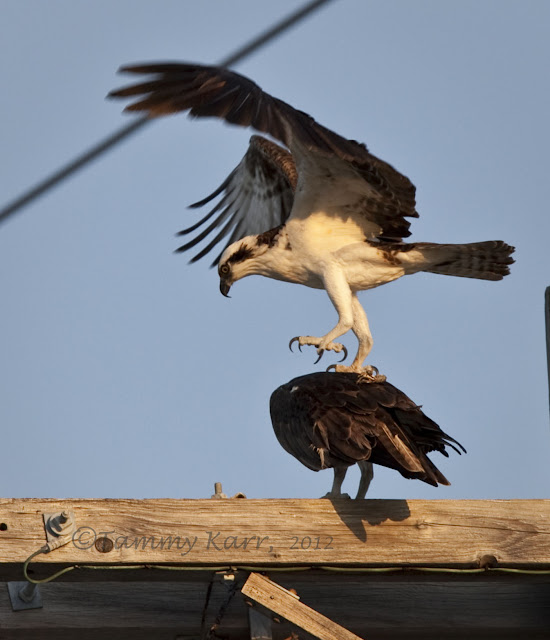 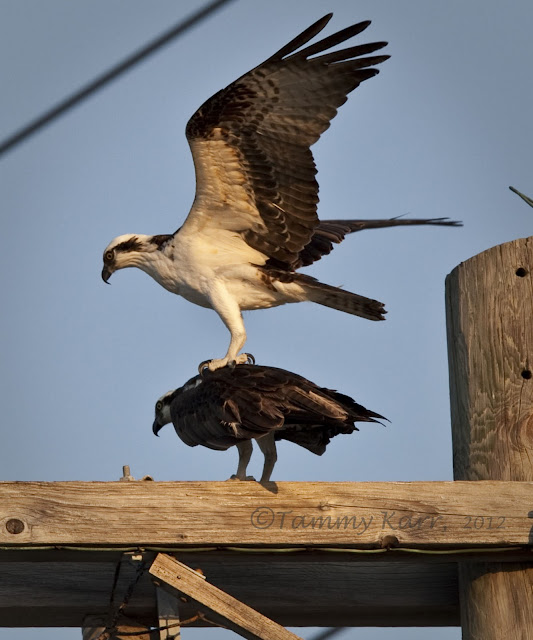 This Osprey was apparently getting on his partner about dropping all the nesting material!
Posted by Tammy at 3:45 PM