I met up with my first bird of the year New Year's morning as I walked out on a dock along the Indian River at sunrise. The Great Blue Heron and I were equally startled by our unexpected encounter.  Brown Pelicans, Cormorants, Laughing and Lesser Black-backed Gulls, hundreds of Lesser Scaups, Belted Kingfisher, and Ospreys were also observed.


My son and I headed out Wednesday morning for a day trip up the coast. Our first stop was at the Ponce Inlet, which is just south of Daytona Beach. We walked out on the fishing pier scanning the calm ocean waters as well as the rocks along the jetty for birds.

We saw this Snowy Egret with an injured foot at the entrance of pier. It later made its was to the end of the pier where it tried to get a free hand out from the fishermen. Ruddy Turnstones were the only birds we saw along the rocks. We saw about a dozen Northern Gannets fishing offshore.


On the beach there was a large, mixed flock of Terns, Gulls, and Skimmers.


Next we headed south to Smyrna Dunes Park, which is on the other side of the inlet. 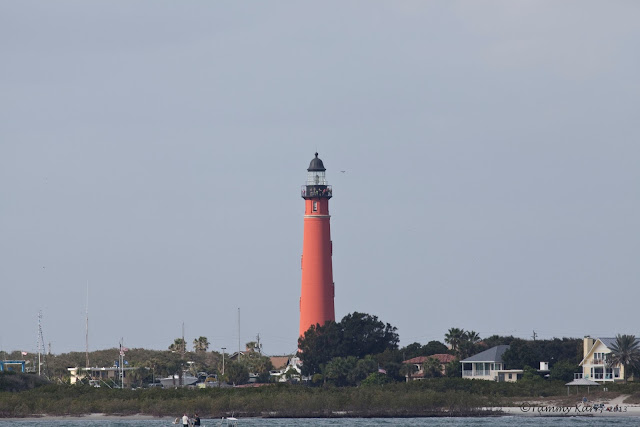 We walked along the 2 mile boardwalk that winds through the dunes. We only saw a few birds, Loggerhead Shrikes and Palm Warblers. We saw quite a few Gopher Tortoise burrows, many of which had Tortoises nearby. 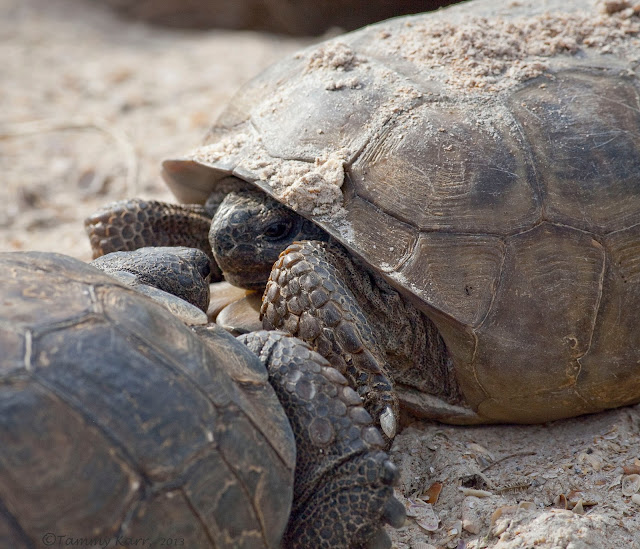 We came across this pair that was engaging in some interesting courtship behaviors. They initially stood about 5 five feet part with the male (I think) bobbing his head rapidly up, down, and  sided to side. 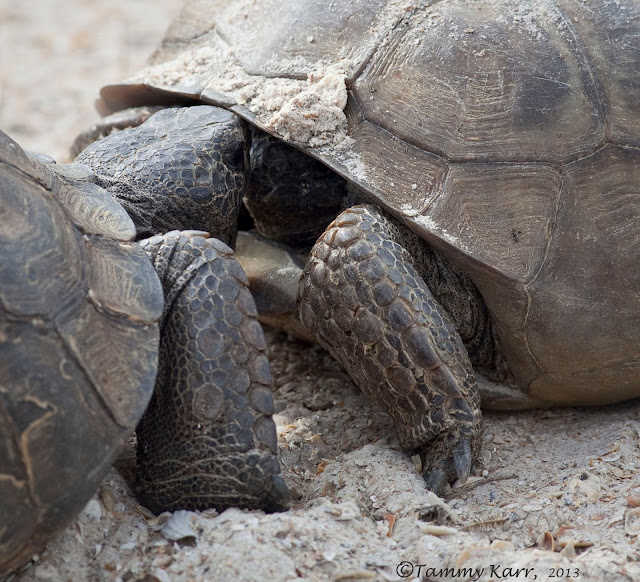 He then approached the other tortoise who retreated into her shell. 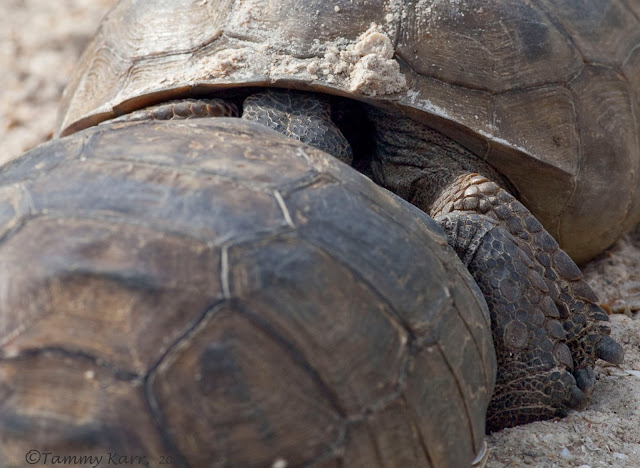 The male pushed his head into the other tortoise's shell and began pushing her around. The female tried to leave with the male following close by. 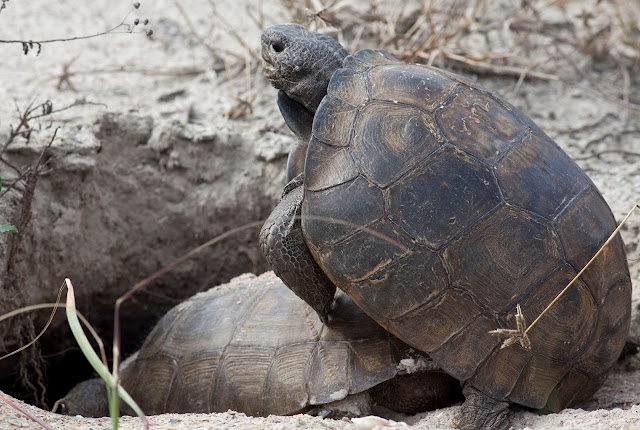 They both went tumbling into the burrow. 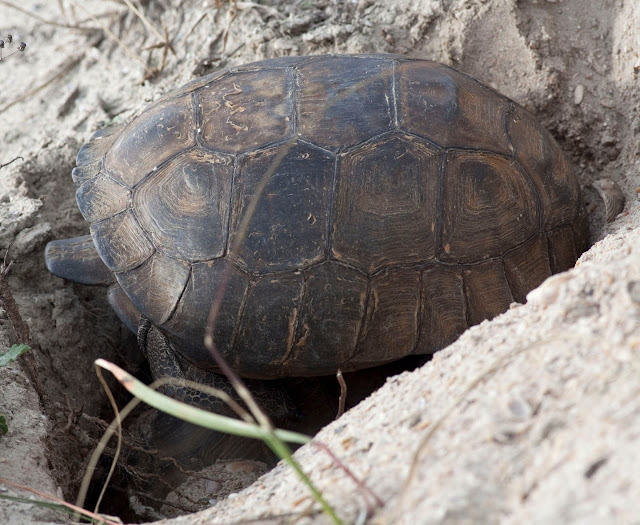 The male quickly came back out. He then walked around, ate some leaves, and decided to return to the burrow.... 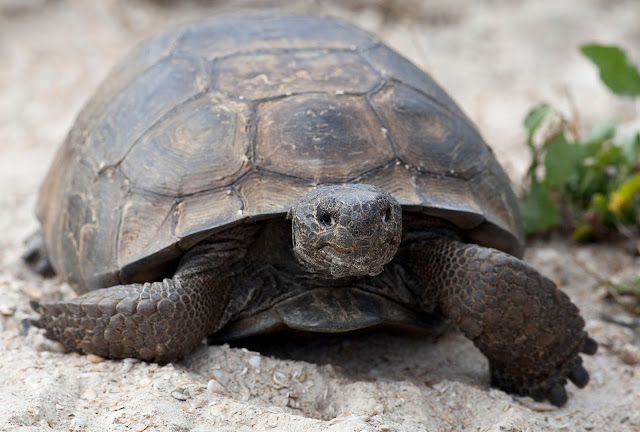 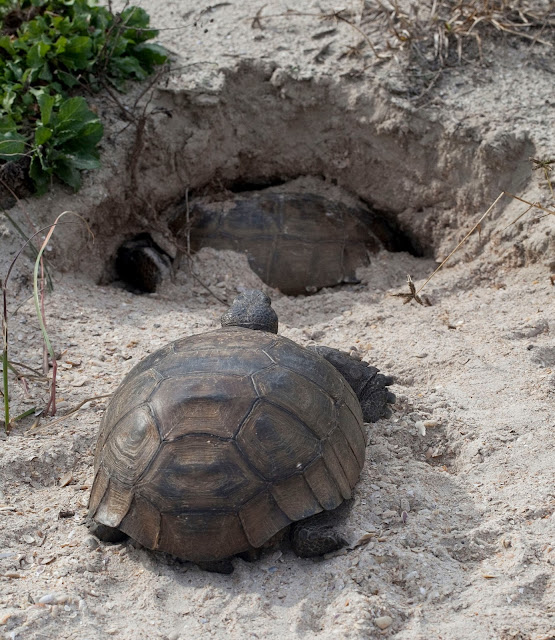 We walked by about 20 minutes later and he was still waiting.
Posted by Tammy at 4:46 AM