American Robin.....On Sunday, I saw the normal winter mass of American Robins feeding on the Brazilian Pepper berries at the ponds. As I was scanning the mass, I noticed one particular Robin stood out from the group. It was this leucistic Robin whose very light coloring stood out against the dark leaves. This was the first time I've seen a Robin with this condition. 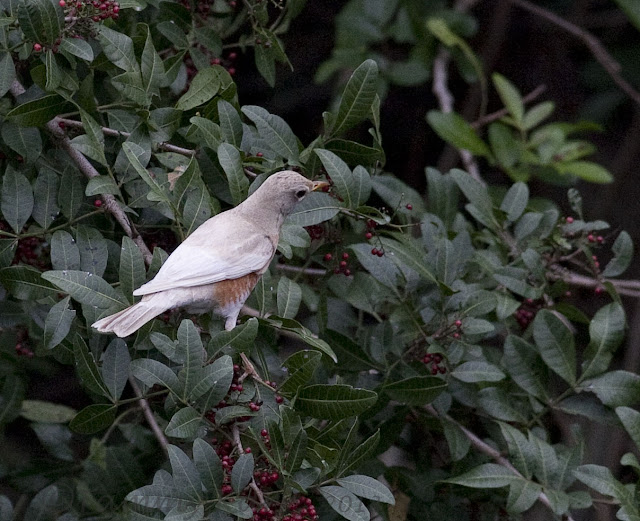 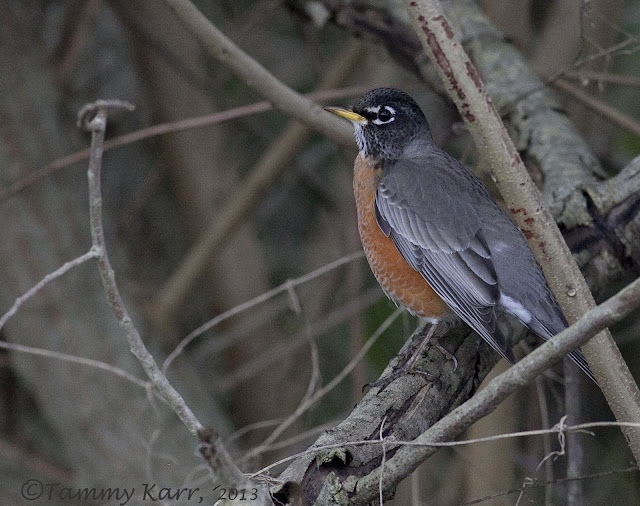 White Ibis...On Monday morning, the not so typically hued bird sightings continued. I was pulling out of a parking lot, 7-11 of all places, when a brightly colored bird among a group of White Ibis caught my eye. My view was somewhat obstructed and my first thought was what in the world is a Spoonbill doing foraging in the mulch??? 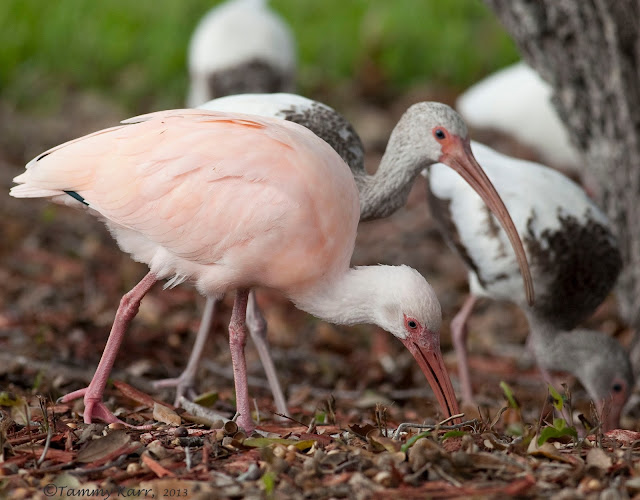 I decided to go back and take a closer look. It turned out to be a "Pink" Ibis, a White Ibis with some Scarlet mixed in there somewhere. I had never seen one these before, but it turns out these are seen around Florida from time to time. 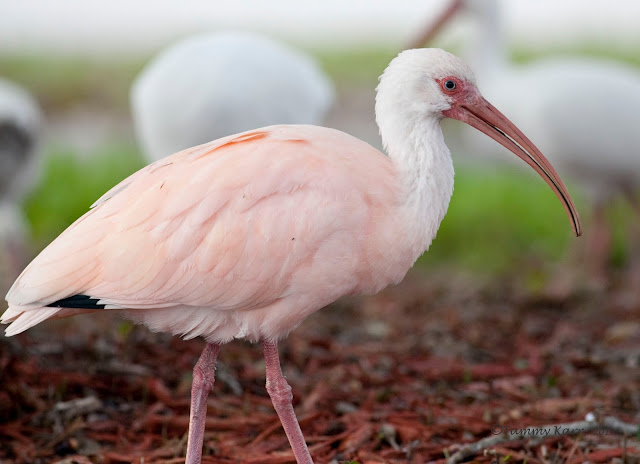 The Ibis with the lizard cracked me up. There was actually a little lizard tug-a-war going on between an adult and juvi before I took this photo,  but I didn't have my camera out of the bag yet.

Well, Tuesday came along and it was back to work and back to the normally hued birds!!!
Posted by Tammy at 3:59 AM