We went to Jetty Park early Sunday morning to see if the Razorbill reported Saturday afternoon was still around. I felt hopeful as we pulled up and saw a small crowd of people checking out some action in the channel. It turned out to be a submarine navigating its way out of the port, which was pretty cool to see, but not quite as cool as a Razorbill would have been... 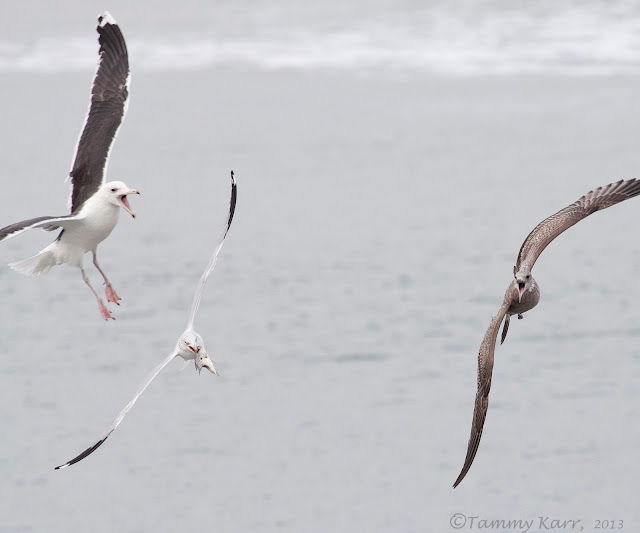 Gulls never seem to let any birds (or people) eat in peace. If a bird is brave enough to return to the beach with its catch, they can be sure a hot pursuit is imminent. As we walked out on the jetty, we saw this Ring-billed Gull getting a taste of its own medicine as it was relentlessly tagged teamed  by a Great Black-backed Gull and immature Herring Gull (I think). 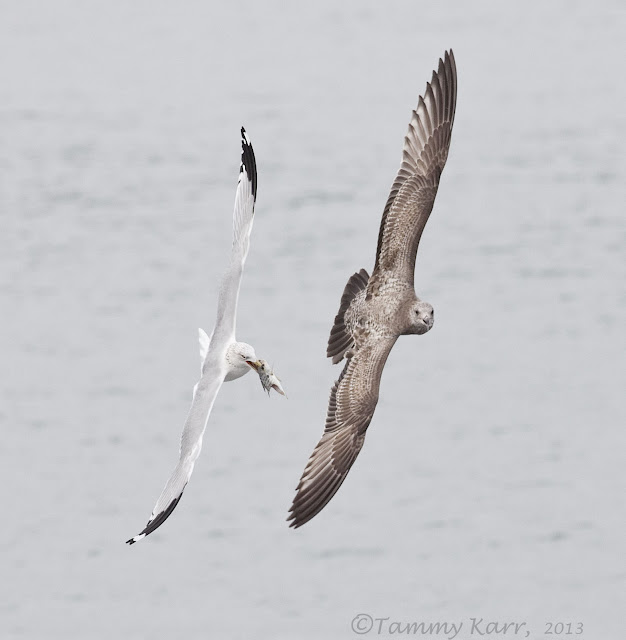 The Ring-billed Gull didn't seem intimidated and held on to its meal.  I lost sight of them after a few minutes, so I missed the final outcome. 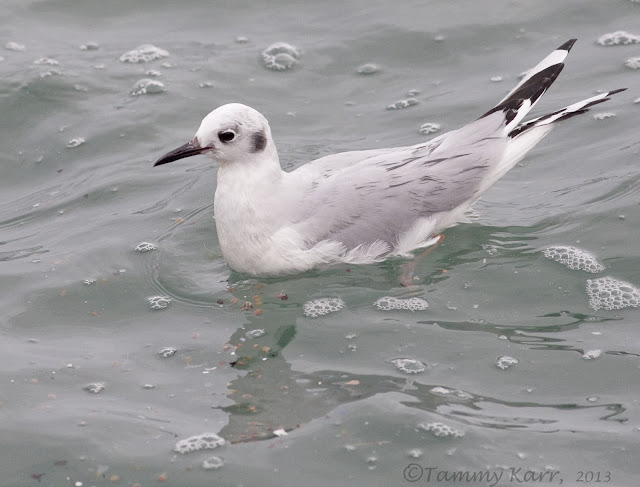 I saw this Bonaparte's Gull floating close to the rocks along the jetty. These handsome birds look similar to the Laughing Gulls that heavily populate the area year round. 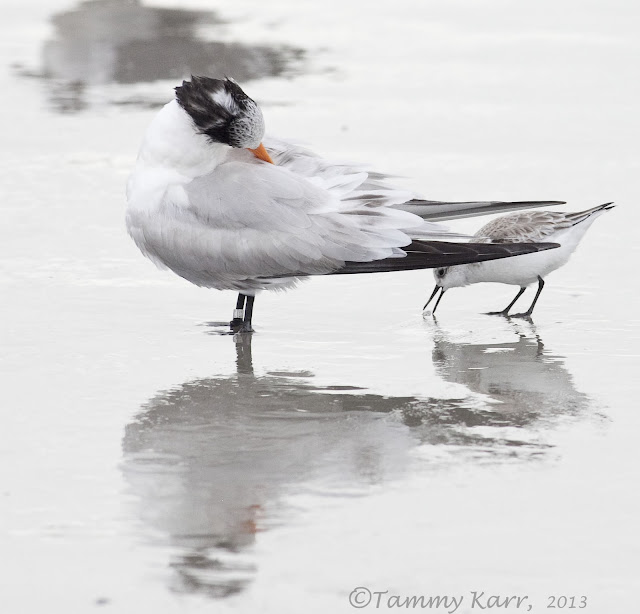 This Royal Tern didn't seem to the Sanderling that was foraging underneath him. 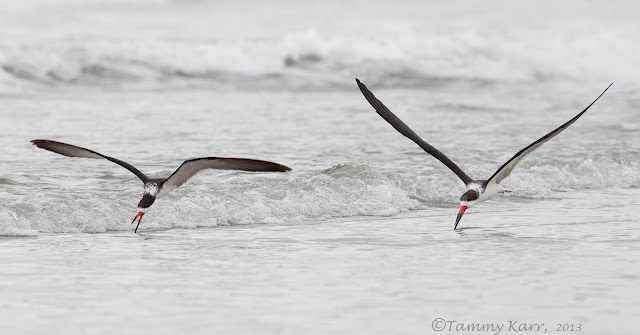 There is always a large group of Skimmers at Jetty Park. The flock can usually be seen resting on the beach. A few of the Skimmers decided it was feeding time, and put on quite a show as they skimmed back and forth along the beach. 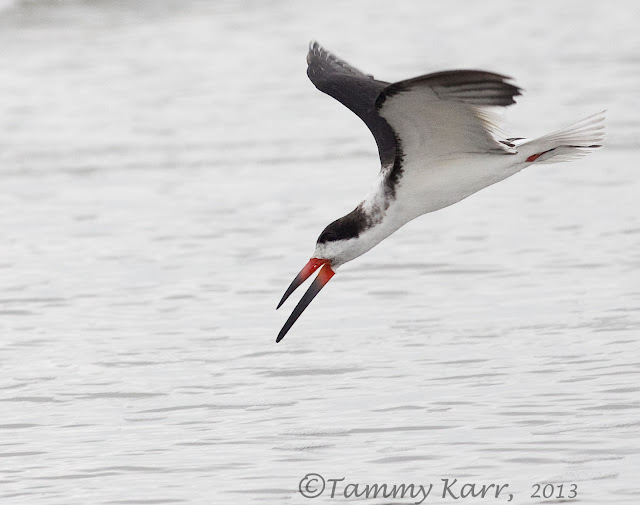 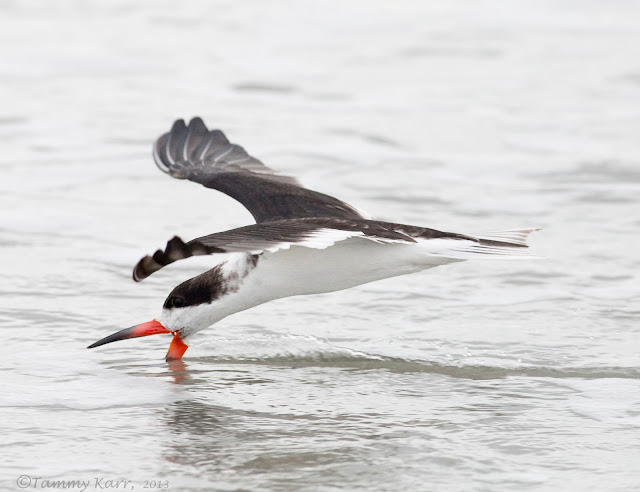 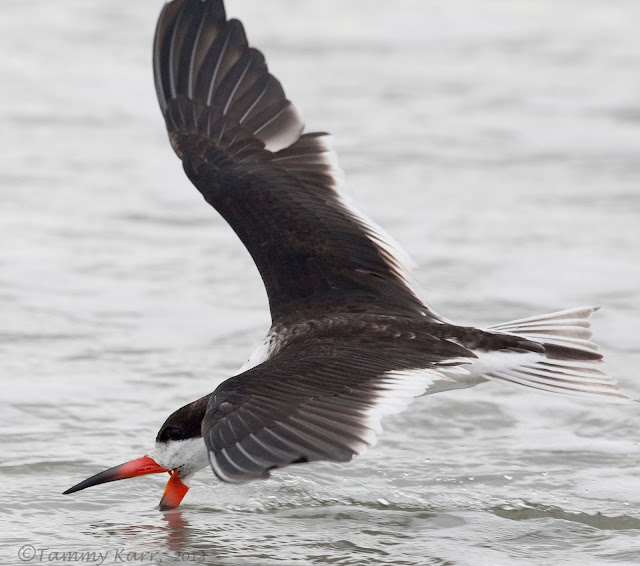 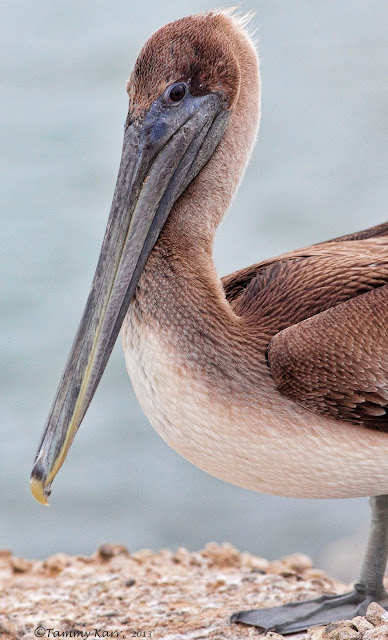 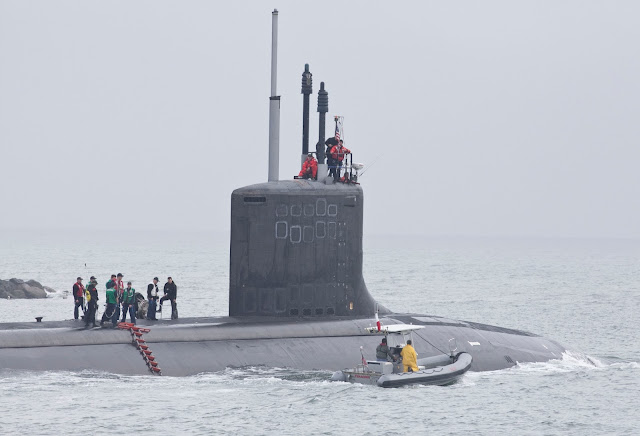