My son and I took a long overdue trip to the wetlands this morning. I had planned on walking the loops, so I was happy to see the "open to foot traffic only" sign waiting to welcome us. The birds were very active at this early hour, especially with the absence of human activity. The first cell continued to be occupied by a plethora of Great Egrets mixed with a few other waders, including Spoonbills, Snowy Egrets, and Ibises. We saw a large flock of female Red-winged Blackbirds gathered together in the reeds.


We came upon this young Loggerhead Shrike, a cute little fellow,  standing on top of a headless palm.


Several cells had very low water levels, which appeared to be attractive to a group of Least and Spotted Sandpipers.


This lone Black-necked Stilt stood nearby.


The Stilt was soon join by a second Stilt. The Stilts were enjoying the company of one another, until...


A Tricolored Heron tried to join them. But, as the saying goes, three is a crowd.


The pair of Stilts decided to move along. 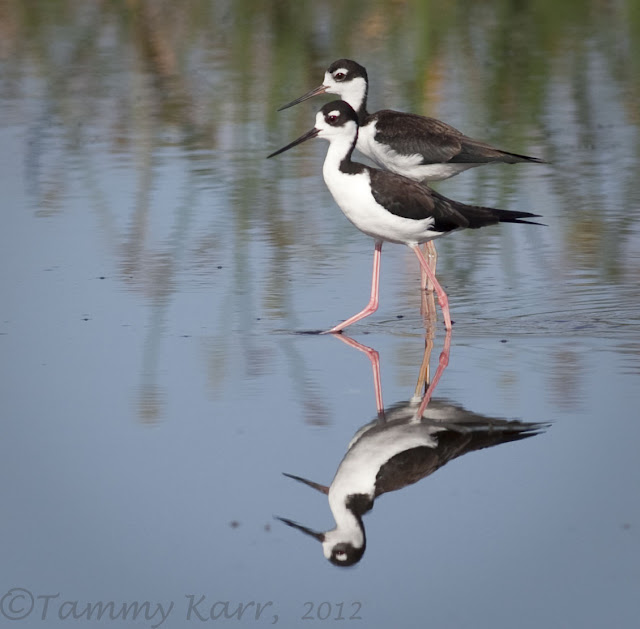 The action was not limited to just the land; birds were passing by overhead continually.  Unfortunately, I was a little to slow to capture most of them.