Cormorants and Anhingas are two common Florida birds that share many similar characteristics. They both have long, snake-like necks and can be seen perched along coastal areas, rivers, lake, or ponds. While Anhingas tend to prefer fresh water, and Cormorants salt water, I often see them cohabiting areas, such as the brackish lagoon and the wetlands.

Cormorants, like Anhingas, do not have oil glands because their feathers are not water repellent. This benefits both species by allowing them to move easier underwater while foraging. 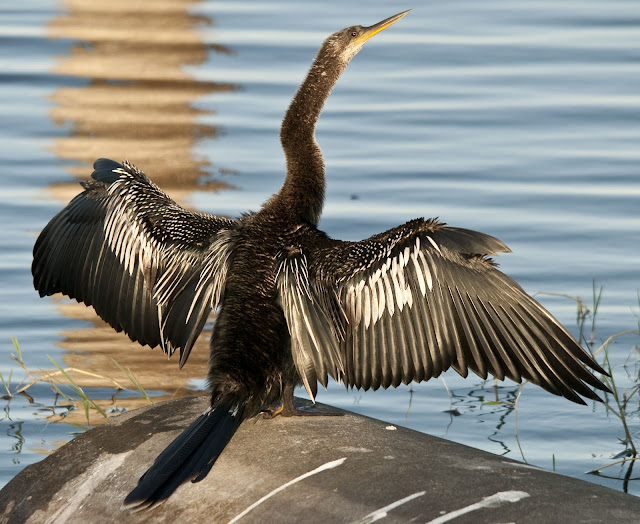 Cormorants and Anhingas are often seen taking advantage of Florida's sun to dry their non-waterproof wings. 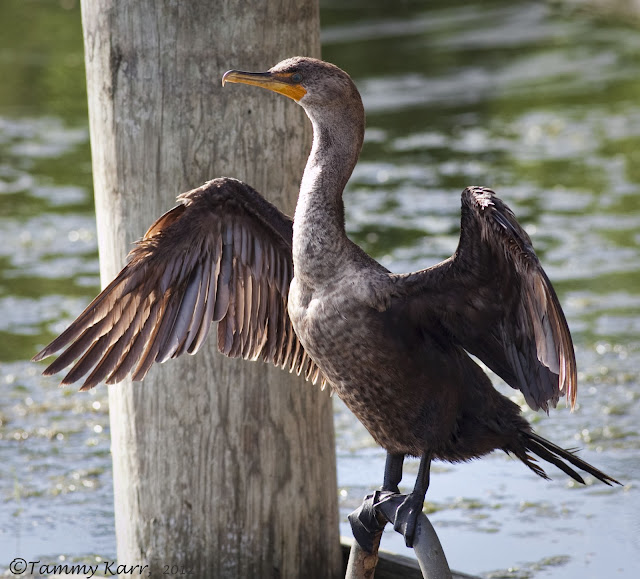 Perhaps the most easily identifiable difference between the two birds is their bill shape. 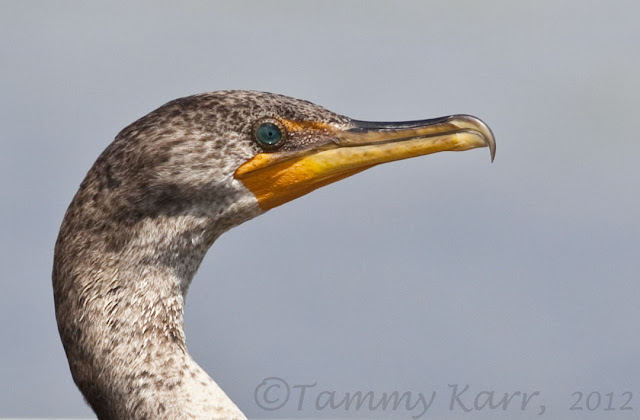 Cormorants have a curved, hooked bill opposed to Anhingas straight, long bill. In addition, Anhingas have longer tails and small, white markings on their backs. 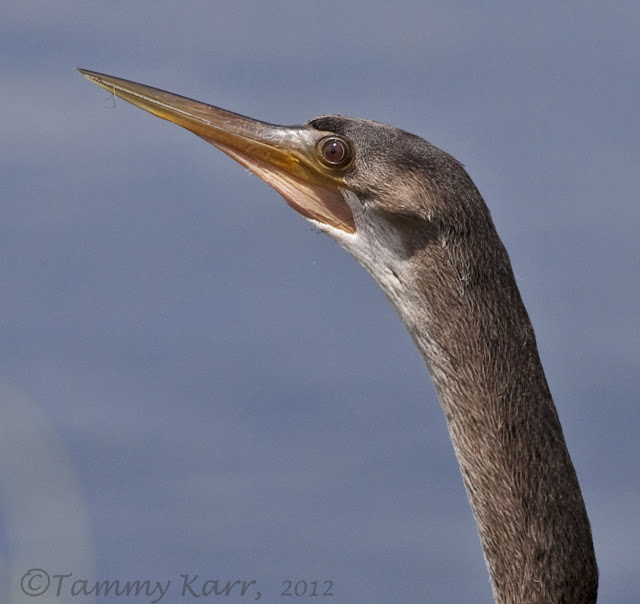 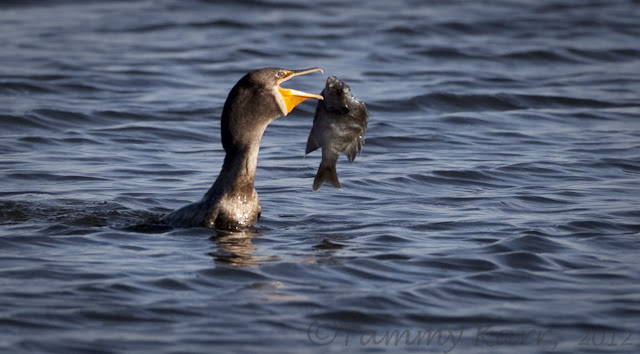 Both species forage below the surface of the water and feed primarily on fish. 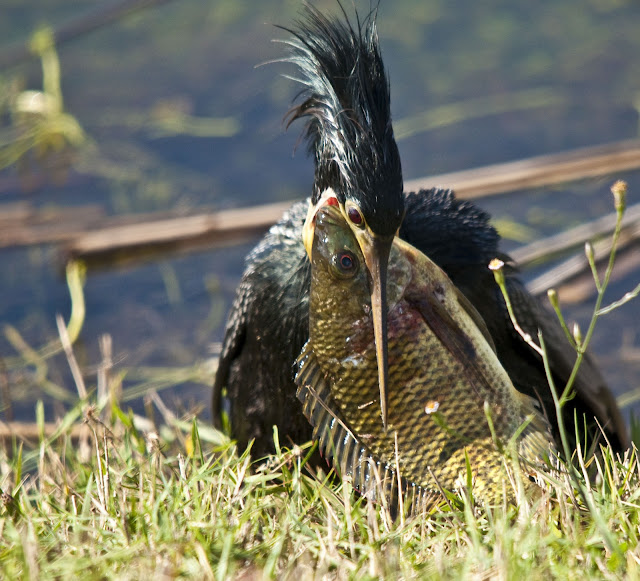 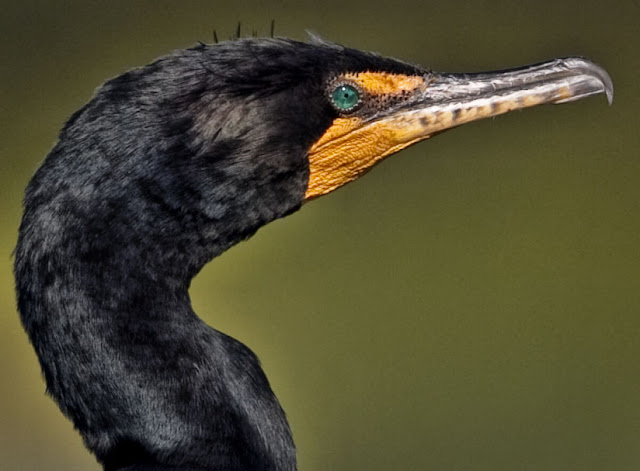 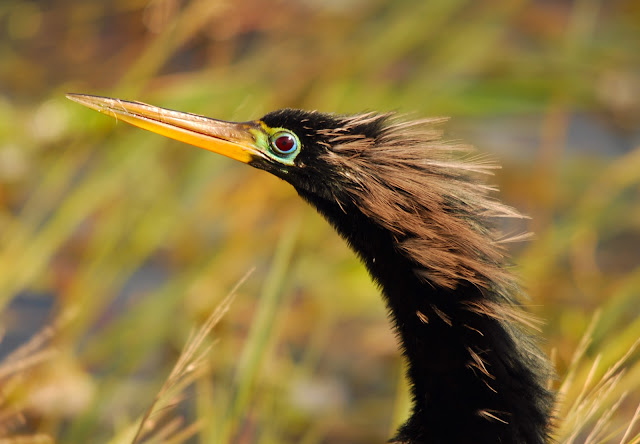