My tot and I took an early morning jaunt to the beach yesterday. He fit right in as there was quite a variety of youngsters around. We counted around 50 Black Skimmers on the beach, with about 5 of them being juveniles. The Skimmers were resting most of the time, but occasionally they would go out  for a quick skim. 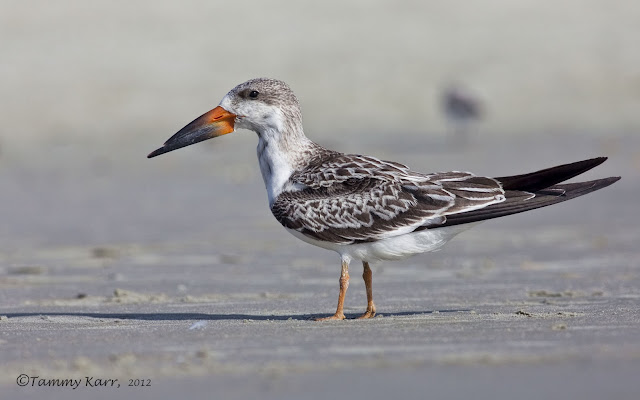 The beach was most heavily populated with terns, including numerous Royals, a handful of Sandwiches, and one Forster's. Several of these juvenile appeared to demonstrate behaviors that parallel those of our young children. This young Royal was definitely making its needs known...."mom, I'm hungry!" 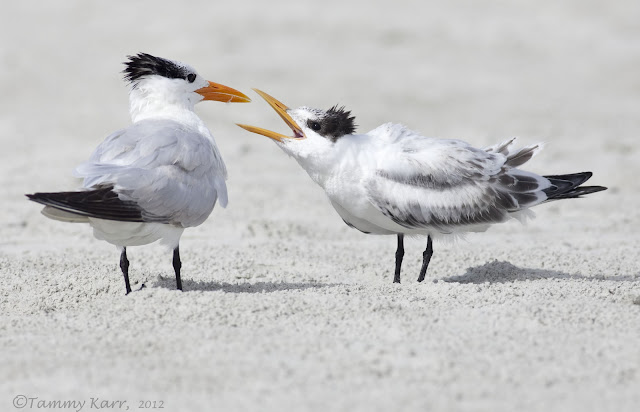 This young one had to touch everything it could get its bill on. From this angle, it looked like the tern was attempting to assault the sandpiper. (note~the Sandpiper's identify has been concealed for its own protection). 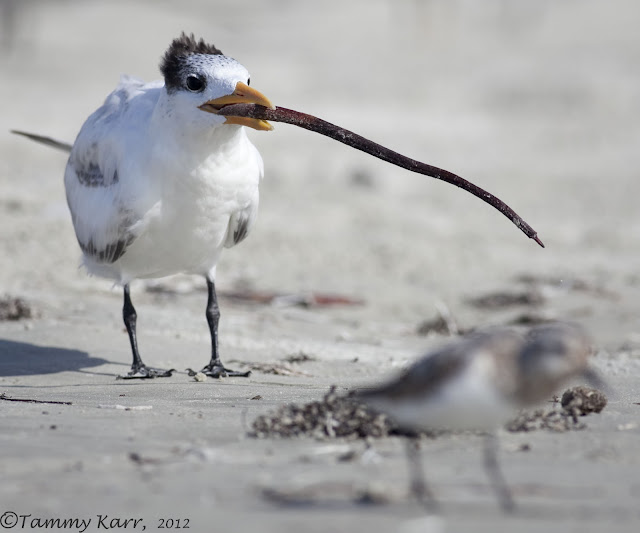 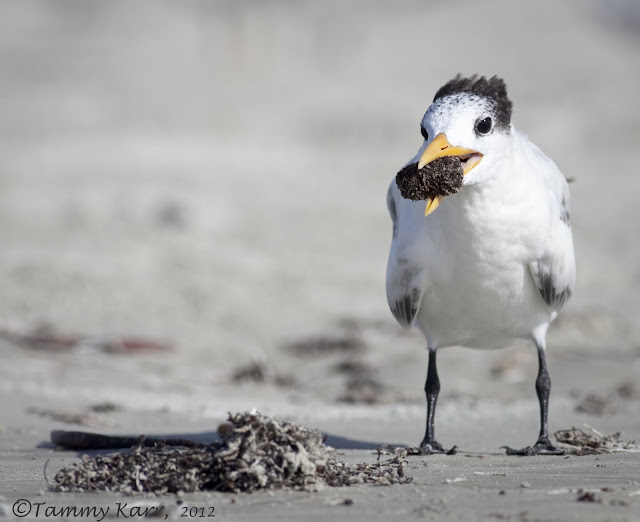 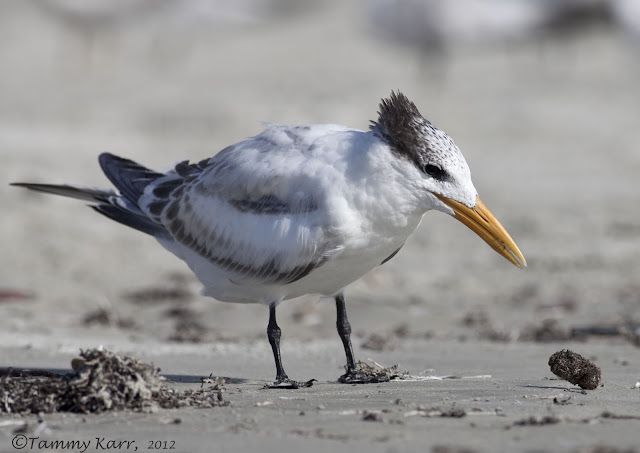 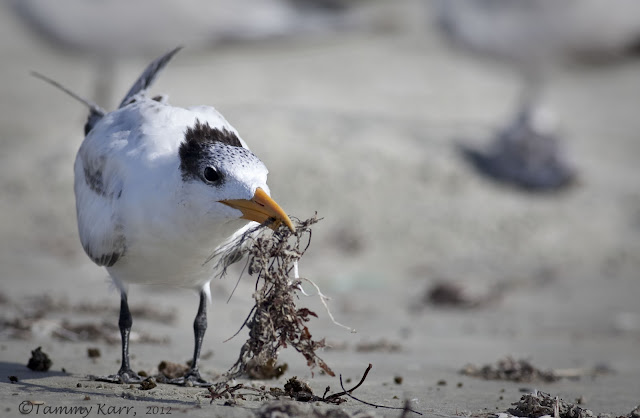 This lone Forster's Tern, which, as you can see, is much smaller than a Royal Tern, just kept to himself. 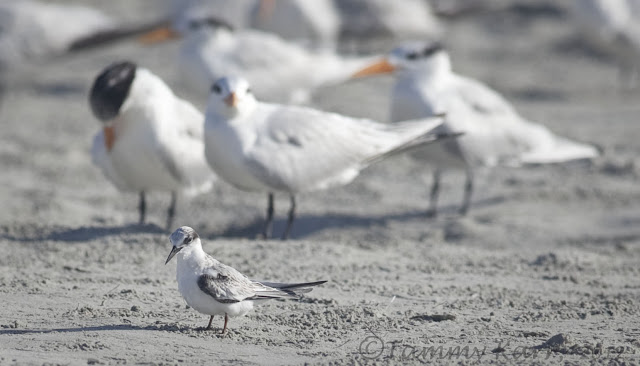 This juvenile Sandwich Tern wasn't up to much. 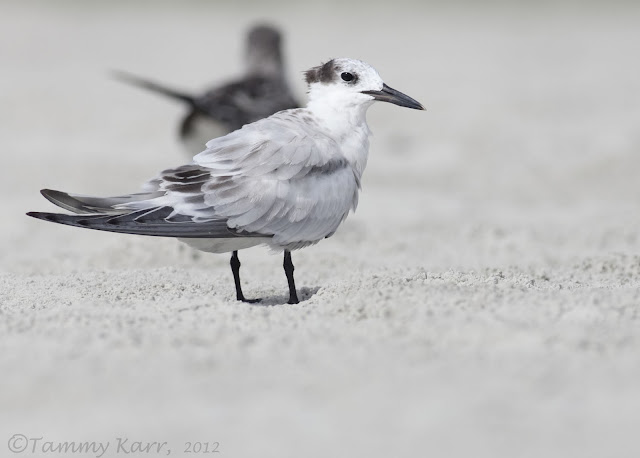 This is also a juvenile Sandwich Tern (I think) but it had some interesting looking legs that were orange and black. 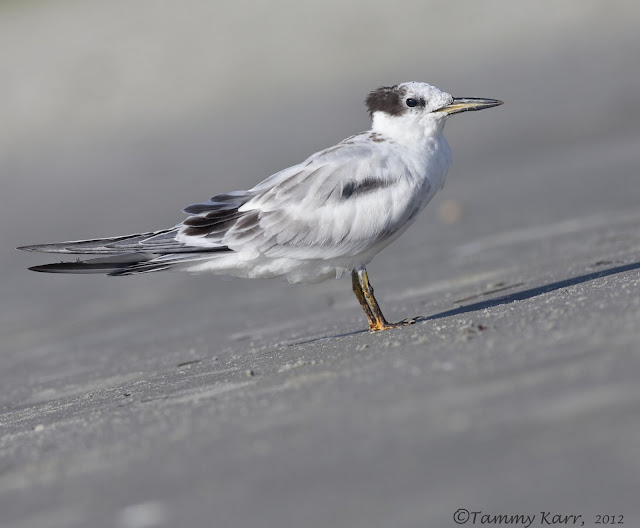 And the mini birder finding his own birds. 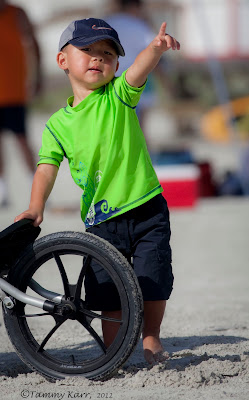 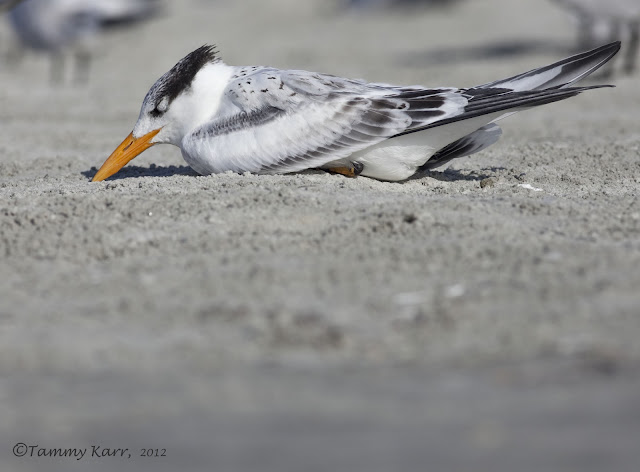