There are now at least four nests with chicks at the Viera Wetlands. 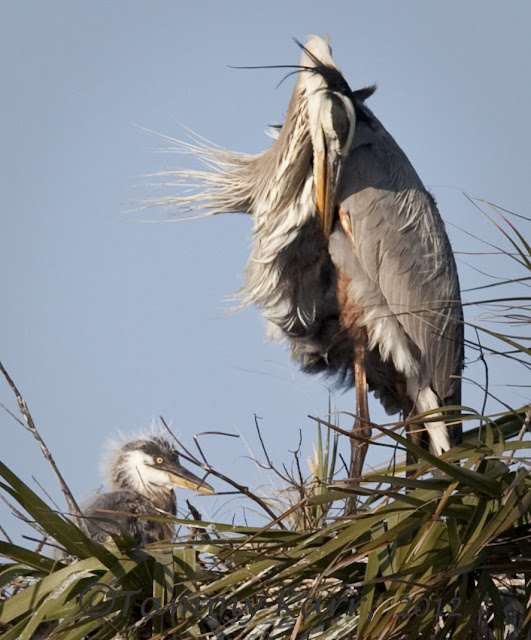 I believe this chick is the oldest of the group. The chick is approximately 1 1/2 to 2 weeks old. 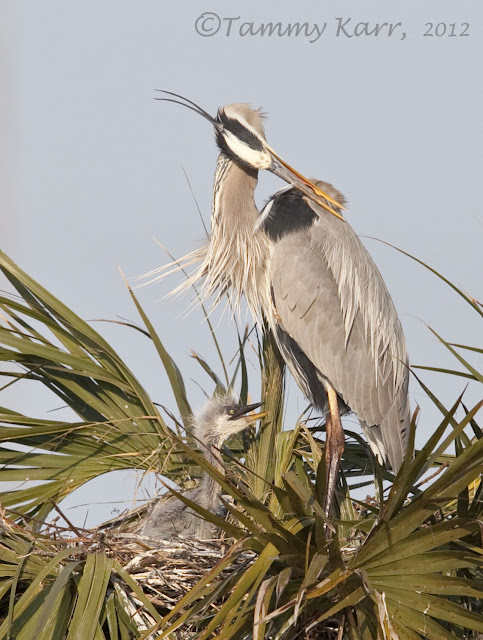 This is the second oldest chick, just a few days younger than the chick in the first photo. The Great Blue Heron mom seemed a bit more relaxed today. Two chicks were spotted in this nest on Sunday, but I only saw one on this occasion. 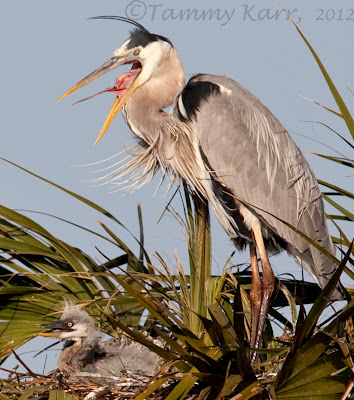 Or maybe she was just completely exhausted. 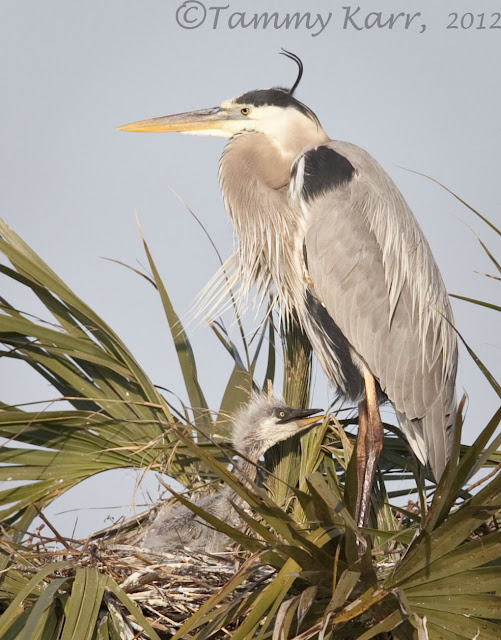 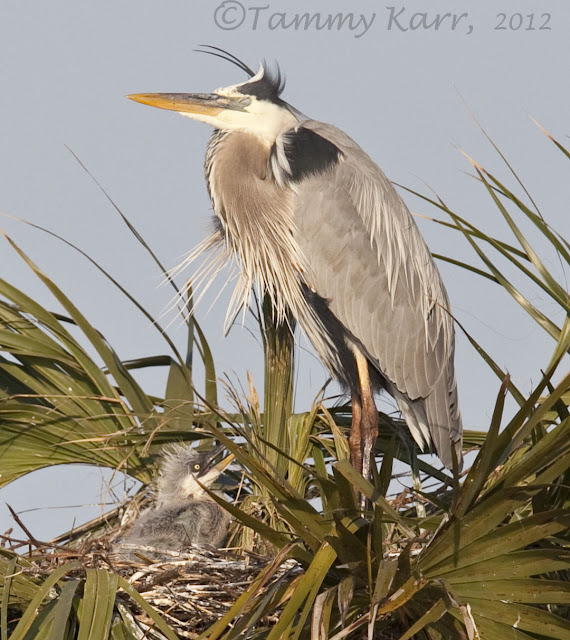 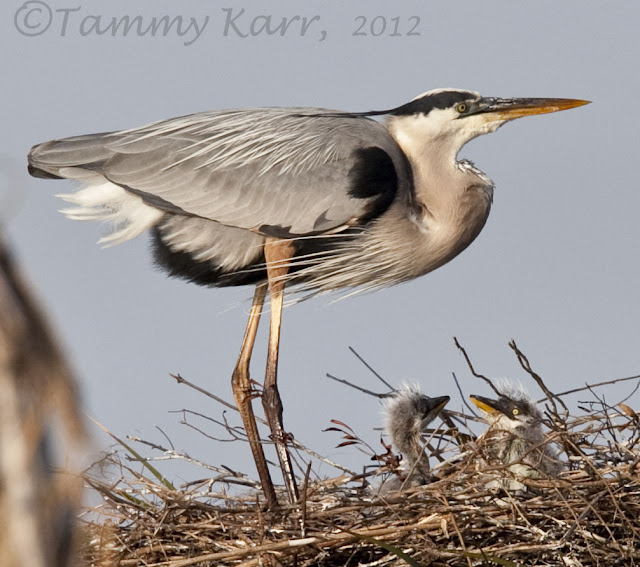 This is the most recent nest to have hatchlings. There are three chicks in this nest. The third chick lifted its head twice, but appeared very weak. 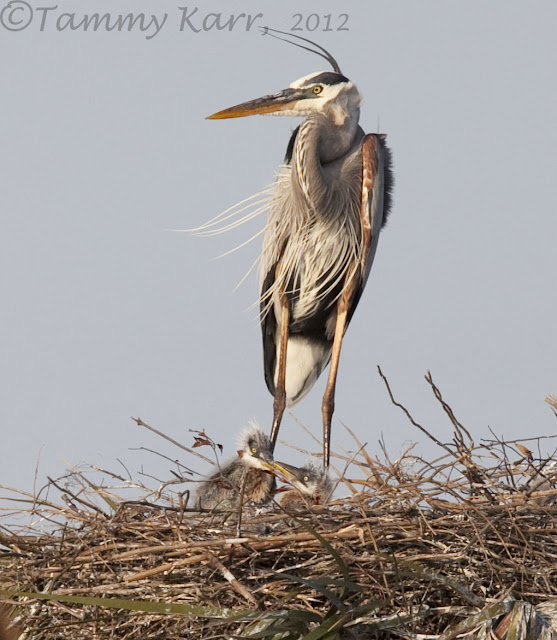 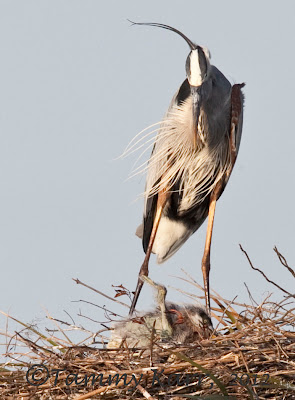 It's hard to believe a Great Blue Heron's wings are ever this tiny! The chicks in the fourth nest were not visible as they were resting.
Posted by Tammy at 4:34 AM