The most eye catching  feature of a Northern Shoveler tends to be its oversized bill. I came across this preening male at the Viera Wetlands this past weekend. As the Shoveler preened I was able to get a look of its bill from every angle. 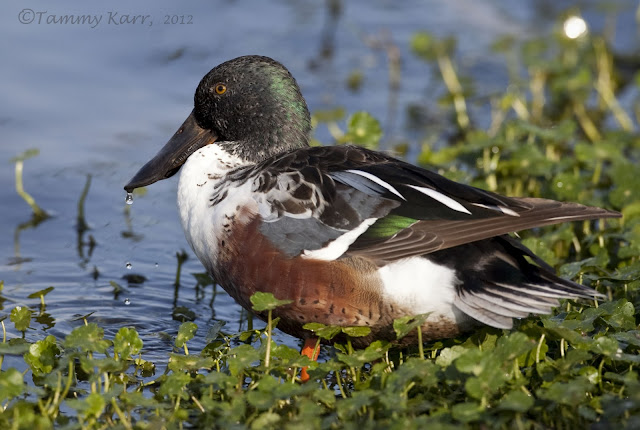 The Northern Shoveler has an elongated bill, with the shape being similar to that of a Spoonbill only on a much smaller scale. Their bill also has comb-like protrusions on its edges which help strain the water from the food when the Shoveler is foraging. 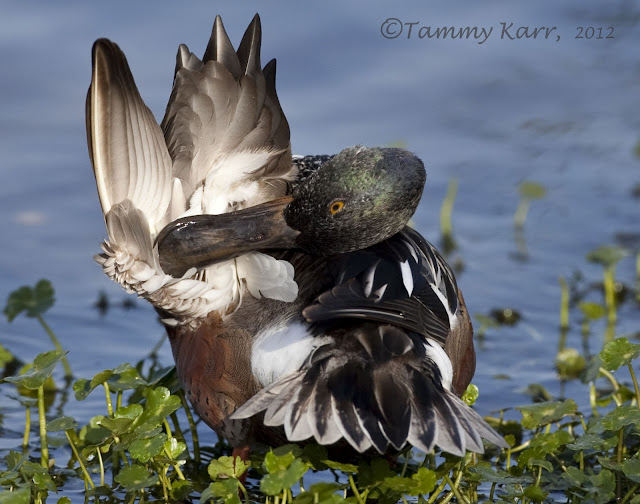 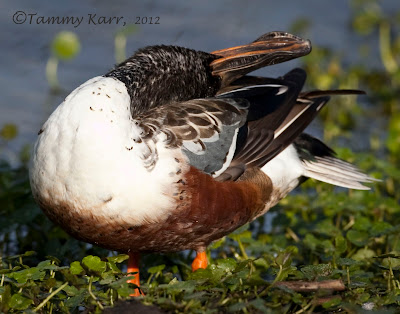 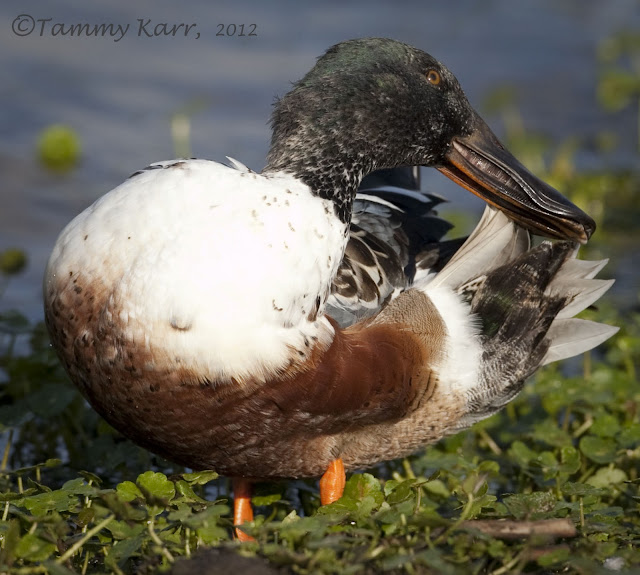 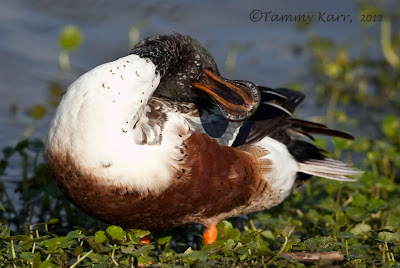 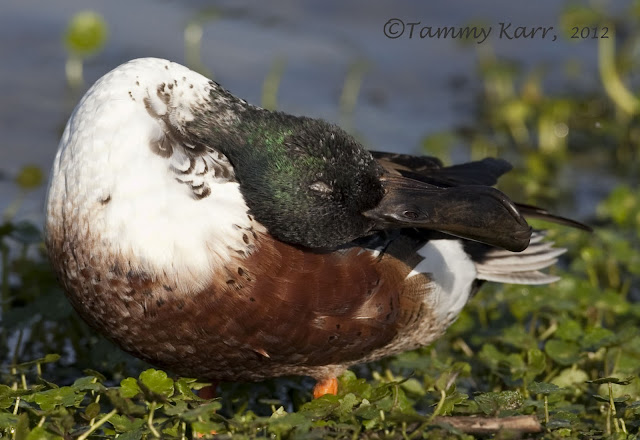 A female Blue-winged Teal arrived and decided her feathers needed some maintenance as well. 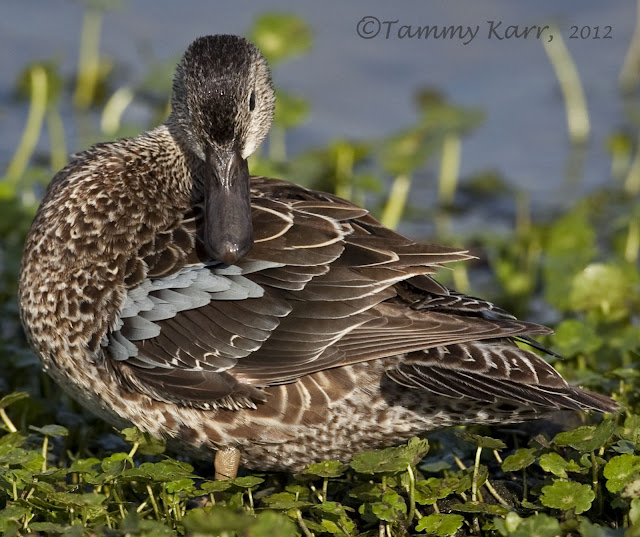 Next, the male Blue-winged Teal came by, but he claimed he was clean enough.