Weekend Happenings around the Viera Wetlands

While there haven't been any unusual sighings lately at the wetlands, we still have been enjoying spending time with the regulars. Just after sunrise on a cold, windy morning, many of the birds were eager to soak up the warmth of the rising sun. 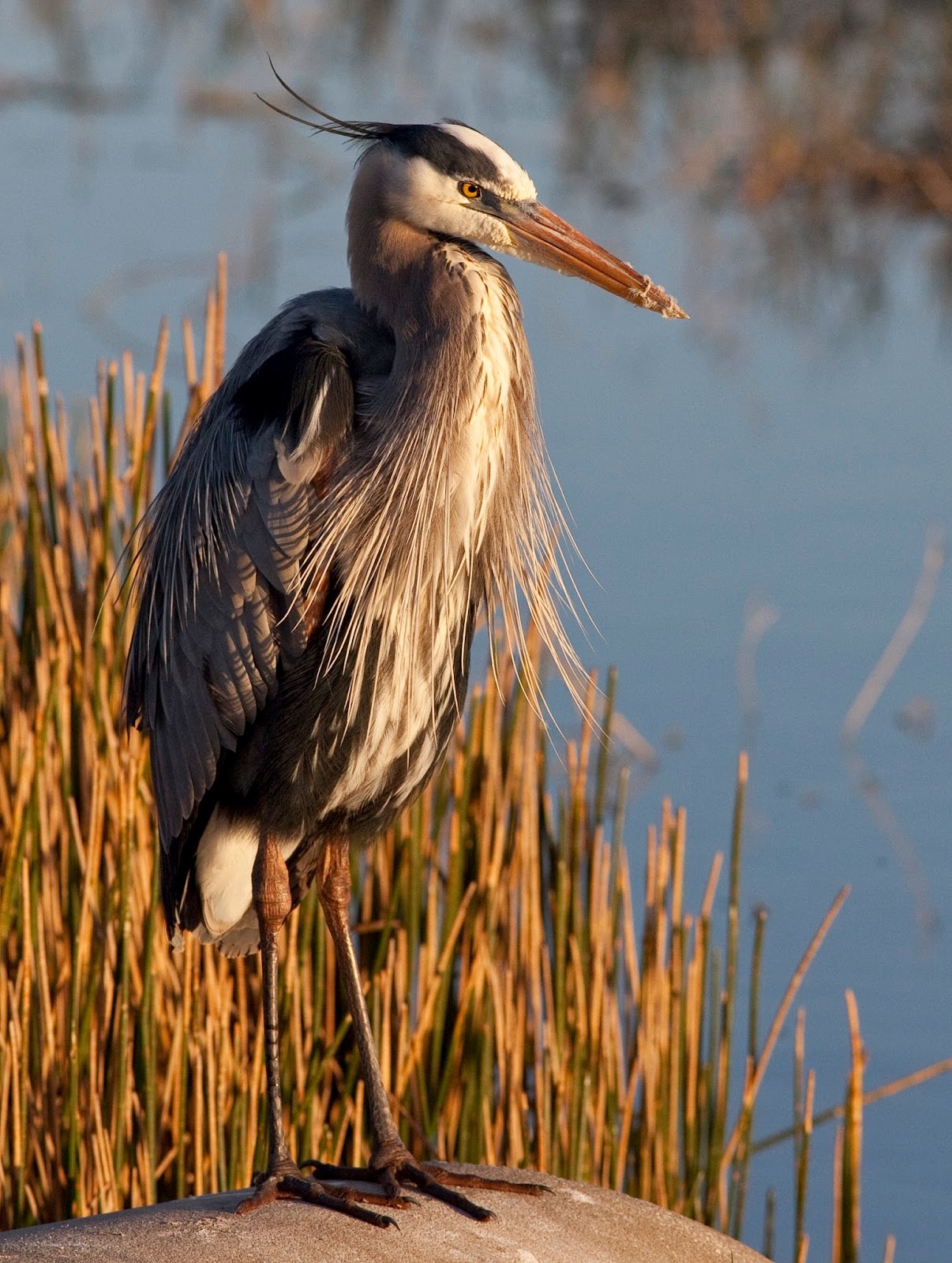 And of course, once things heat up, they really heat up:) 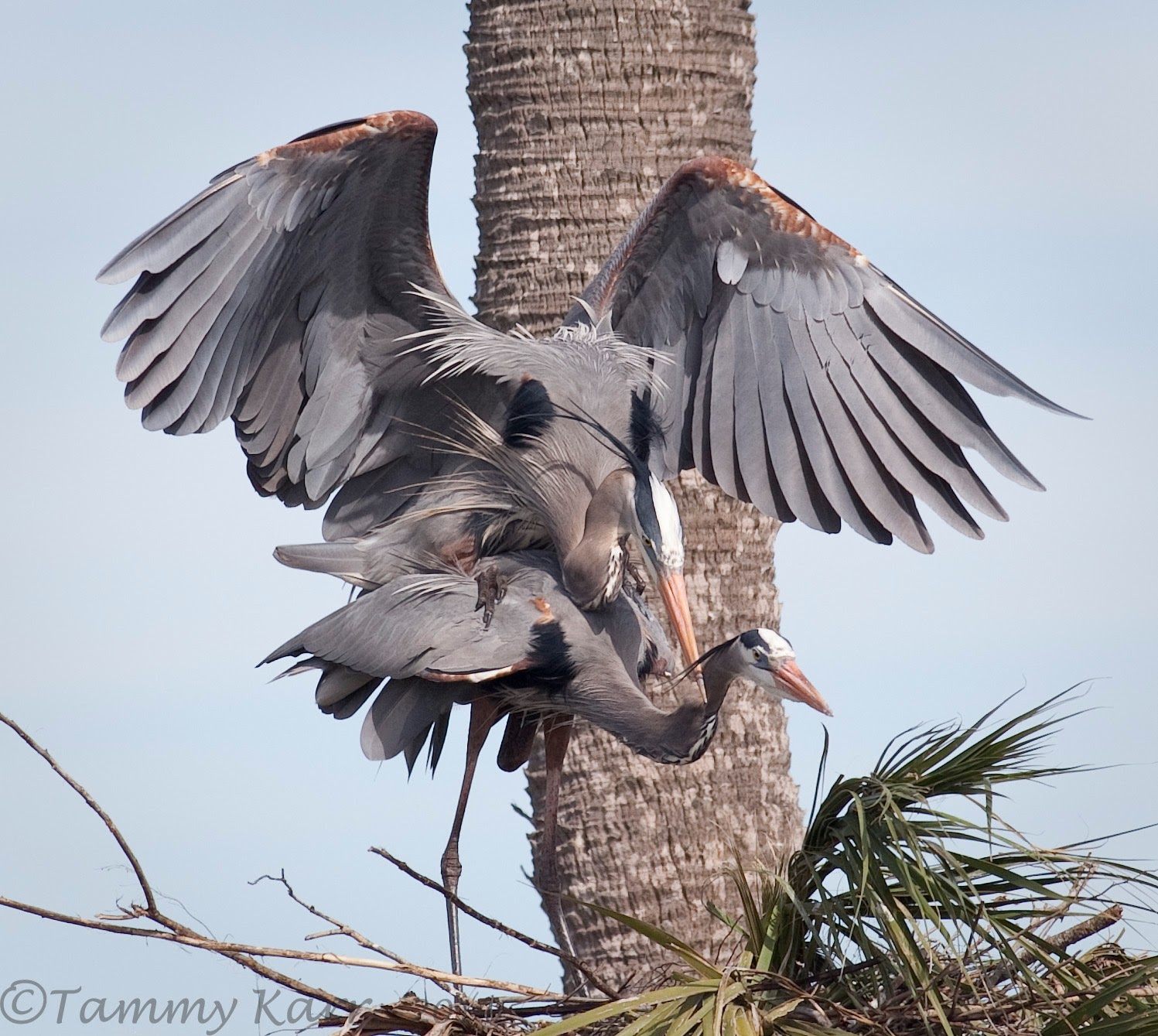 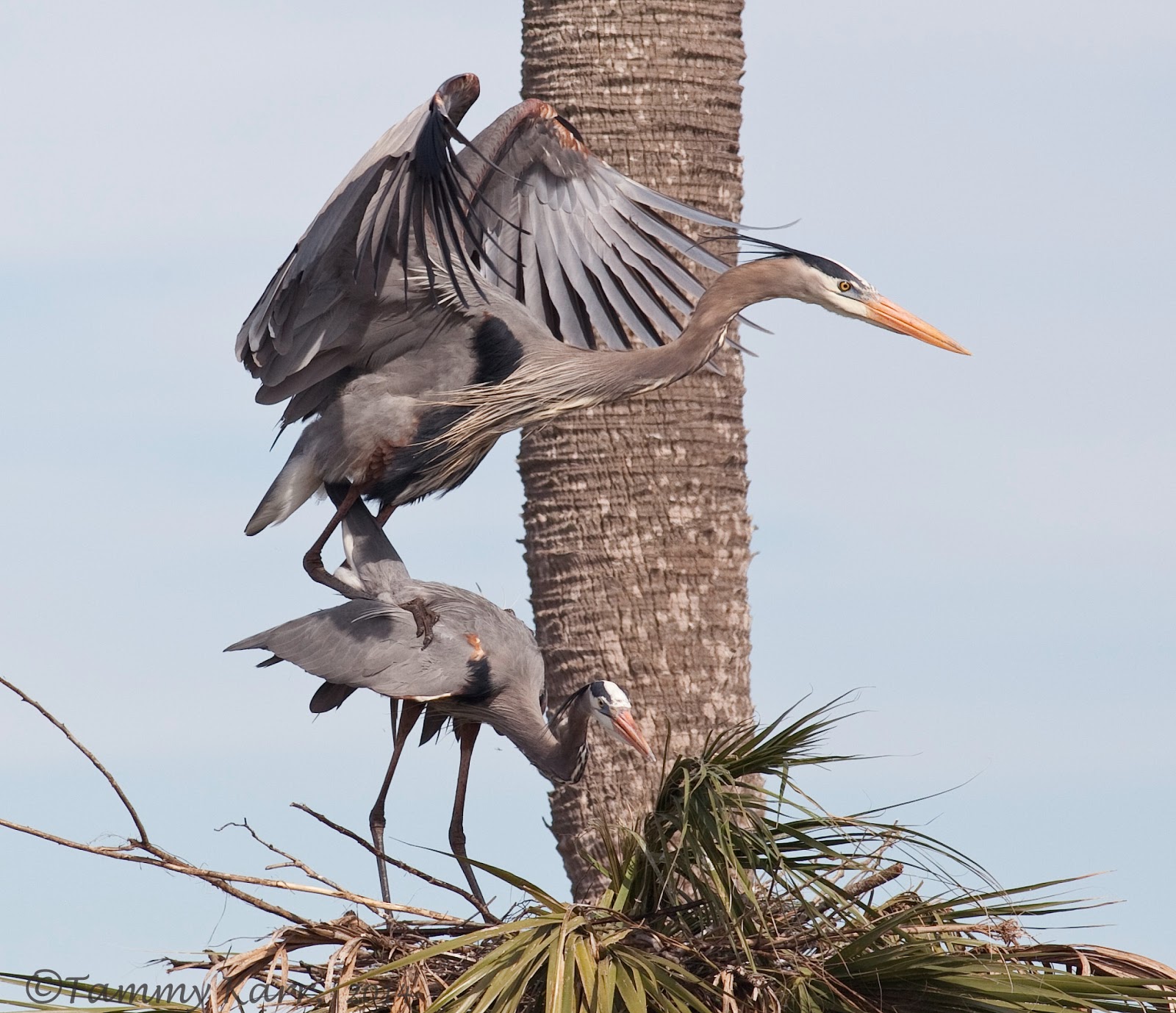 Raptors have been plentiful on the past few visits. This Bald Eagle was scoping things out from a palm near the edge of the road. There was also a juvenile circling the ponds. Near by was a Northern Harrier having breakfast (my next post) and the eagle seemed to have an eye on them. The eagle made a few passes over the Harrier and its prey (a Coot) and I wondered if it was going to try and steal a meal but it didn't. 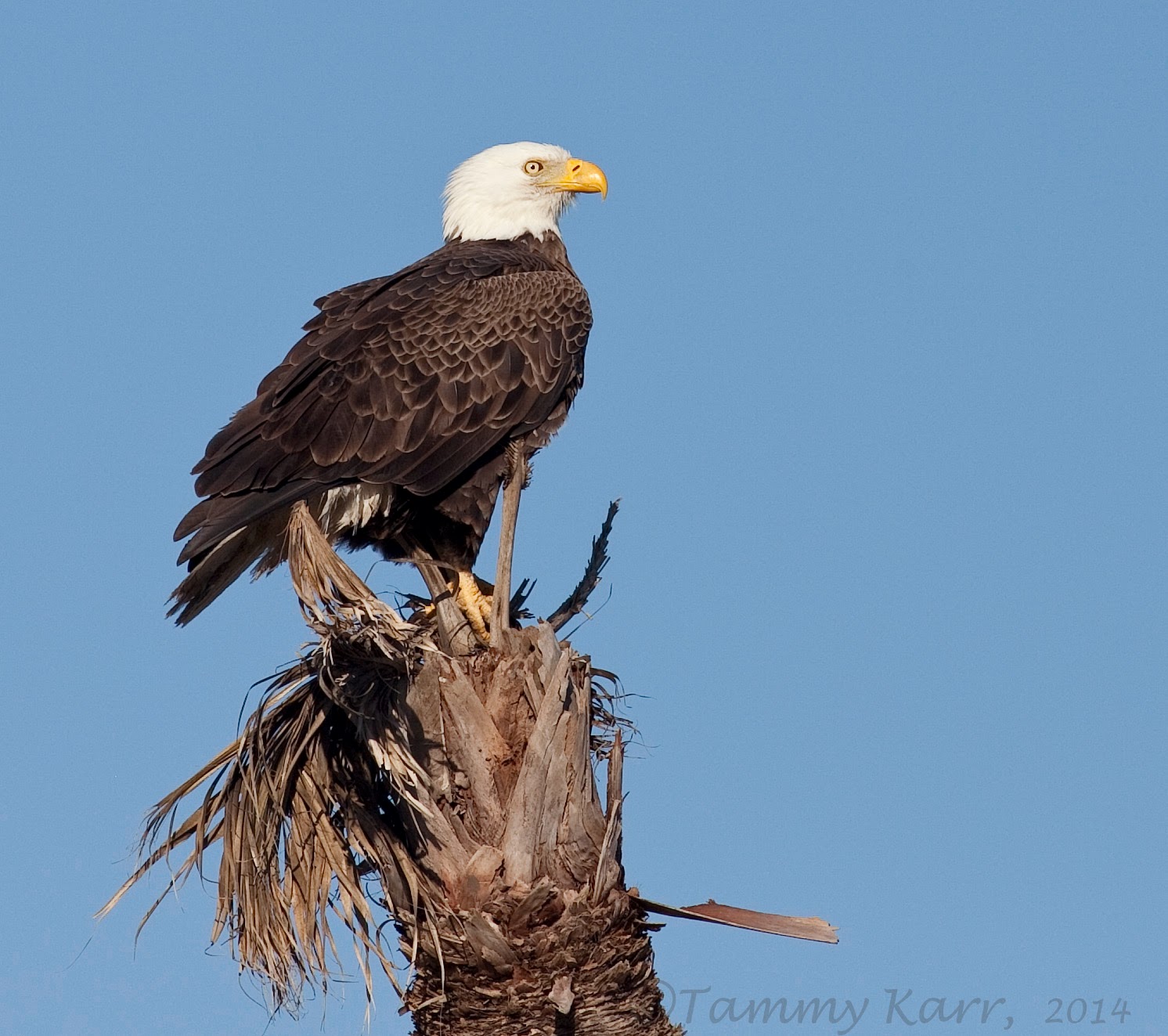 Another raptor that regularly passes by the wetlands is the Crested Caracara. This Caracara was snacking on a dead fish along 4-mile road (the road that leads to Moccasin Island Tract). 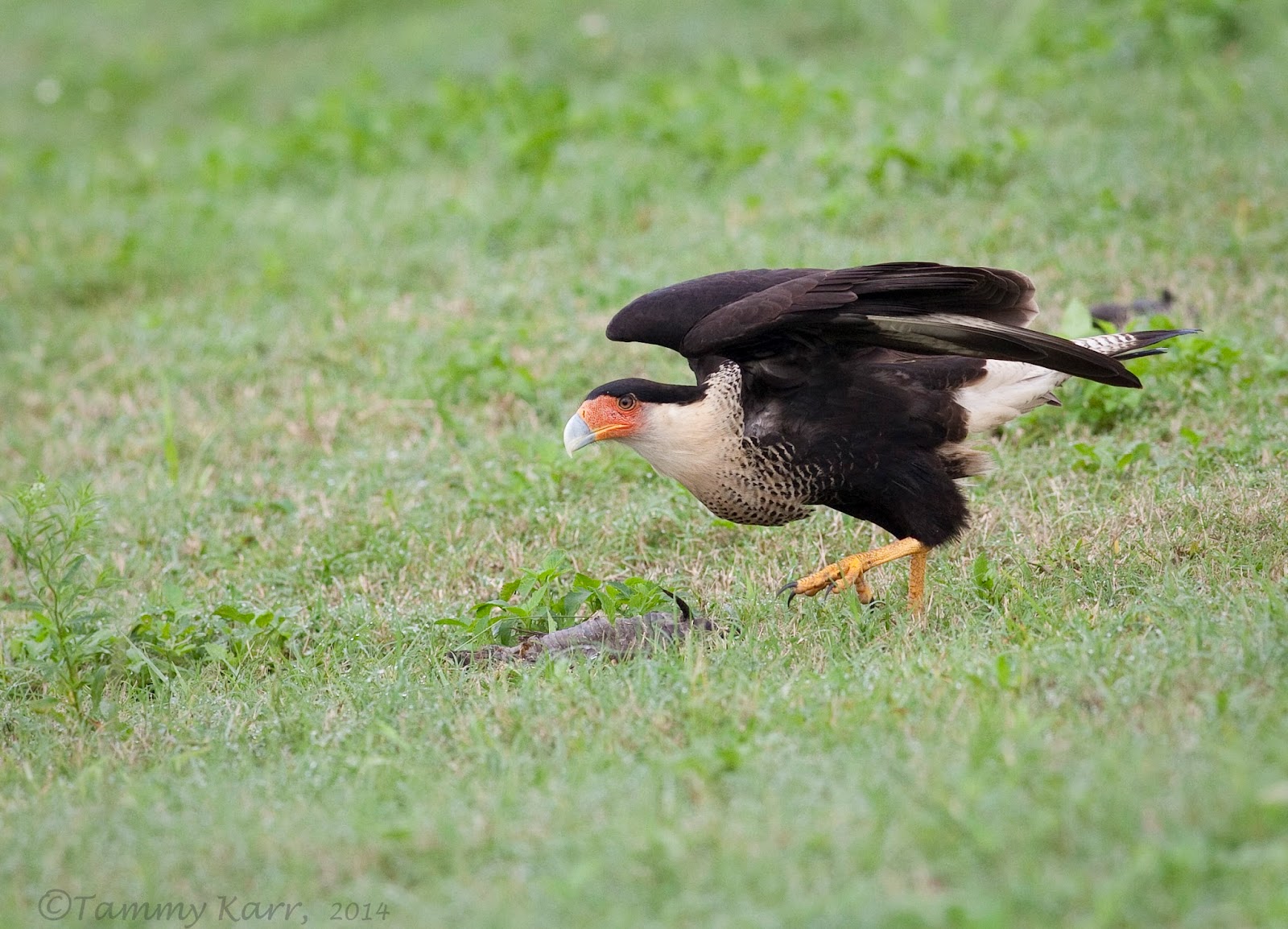 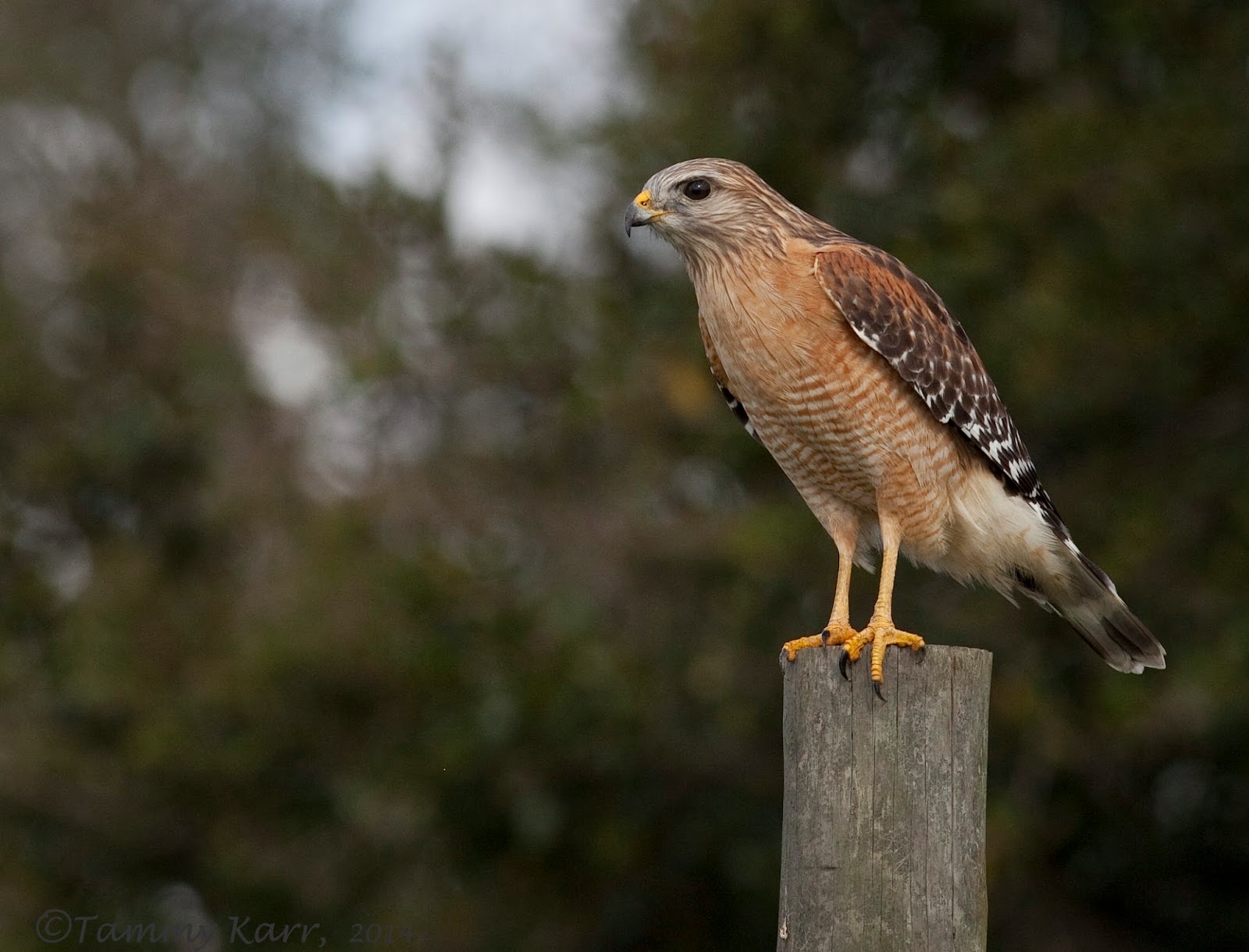 Green Herons are one of the many heron species seen regularly. 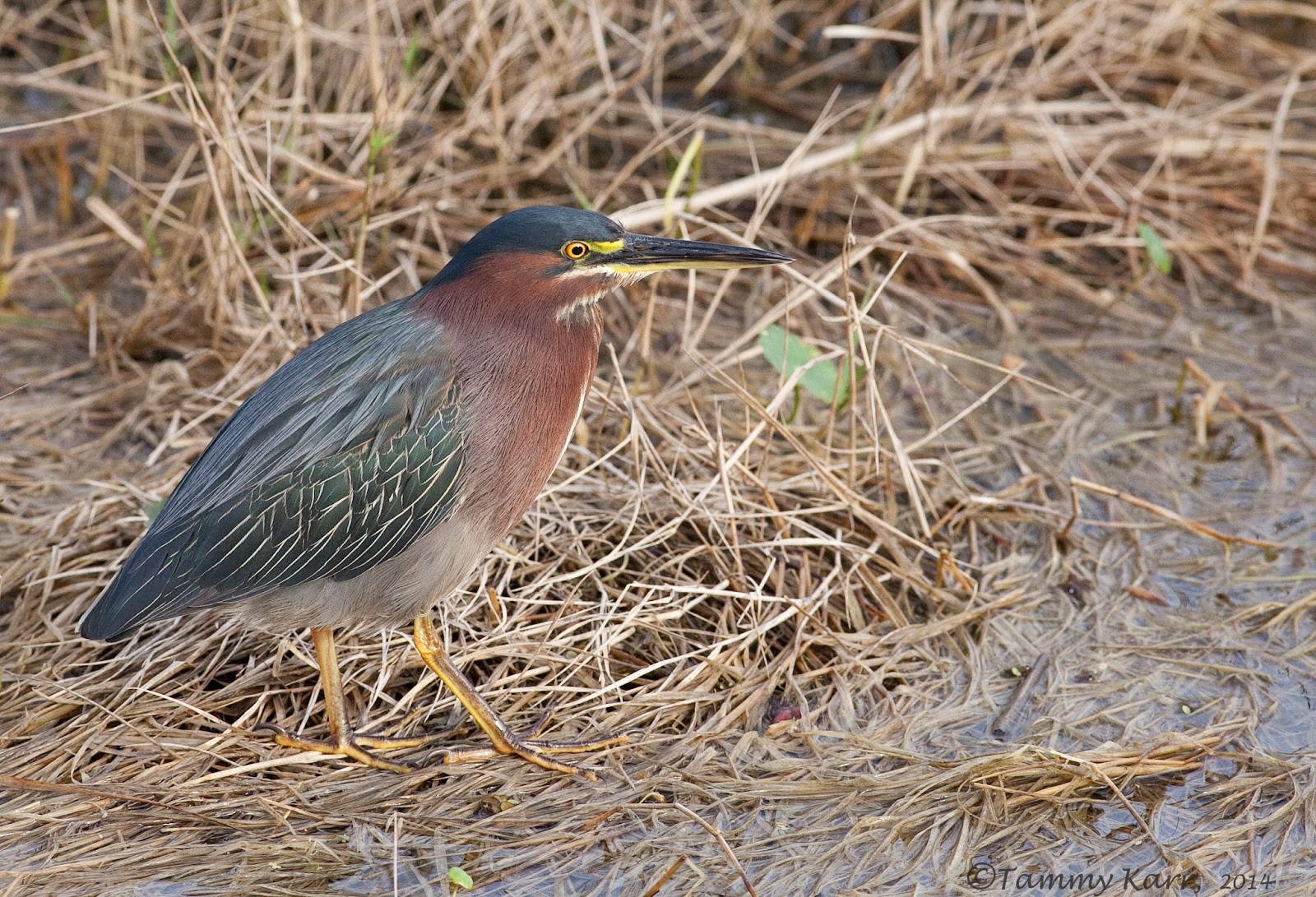 Several pairs of Hooded Mergansers are currently be-bopping around the wetlands. There has been an enormous group of Green-winged Teals at the ponds for the past few weeks along with several shore birds- Long and Short-billed Dowitchers, Yellowlegs, Dunlin, and Sandpipers. This week the water levels in the ponds are rising and the group seemed a bit smaller. I wish they weren't so far off...I would love to get a close up of one! 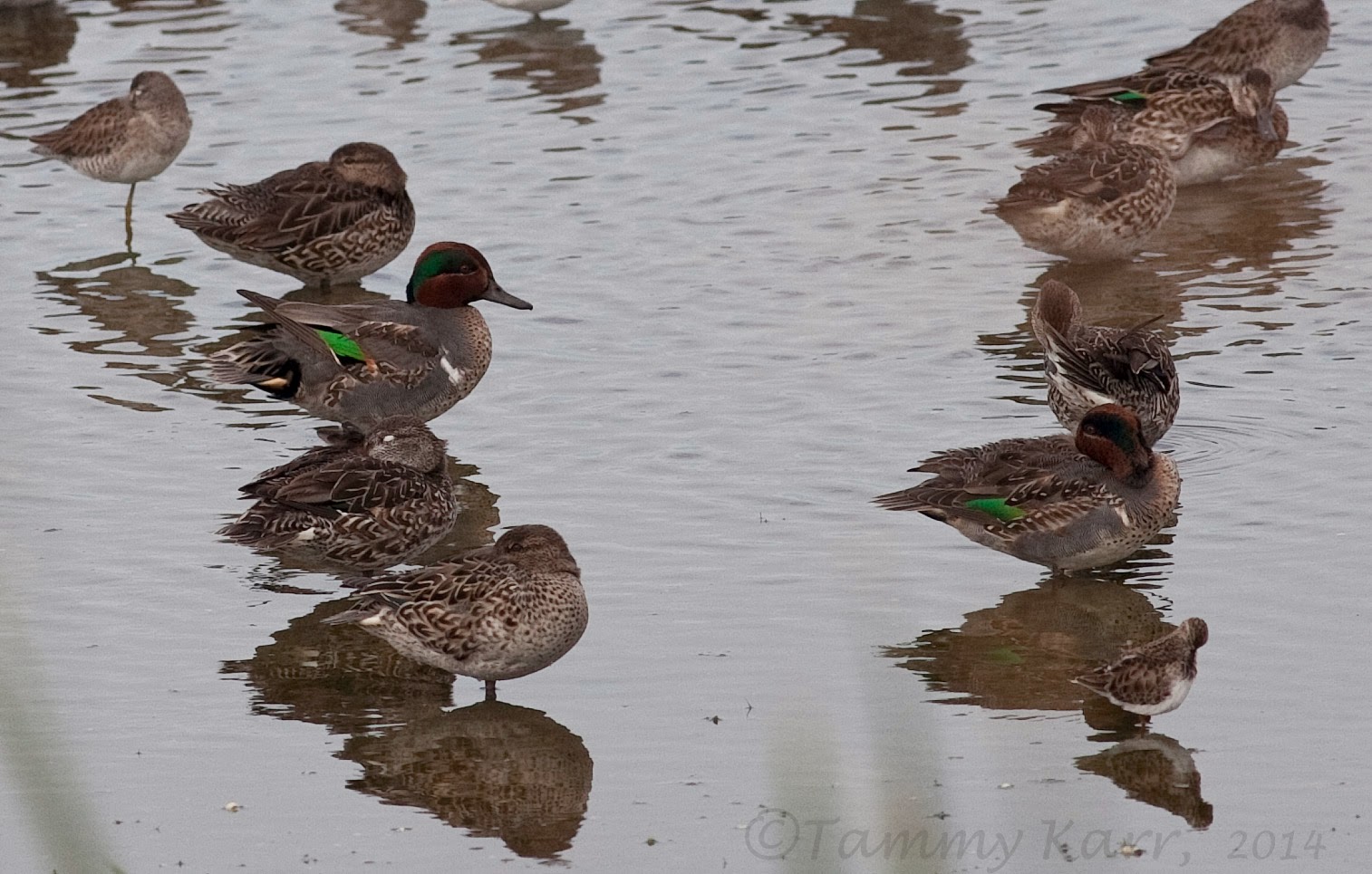 There's no missing a Meadowlark! 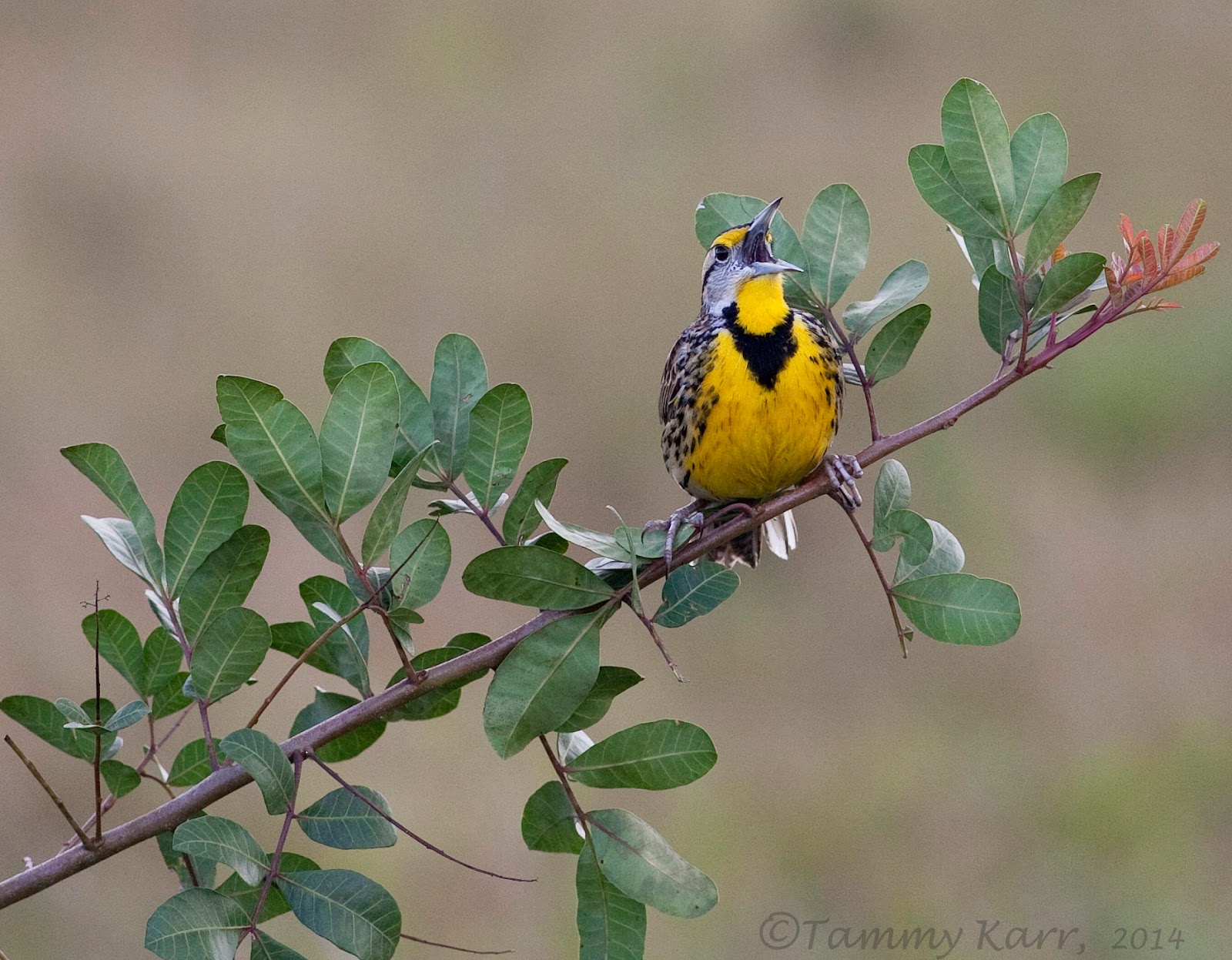 Seeing this gator hanging out in the waterfall made me laugh! 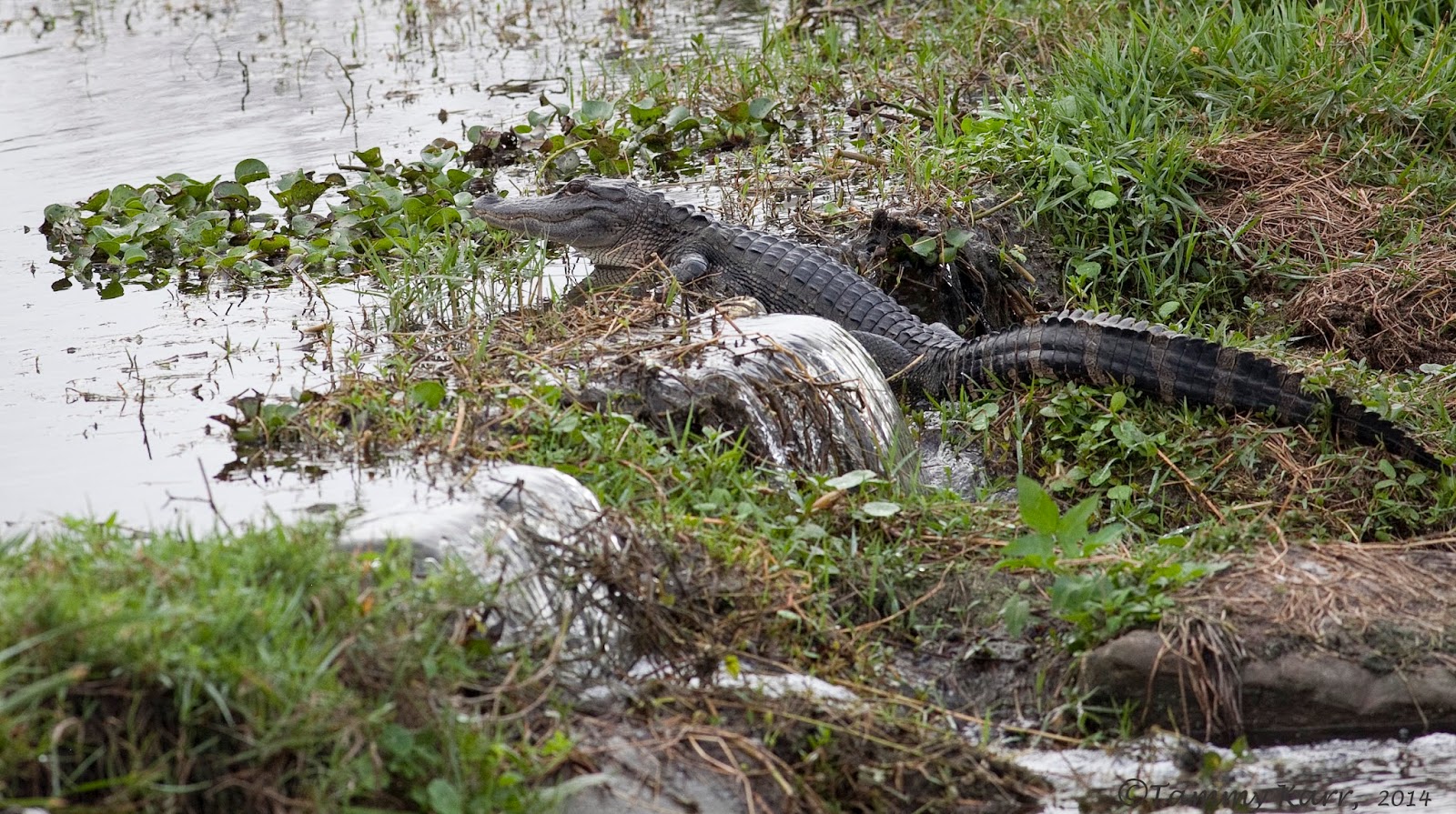 My birding partner has stepped up his independence! 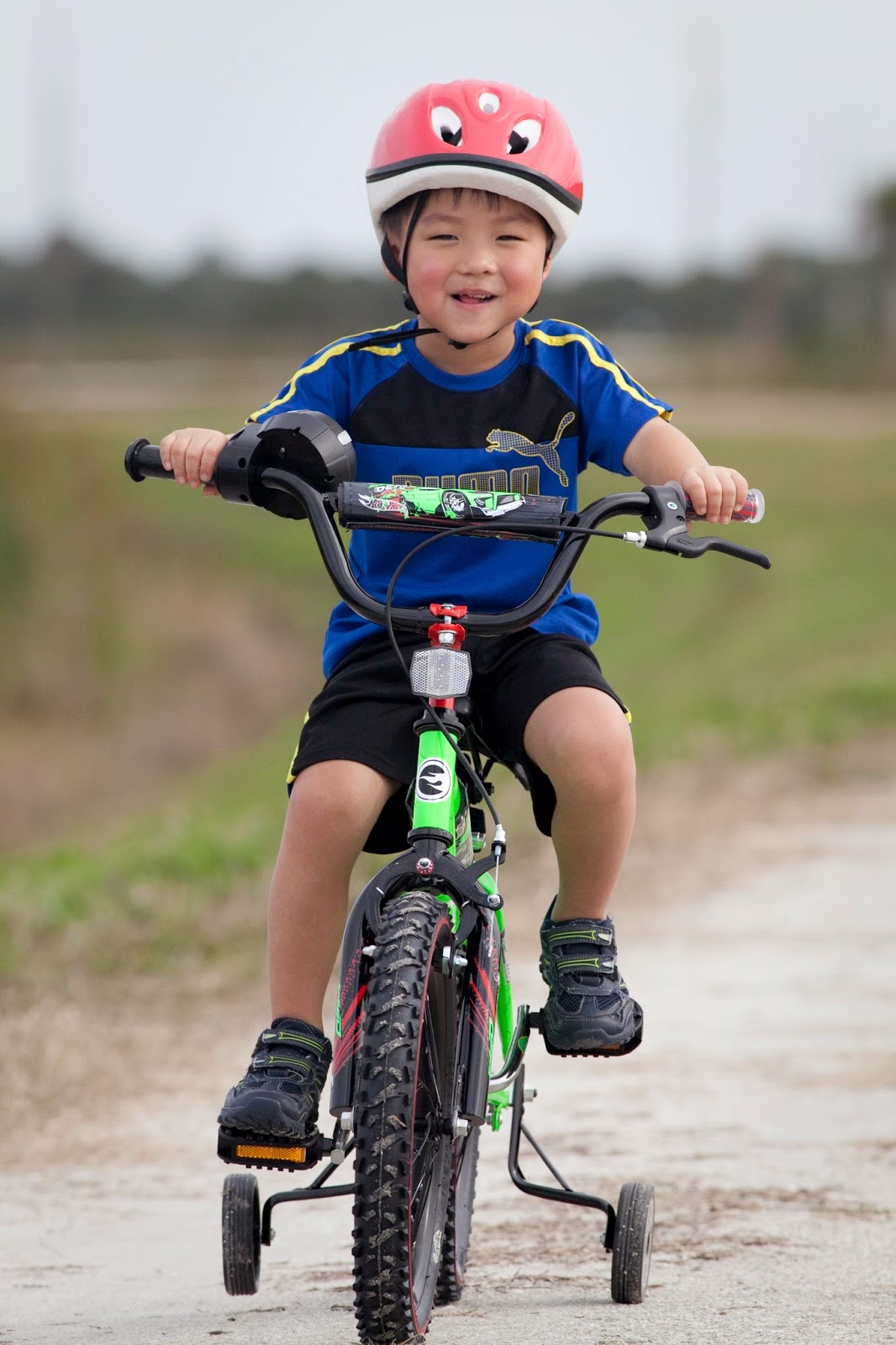