The Hunt of a Harrier

Northern Harriers, also know as "Marsh Hawks", are winter visitors to the Central Florida area. These harriers are prominent around the local wetlands and surrounding areas. I have encountered one or more on each of my recent visits. 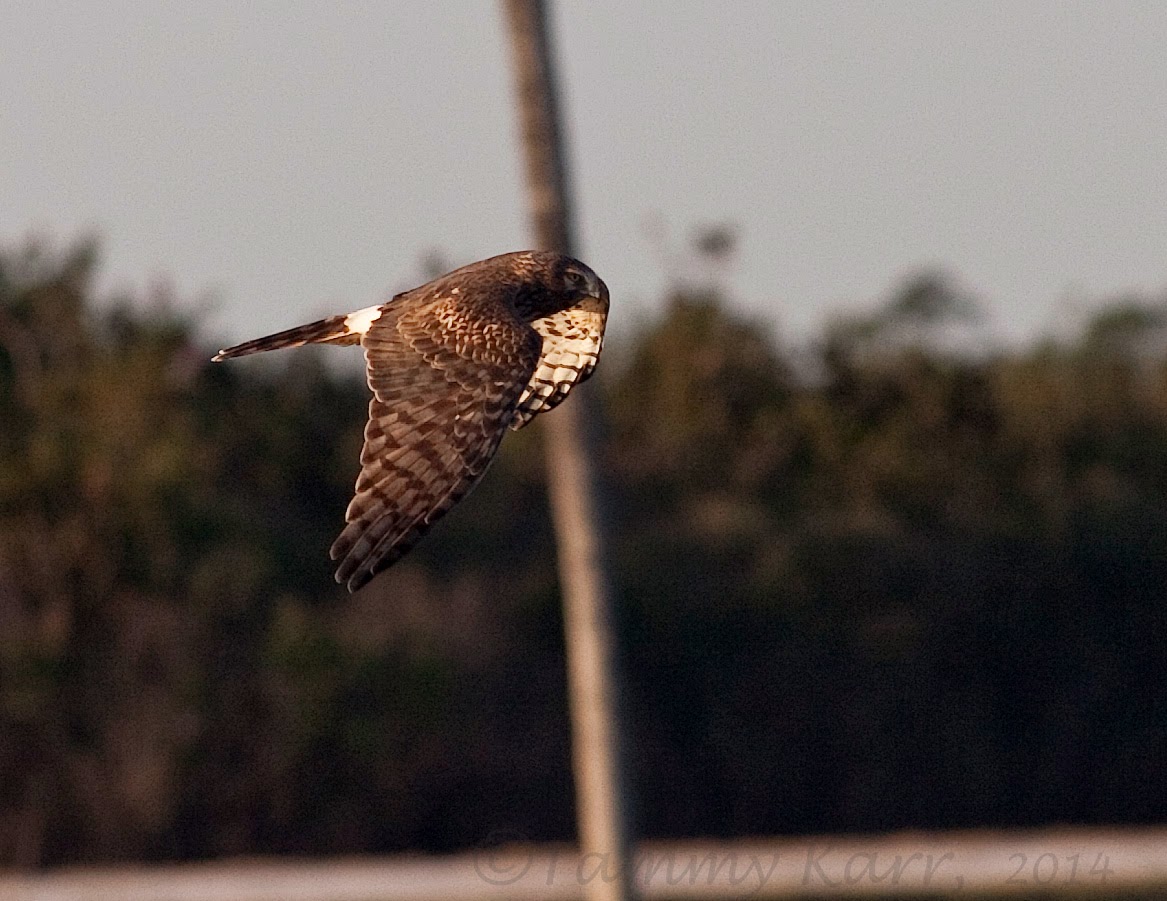 I am usually alerted to the harrier's presence by the sudden onset of panic that ensues among the waterfowl as the hunting harrier makes a low flyby over the area. I've observed harriers for many winters but last weekend marked a first...watching a harrier capture its prey. From my arrival, I had seen the harrier zig zagging over the shallow ponds of the wetlands. 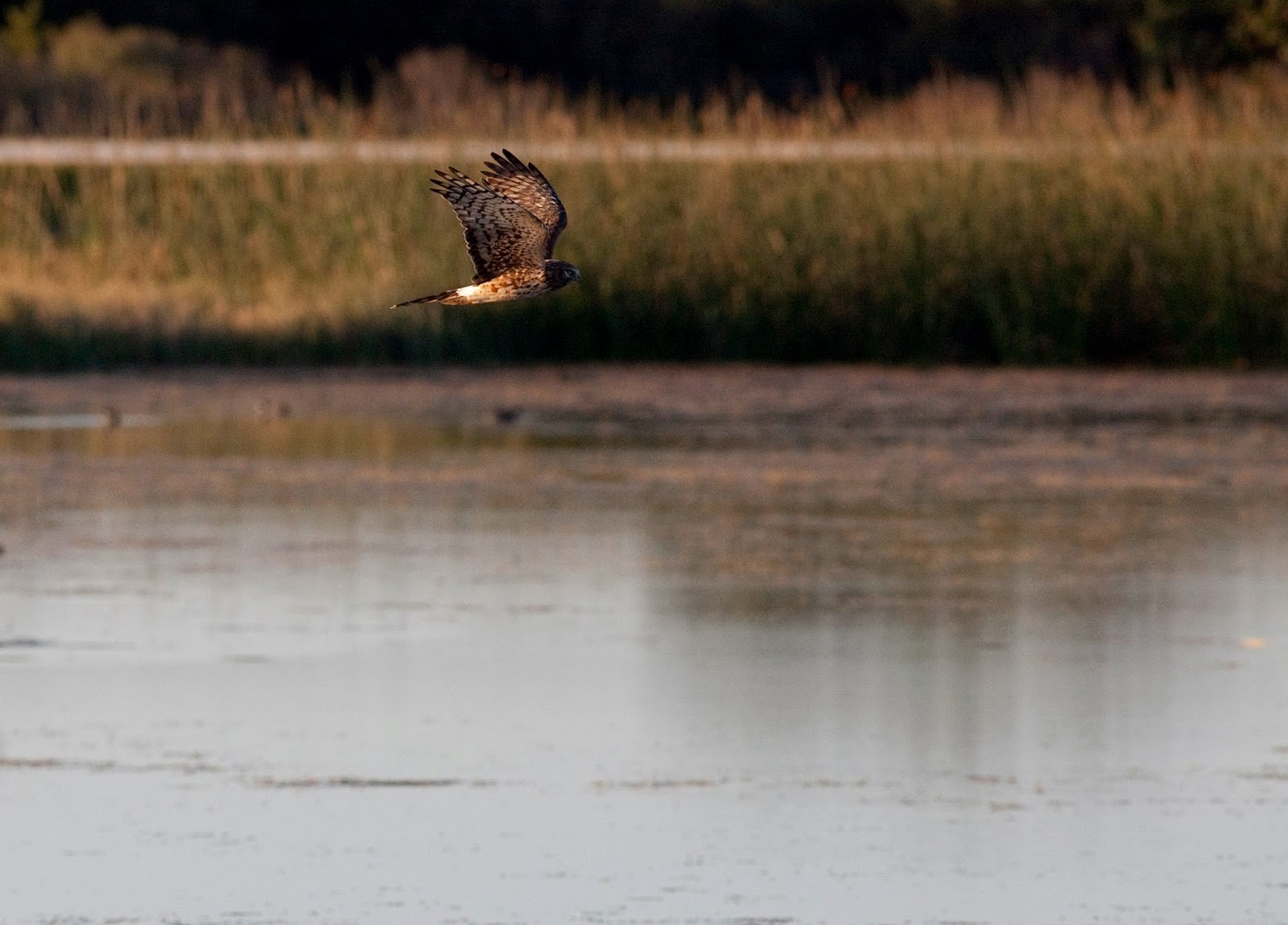 As I was stopped alongside of a pond to checking some waders, I saw the harrier drop down into the water, shoving a coot below the surface of the water. The harrier flapped its wings during the initial struggle then sat still for quite some time. 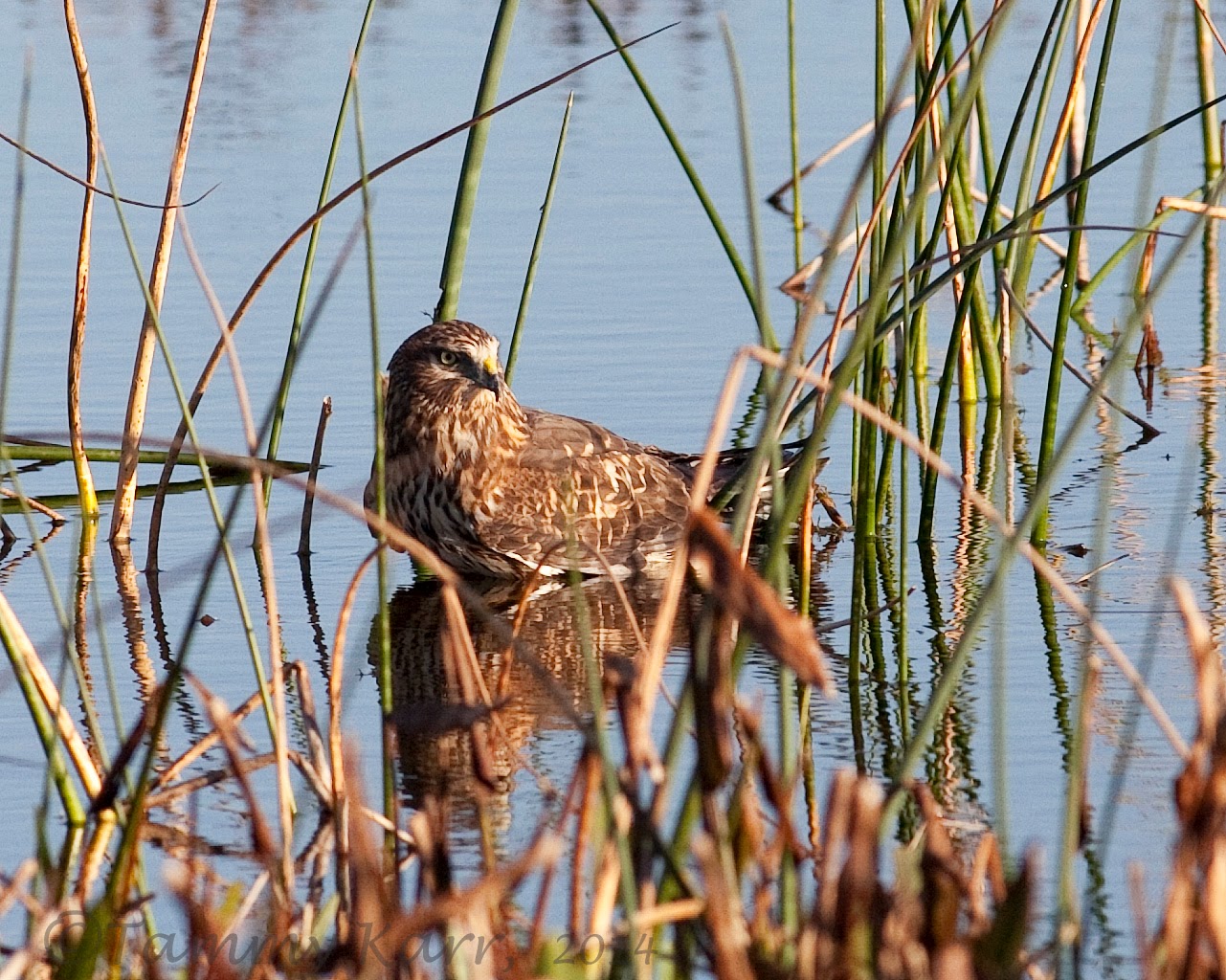 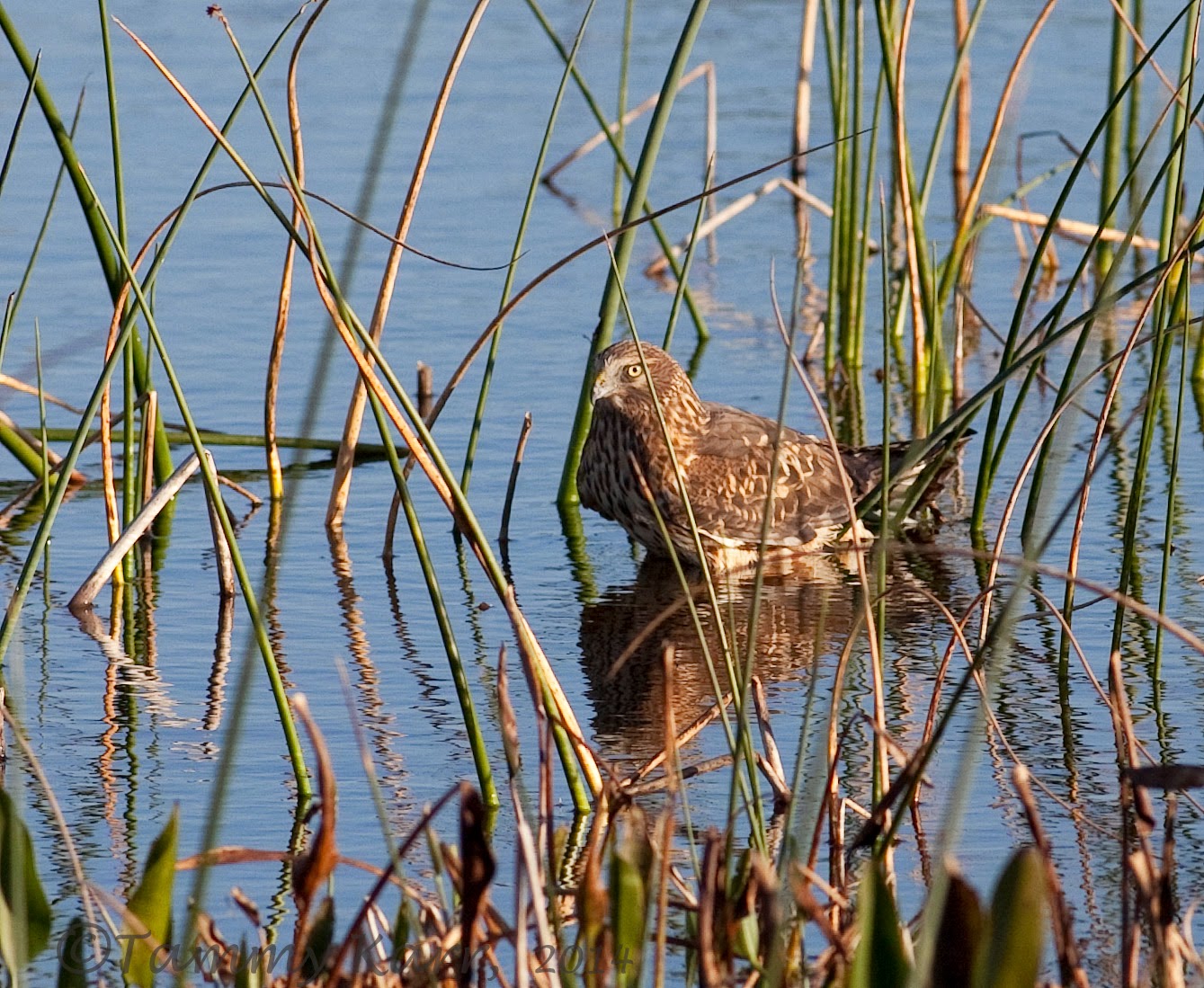 It was at least 5 minutes before the harrier attempted to relocate the coot to an area where it could consume it. 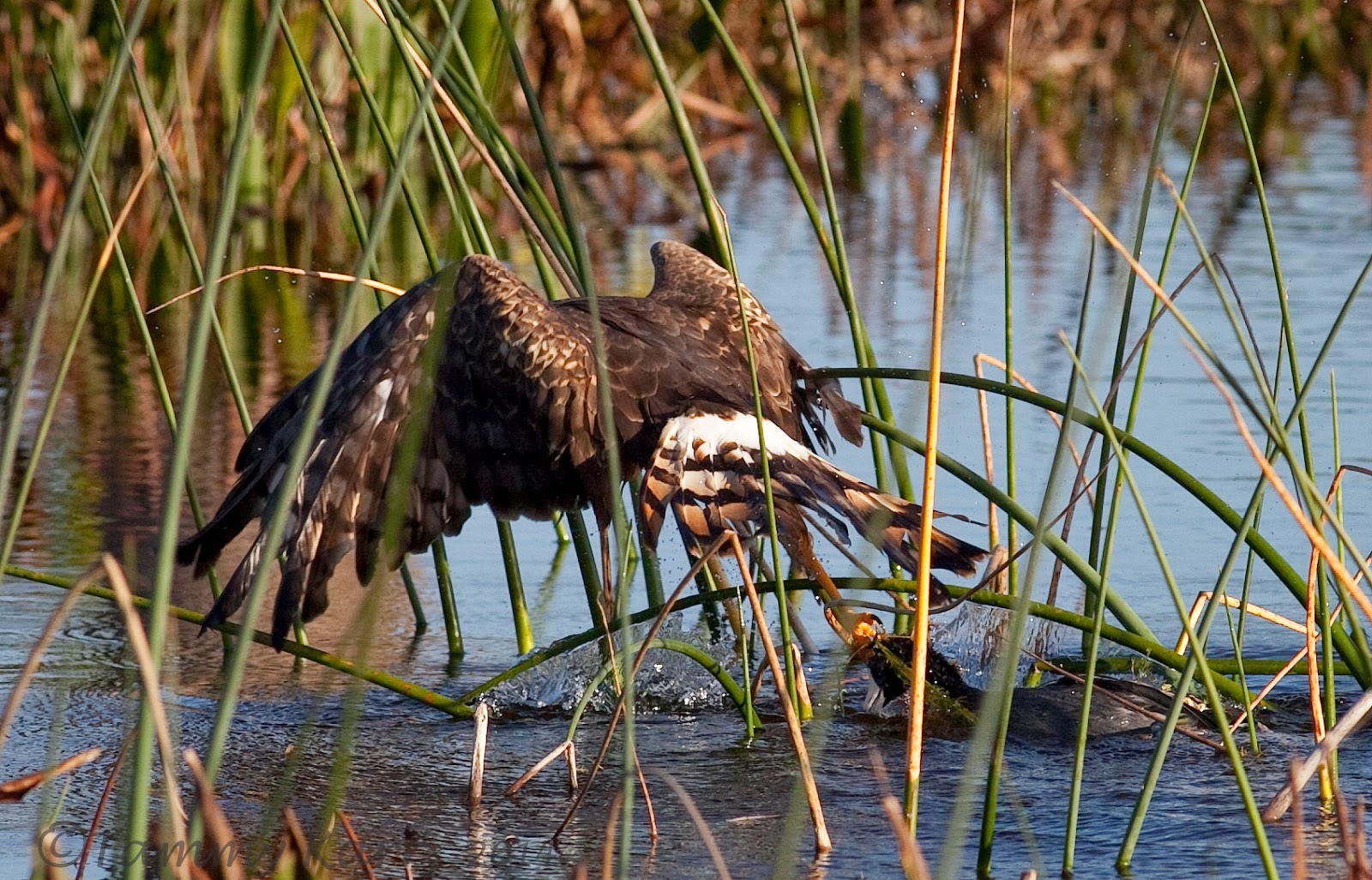 The harrier's first attempt to lift the coot was unsuccessful. 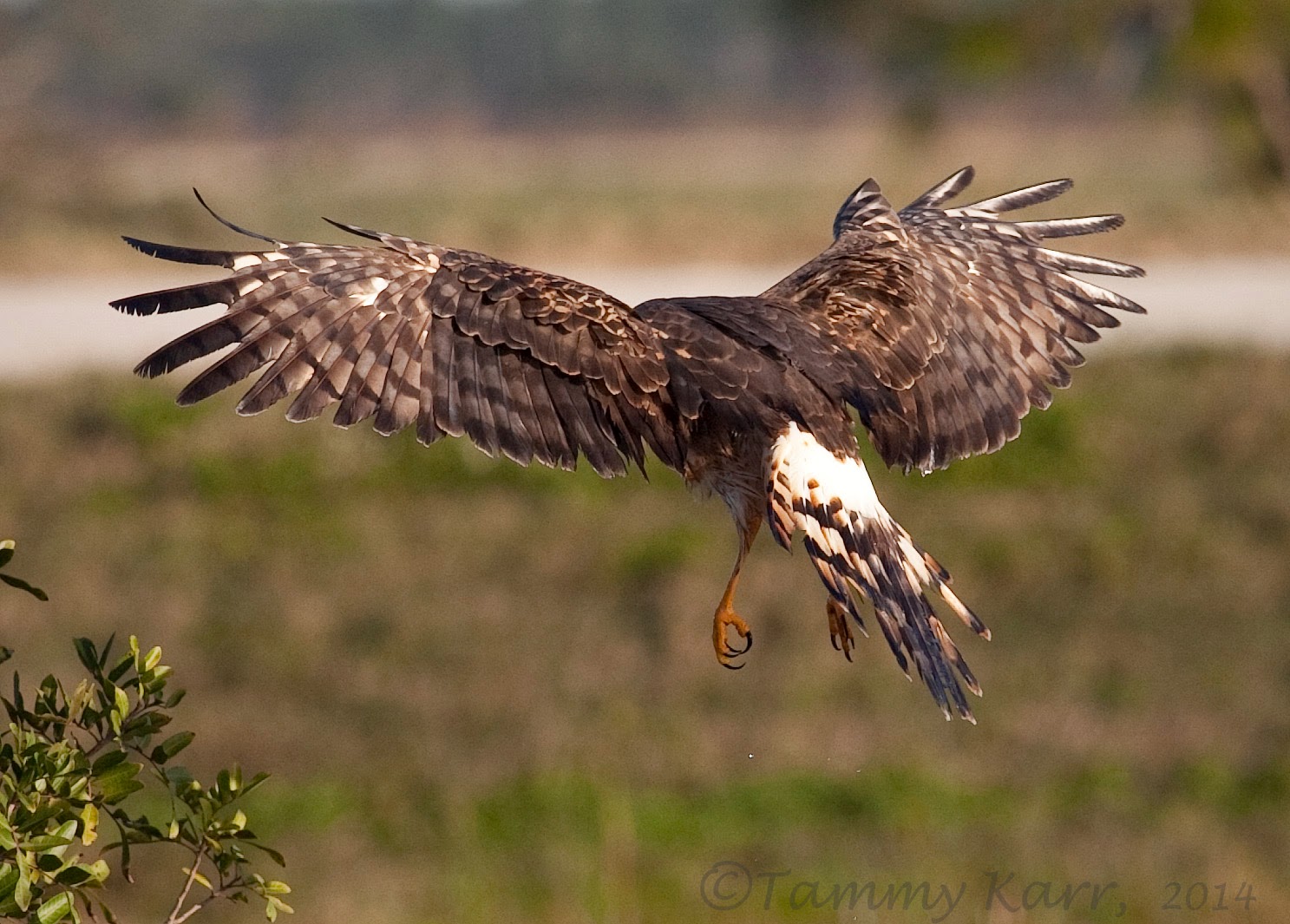 It landed on a near by bush to dry off and rest a bit. 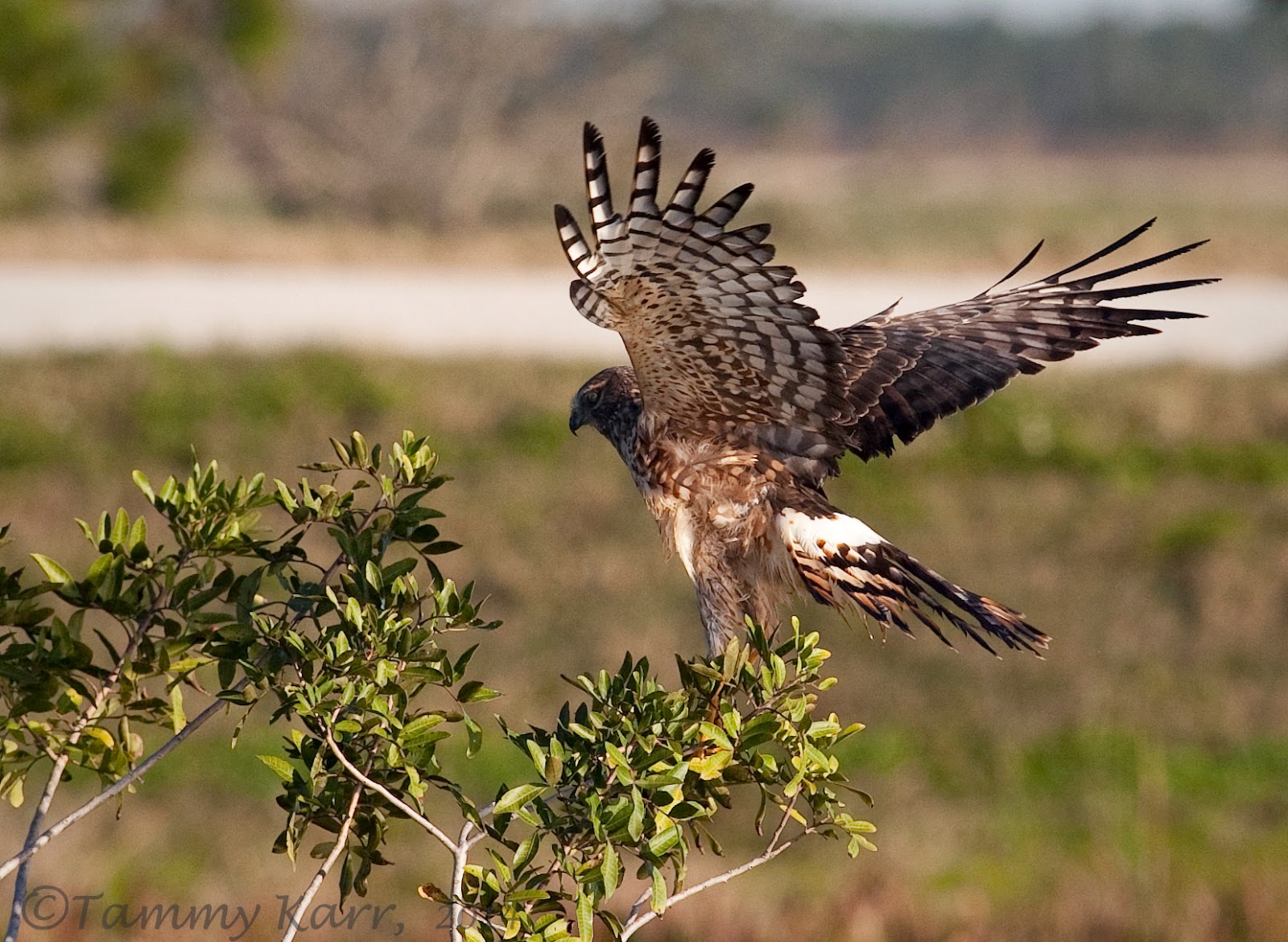 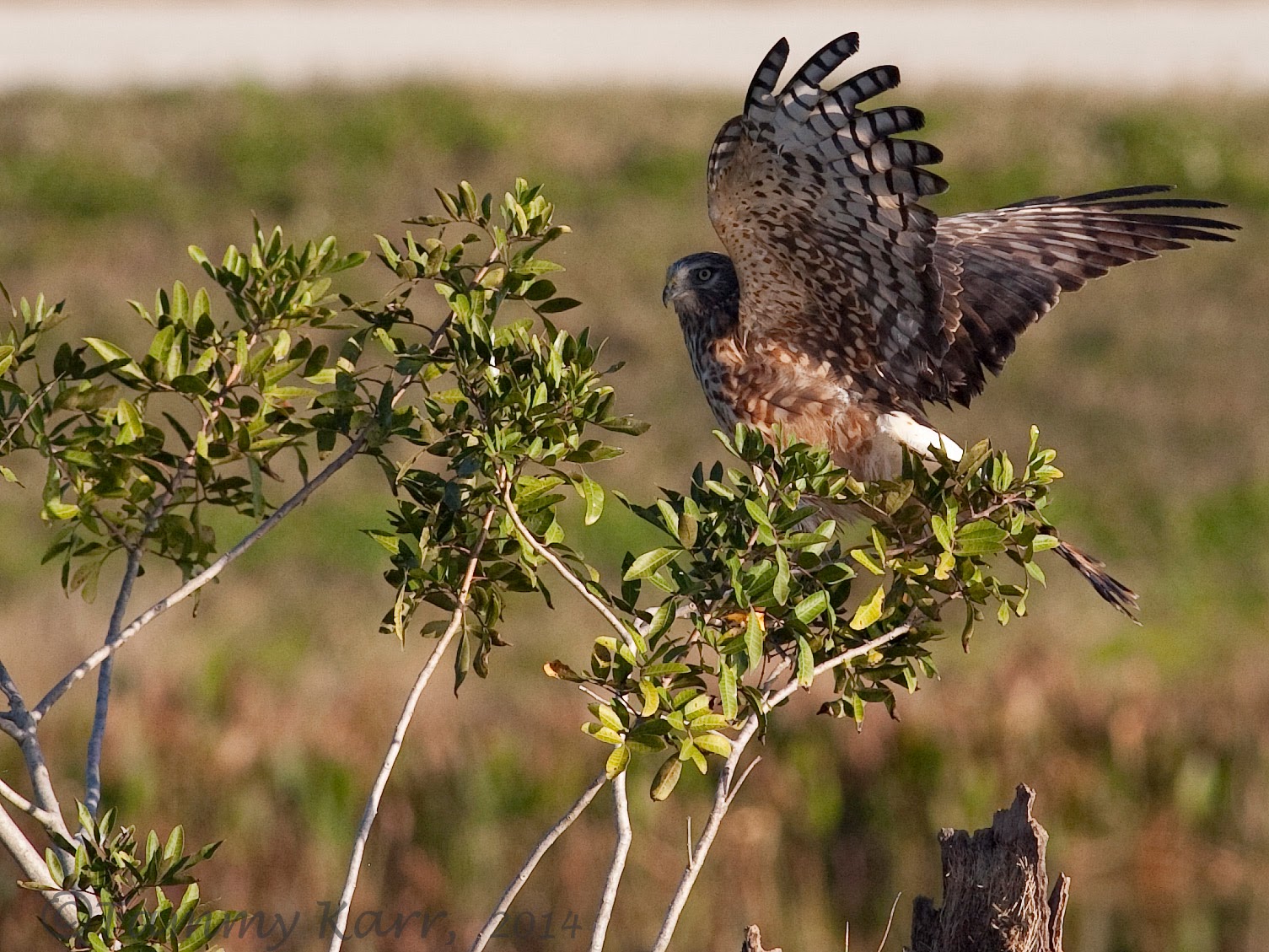 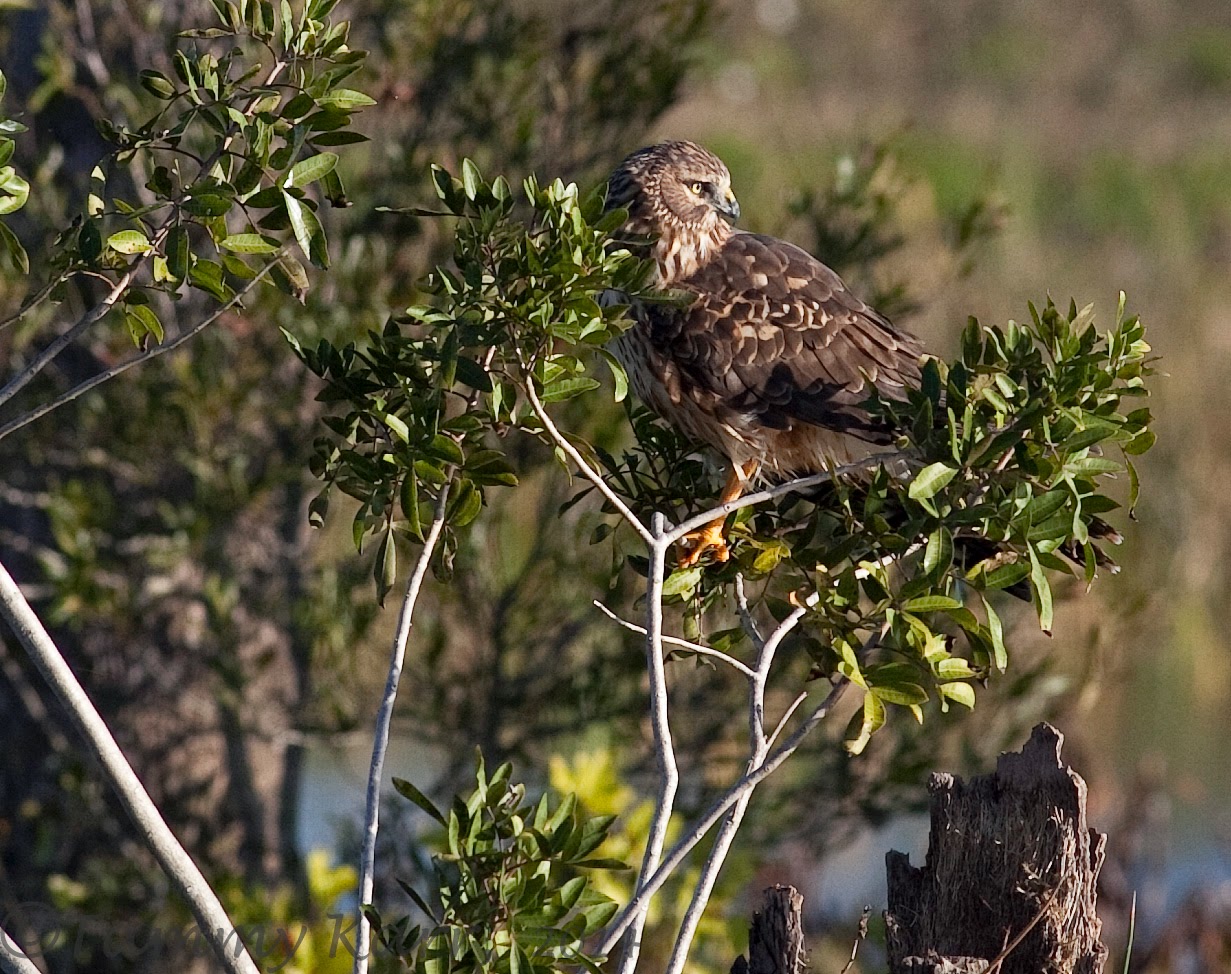 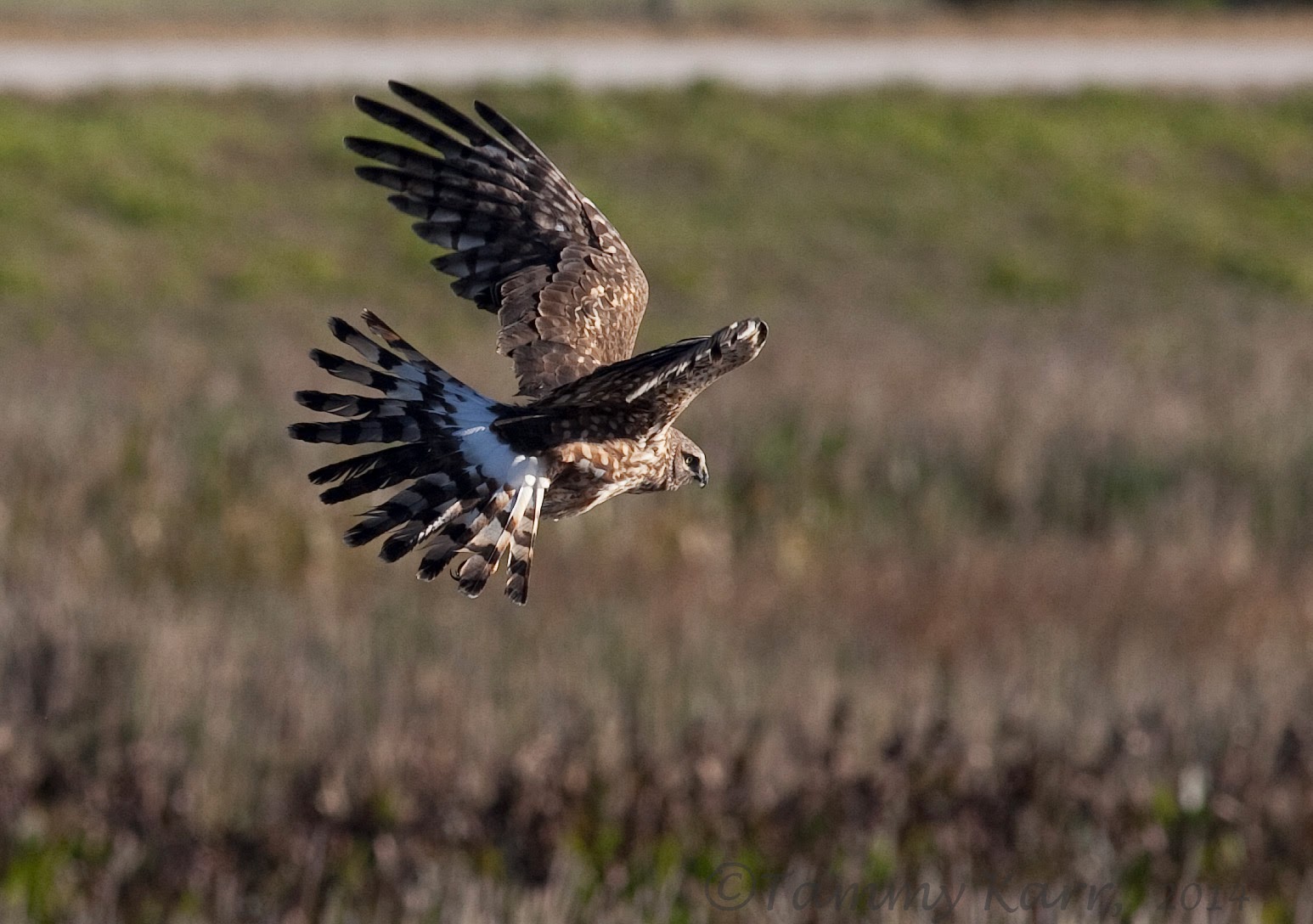 The harrier was finally able to move the coot into the reeds and began eating! 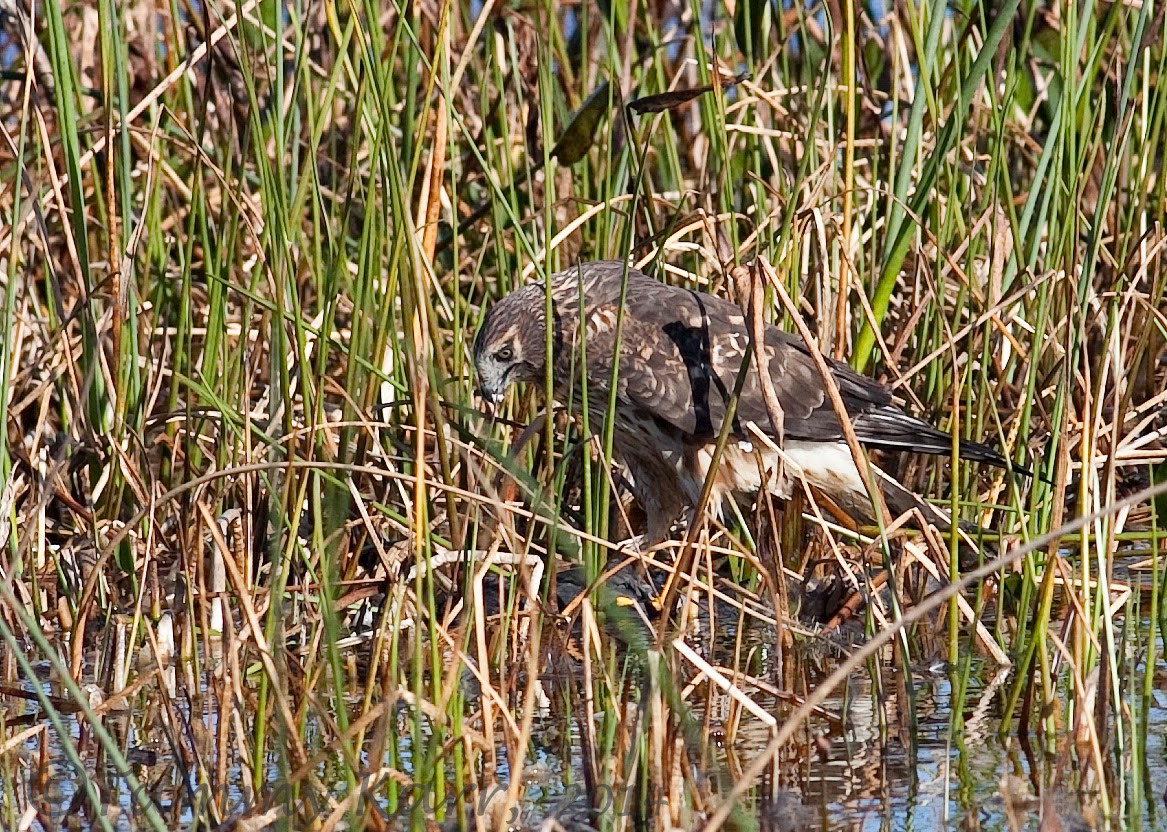