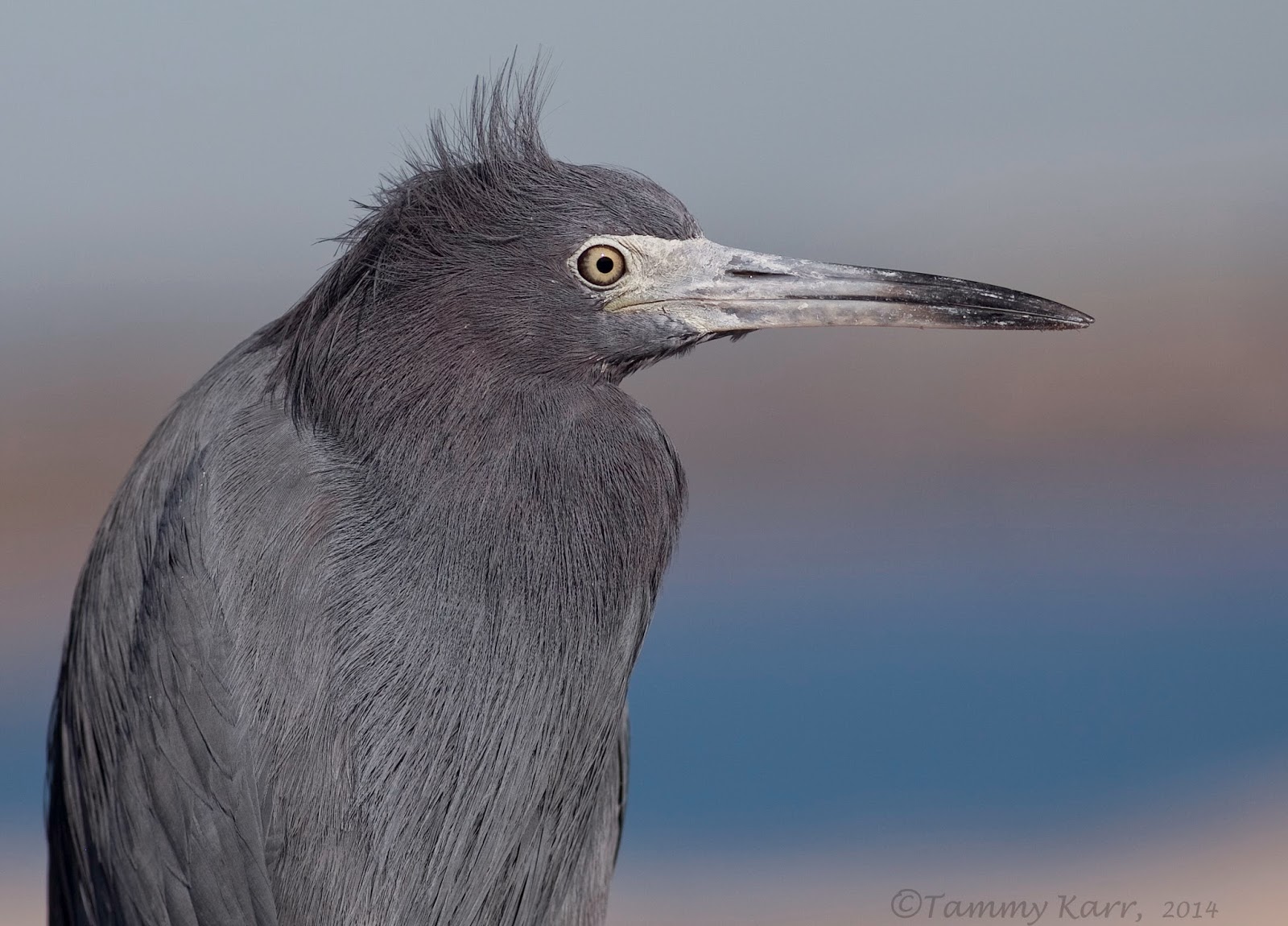 I headed out to Jetty Park on Monday morning, hoping to find the Purple Sandpiper that has been hanging out on the rock jetty the past few weeks. This Little Blue Heron was on the rocks near a group of people fishing. 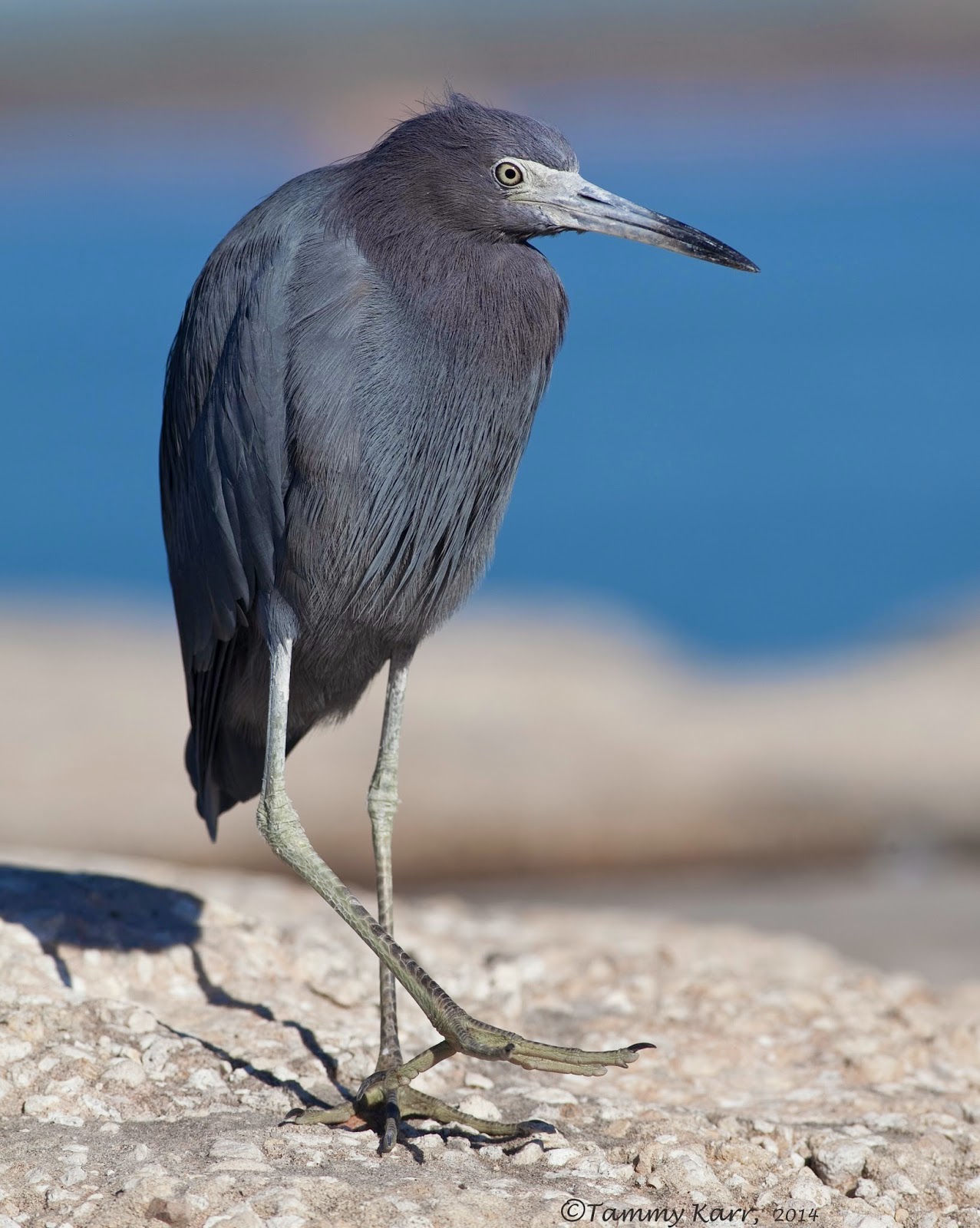 This immature Brown Pelican was resting on the rocks. 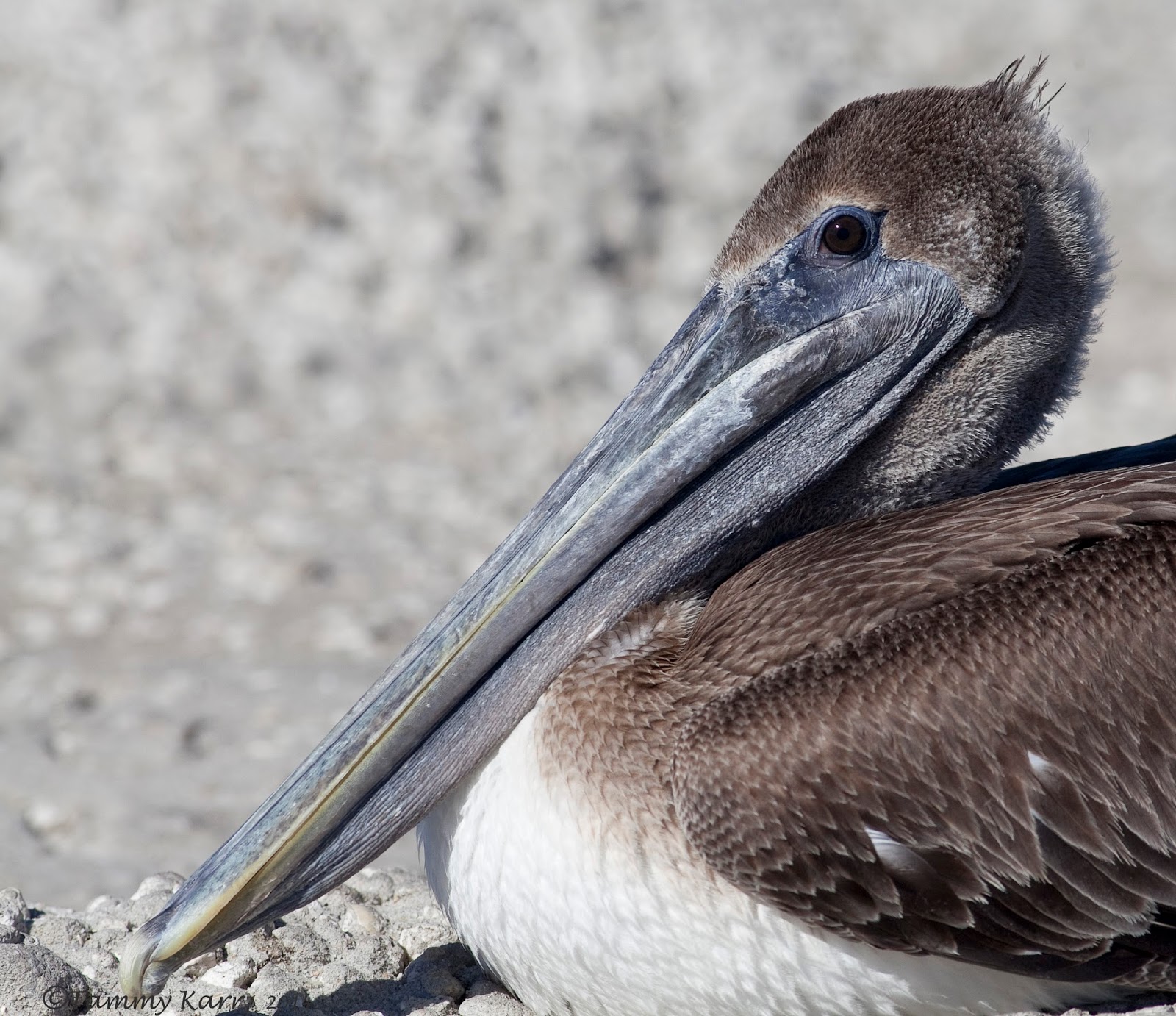 Along the fishing pier we saw two Green Turtles foraging along the rocks. 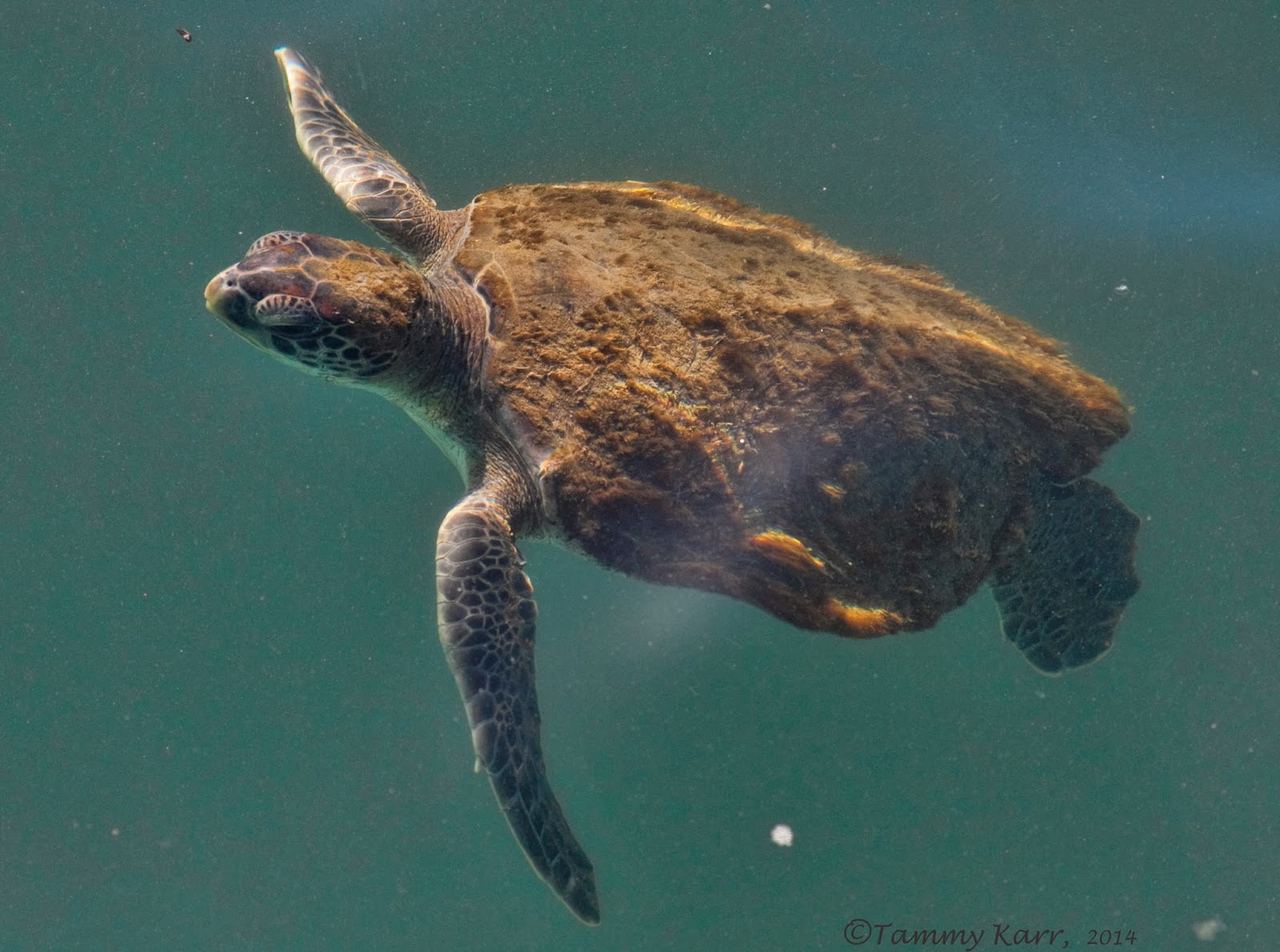 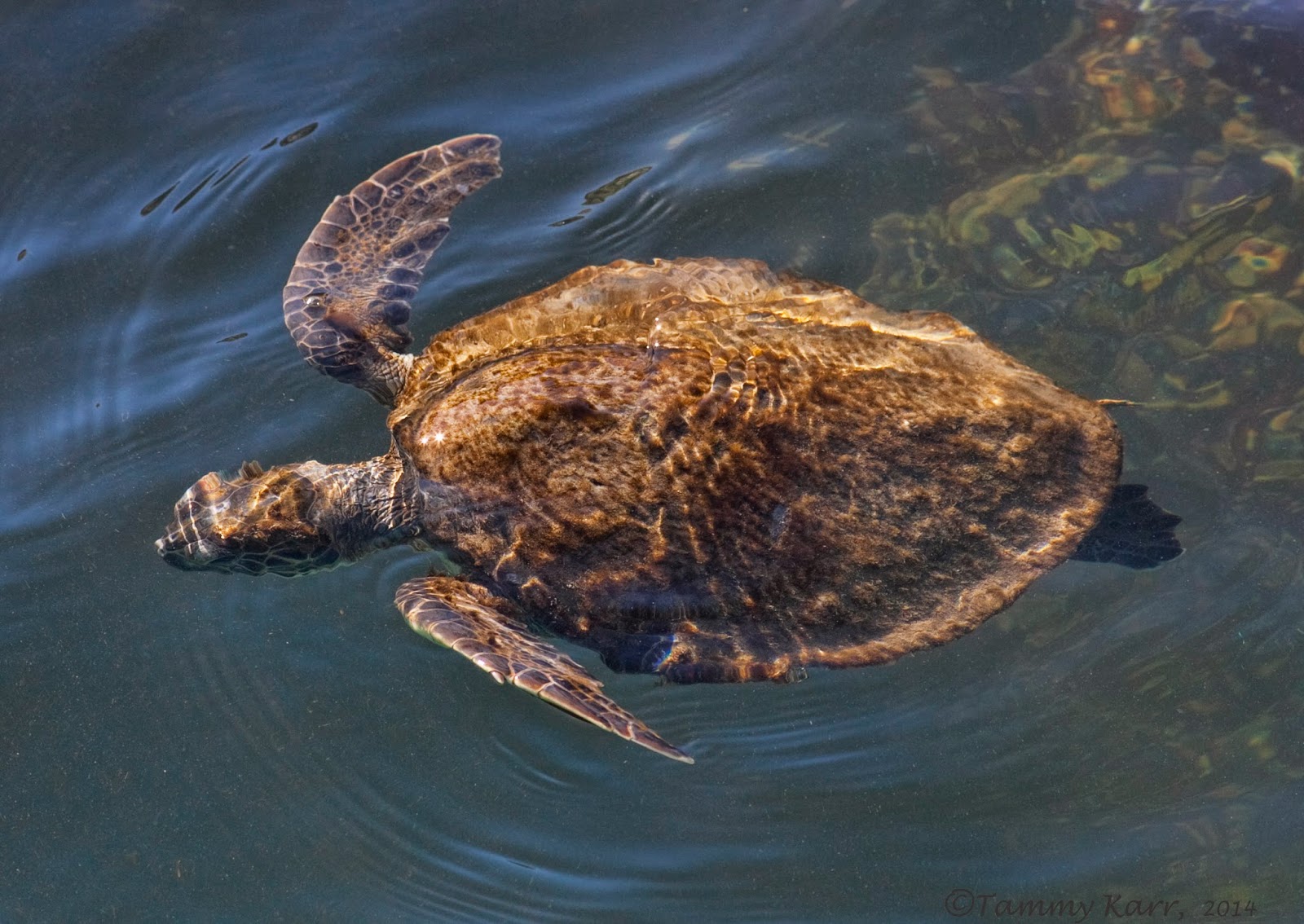 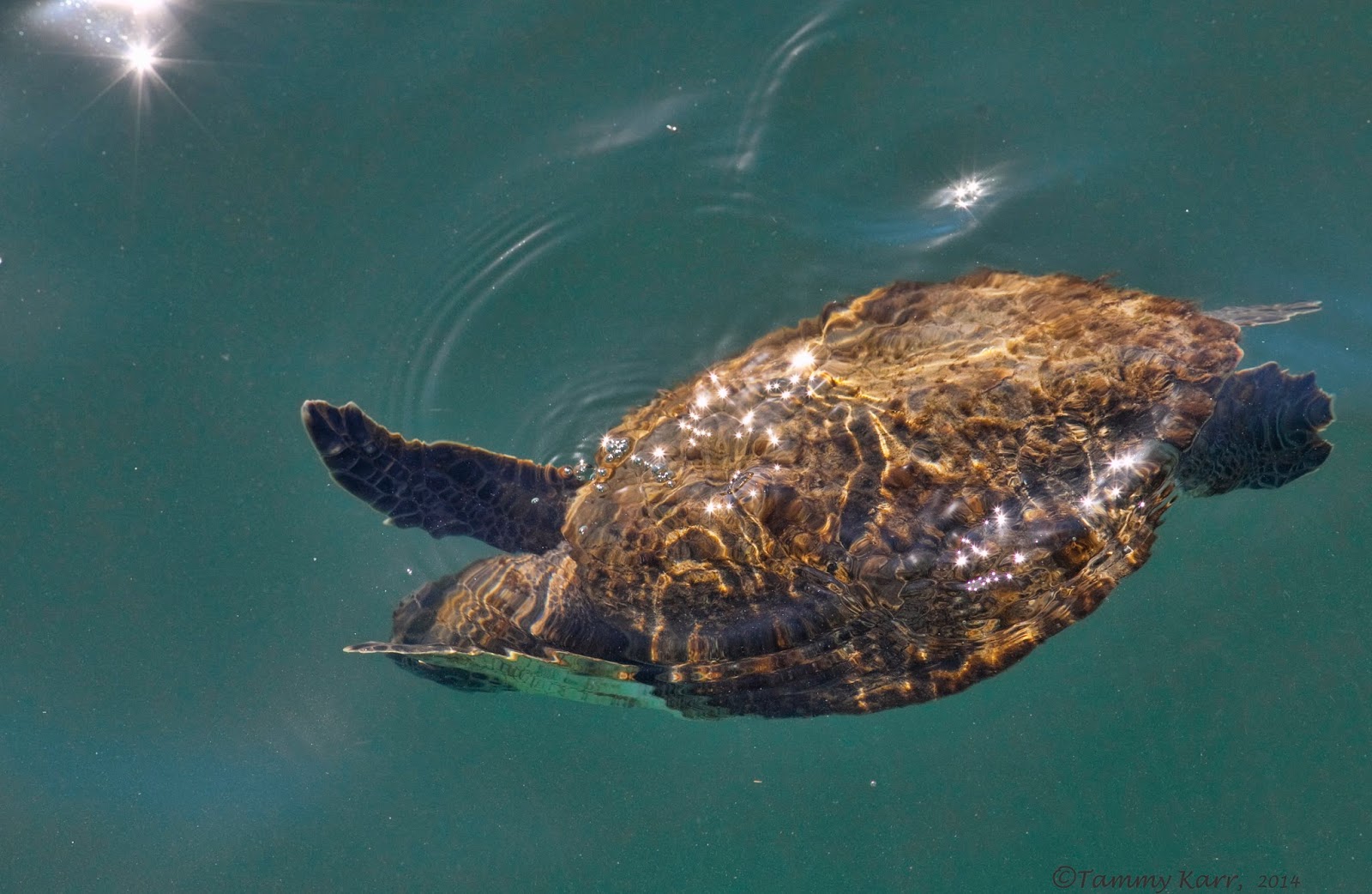 As we made our way down the pier we saw one adult and one juvenile Great Black-backed Gull. There were numerous Ruddy Turnstones looking for scraps. We reached the end of the pier with out any sign of the sandpiper. As we made our way back, I saw the Purple Sandpiper emerging from behind a large rock along the south side of the rock jetty that runs parallel to the pier. 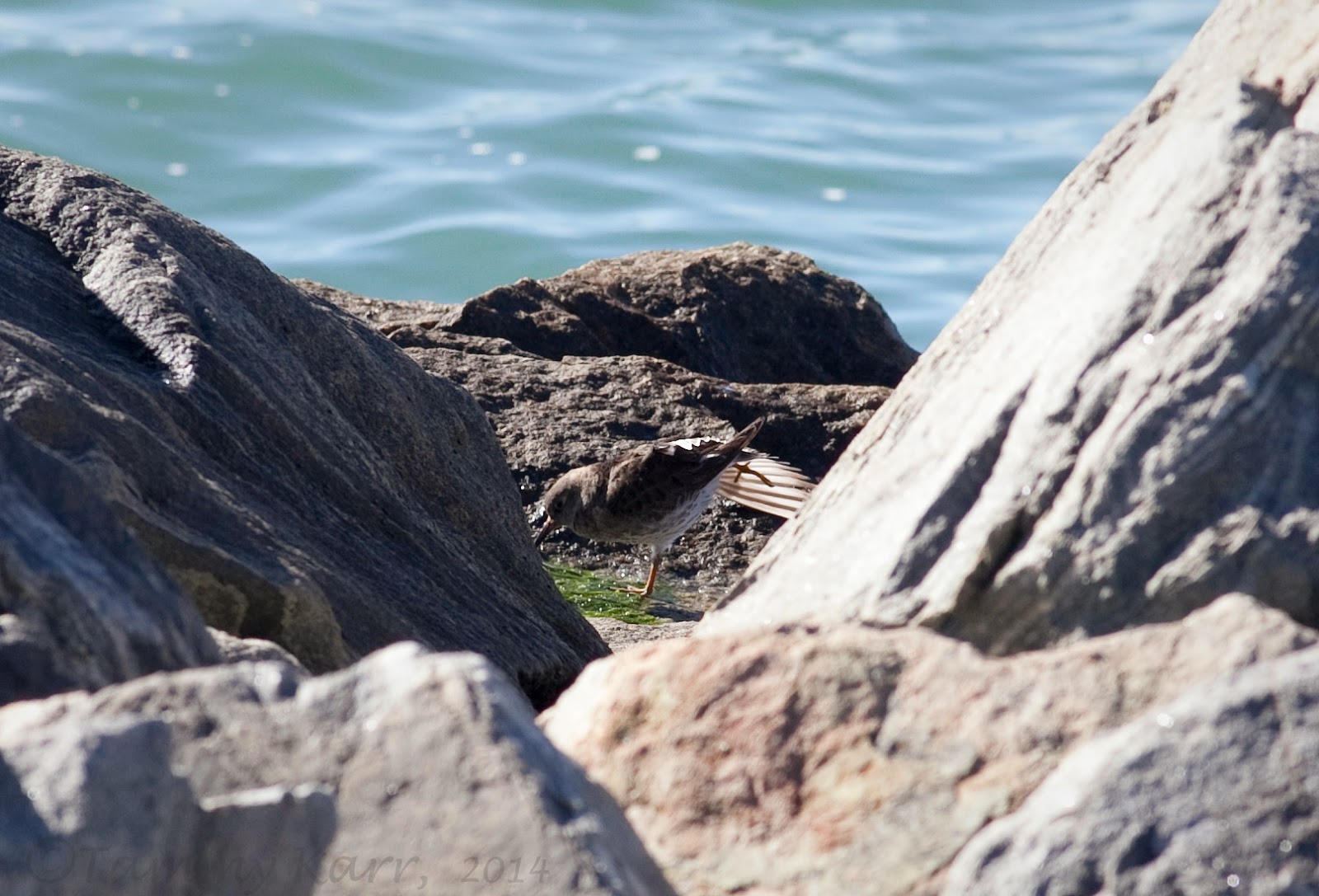 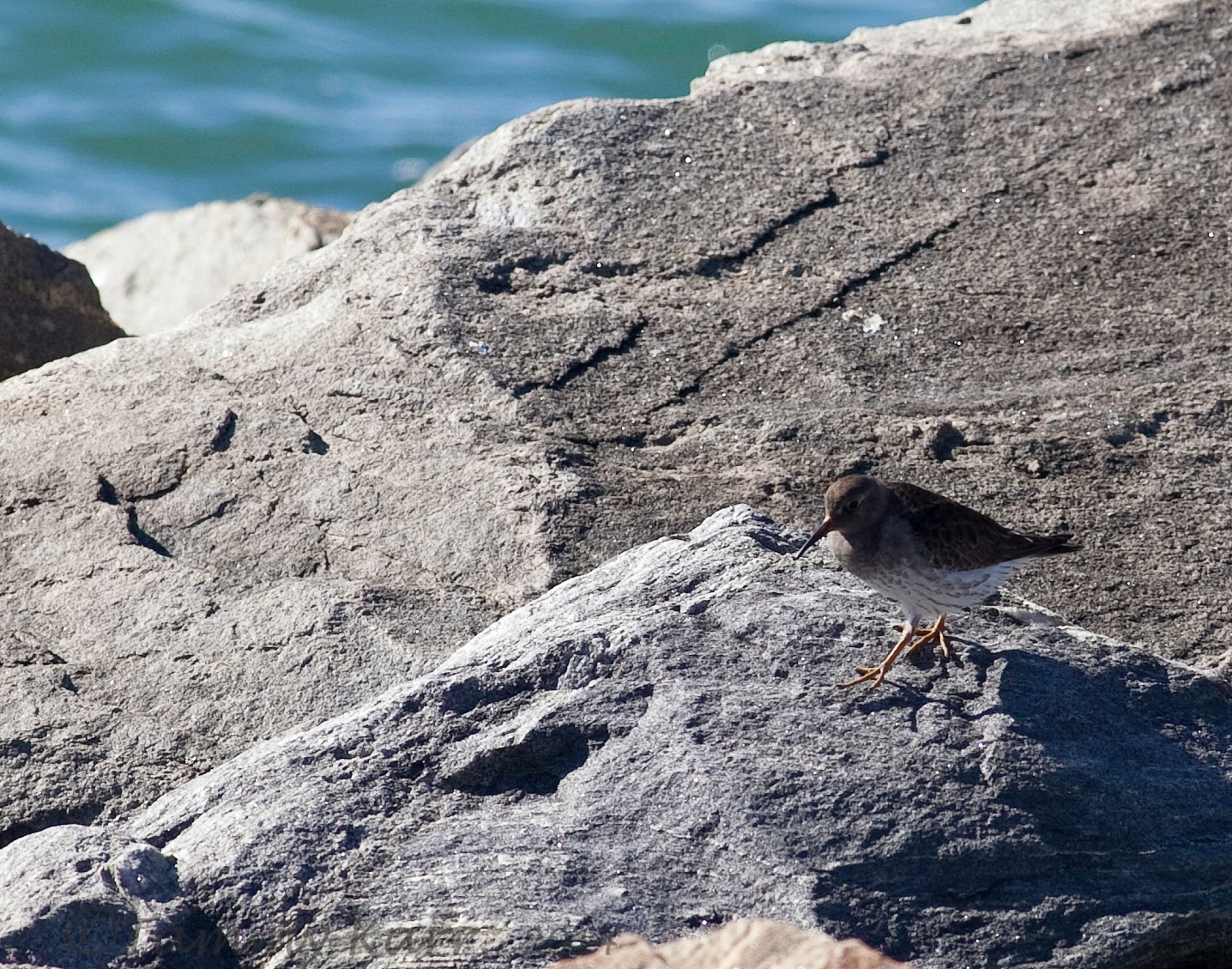 We found the sandpiper just in time...just as my son's patience were being to expire as he really wanted to get to the beach and play in the sand. 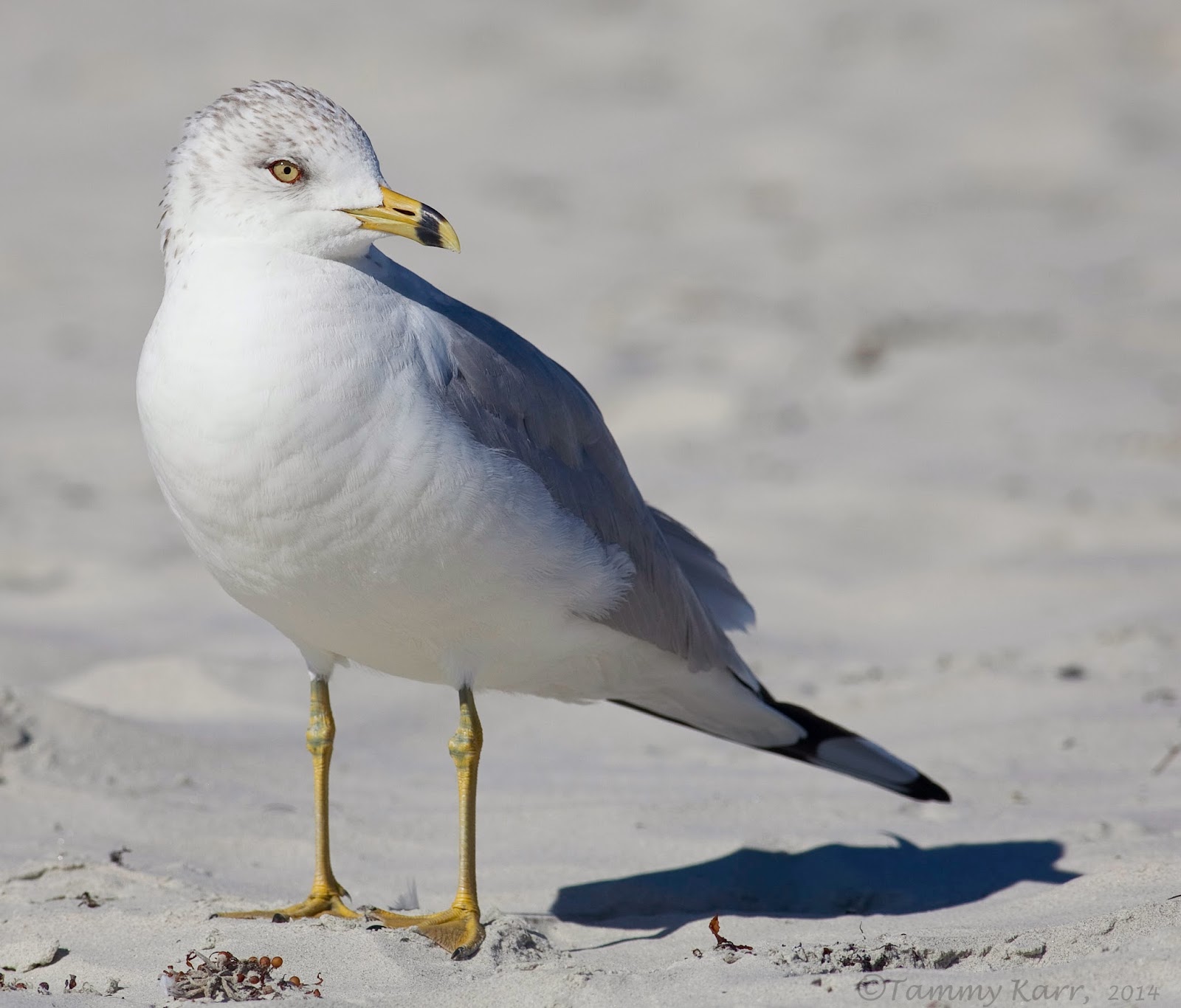 There was one large group of gulls and terns on the beach. The gulls were limited to small mix of Ring-billed and Laughing gulls. I counted 80 Royal Terns and only 5 Black Skimmers.
Posted by Tammy at 5:57 AM