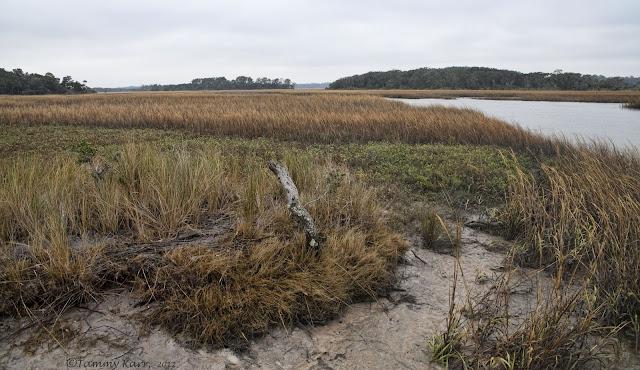 The campground is on the west side of the park on Myrtle Creek, nestled among large Live Oaks and Palms. Here is a picture of the marsh at low tide. The Park Rangers notified us when we arrived that there had been some flooding  the past few days at high tide. It was quite a sight to see the tide come in, right on in to our site. 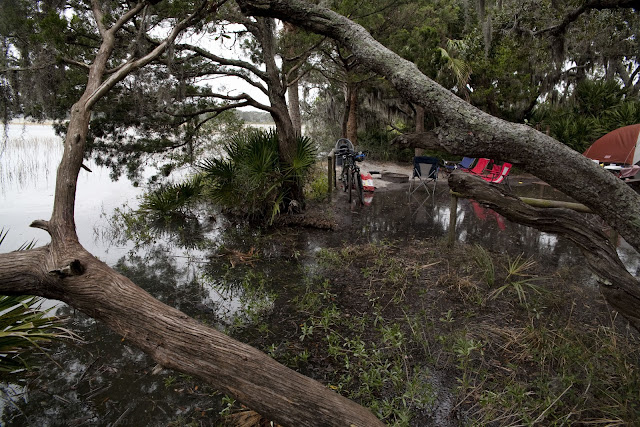 Luckily the water receded nearly as quickly as it came in. 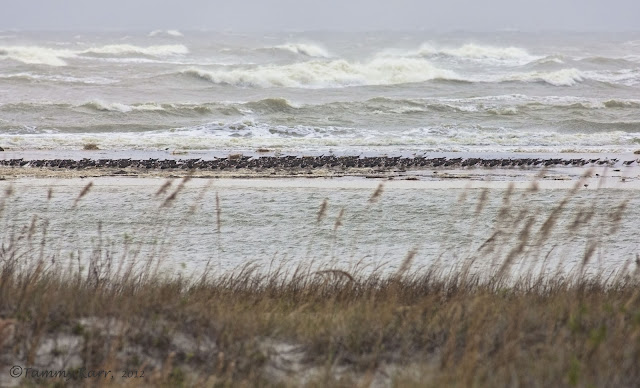 Little Talbot Island is one of the few remaining uninhabited barrier islands in this part of Florida. The park has  nearly 5 miles of beaches, were are about a quarter mile from the campground. I observed an abundance of shorebirds, mostly Black Skimmers, from the boardwalk. There weren't any people on the beach this blustery day and I didn't want to disturb the birds that were trying to get some rest in the 25+ knot winds. 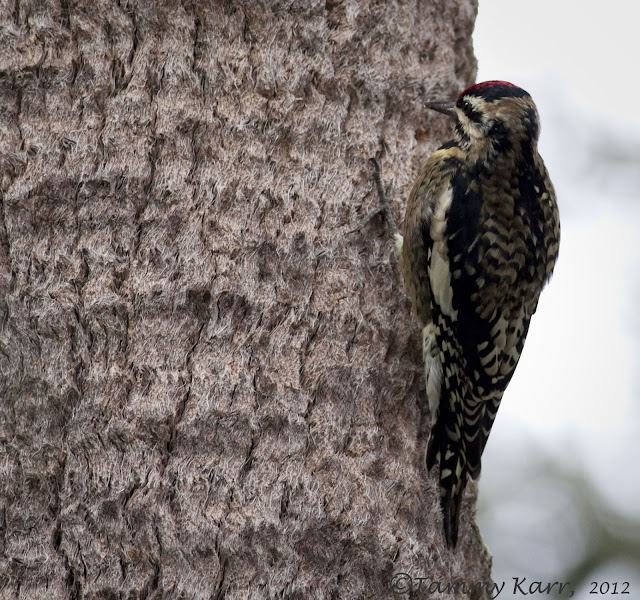 Two Yellow-bellied Sapsuckers, a female and a juvenile, spend the afternoon foraging in the trees in our campsite. 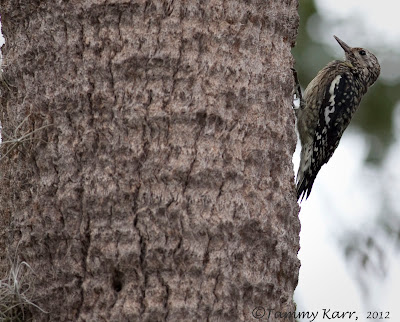 I saw a few Carolina Chickadees around.

The campground wasn't overly birdy. A few others I saw were Yellow-rumped Warblers, a Blue-gray Gnatcatcher, and a Barred Owl. We look forward to coming back and checking out some of the other parks in the area. We did stop at Huguenot Memorial Park, which is really close by. I'll share some photos from there later in the week.