I've wanted to check out Huguenot Memorial Park, near Jacksonville, for quite some time, so I was happy to see it was only a few miles from where we were camping last week. The park is known to be a popular destination for Gulls, Terns, Skimmers, and a variety of shorebirds. Since I hadn't been to the park before, I didn't know that high tide wasn't a very good time for a visit. Beach volleyball anyone? 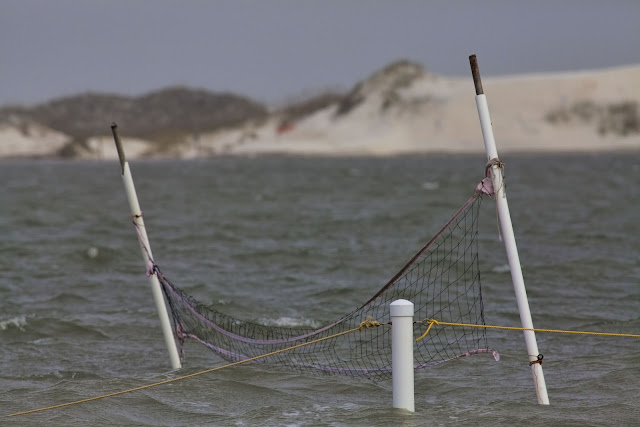 This is the same net at low tide. Is it just me or is that quite a tide? 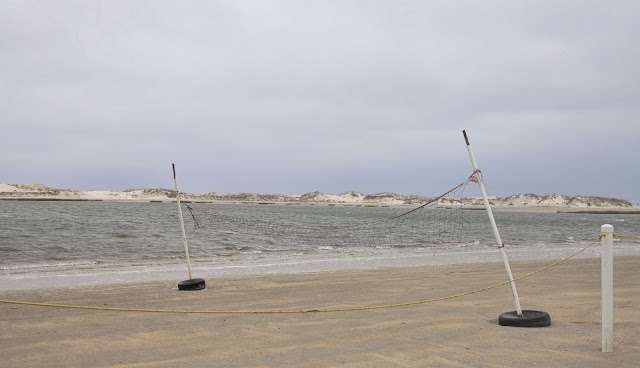 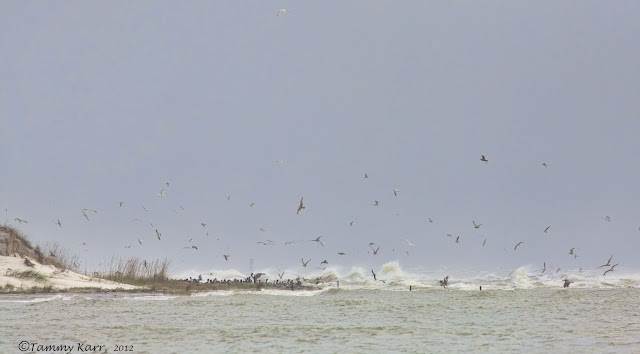 Since it was high tide, we spent most of the time observing the birds in the St.Johns River. 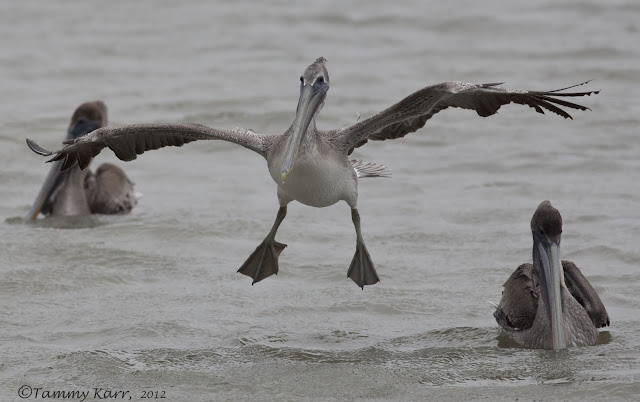 There was a large group of young Pelicans near the shore. The rest of the birds seemed a little preoccupied. 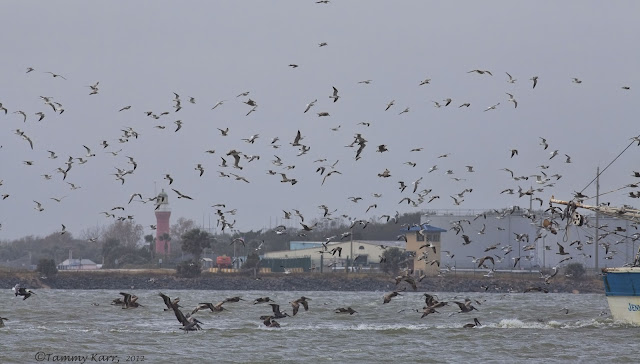 There was quite a crowd of birds escorting this fishing vessel in. 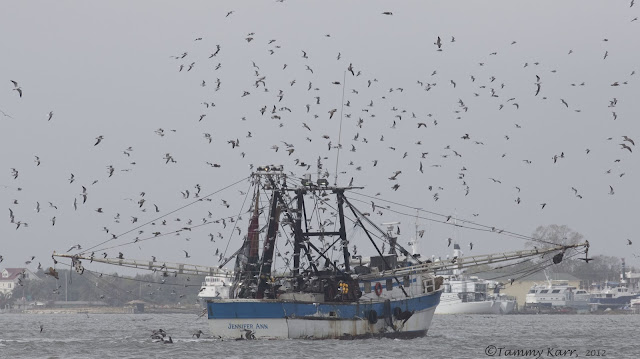 From a distance, I saw this enormous group of Black Skimmers heading towards me. The photo shows only about half of the group. 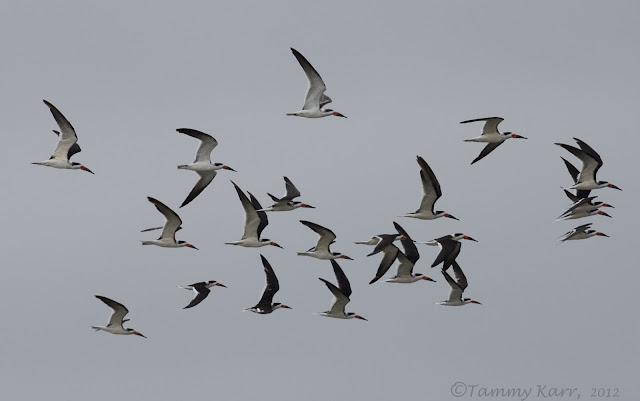 We came back for another brief visit later in the day at low tide. The beach is open to traffic at this time. The only other people out on this day were kite surfers due to the weather. Tall dunes outline the "horseshoe" shape of the park. The off limits center between the dunes is a critical wildlife nesting area where hundreds of shorebirds and terns nest each year. 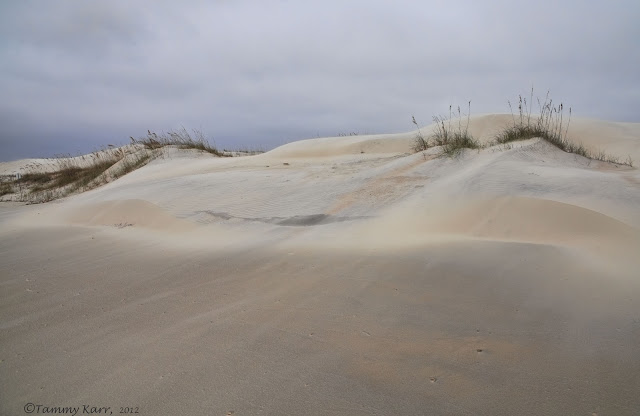 We saw another large group of Skimmers, lots of Herring Gulls, as well as Laughing & Ring-billed Gulls, Lesser Black-backed Gulls, Royal, Caspian, & Forster's Terns resting on the beach. There were Plovers and Sanderlings foraging in the surf.

At the end of the beach on the Atlantic side, there is a large rock jetty with a beach area that also a popular resting place for the birds. I briefly peeked over the wall  and it appeared to be most of the same species as the other the group. 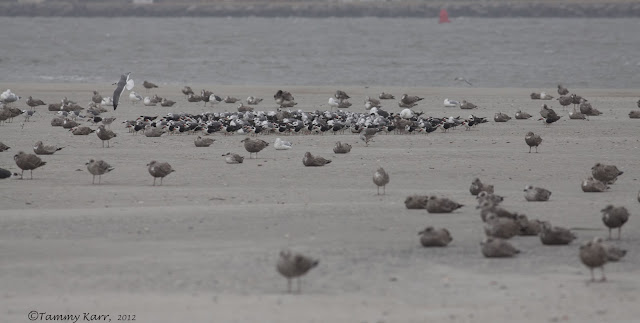 I look forward to coming back here soon!