Things seemed to have picked up quite a bit at the wetlands this week. We saw large populations of the regulars as well as a handful of birds we do not see quite so often. The first cell near the entrance was packed with Great Egrets, we counted close to 50, as well as a mix of Wood Storks, Snowy Egrets, White Ibis, Glossy Ibis, Great Blue, Green, and Little Blue Herons, and Common Gallinules.

This young Wood Stork was relaxing right next to its parents. The juveniles are almost as adorable as their parents:)

I rarely see Black-necked Stilts at the wetlands , but I counted 8 of them today. This one, which I believe is an immature one, was foraging near 2 adults. These shorebirds are quite intriguing looking. They have such delicate features; got to love those super long, thin legs!

Roseate Spoonbills are occasionally found at the wetlands. This one was enjoying spending some time all alone, away from the other birds. 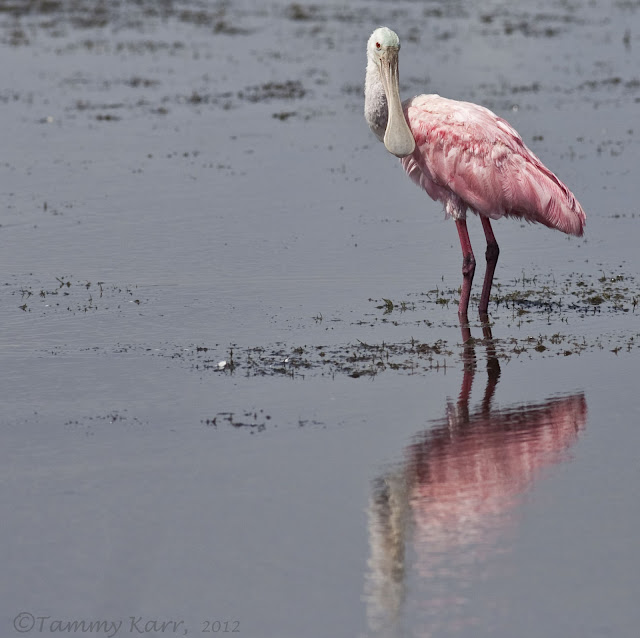 I wonder how hard it is to clean your feathers with a spoon... 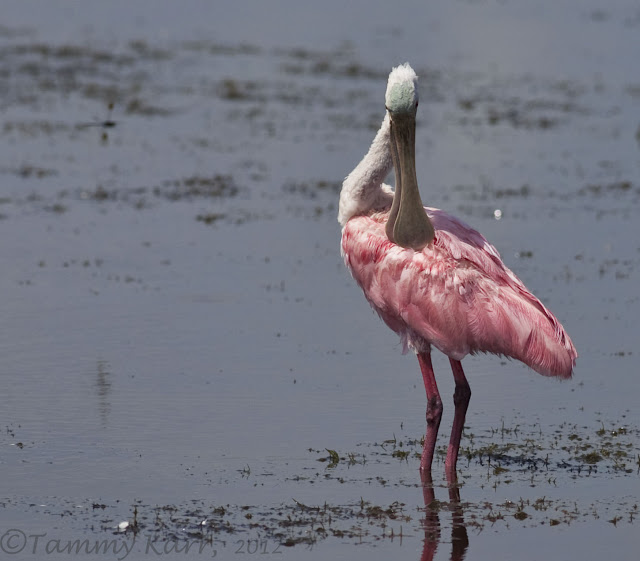 This guy then came along with an apparent disregard for the Spoonbills personal space. The White Ibis looked sort of like a lost, confused tourist, as it walked right into the photo and just stood there... 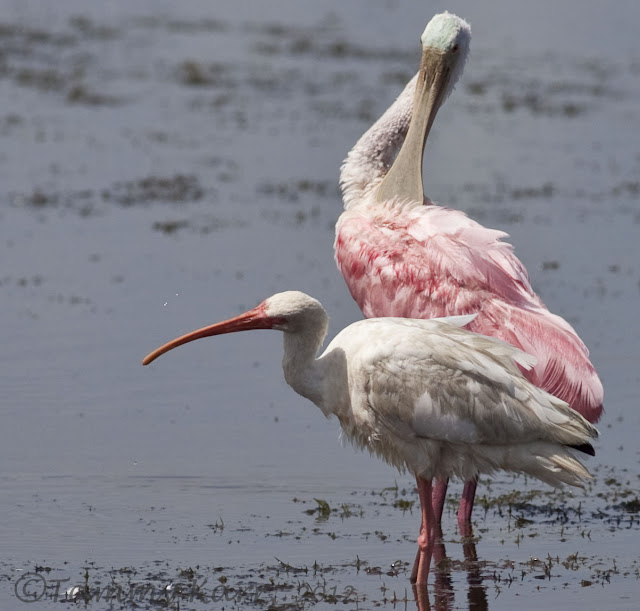