Yesterday afternoon we took a drive out to the Moccasin Island tract. We scanned for birds along the drive, seeing 4 Red-shouldered Hawks, a handful of waders in the canal, numerous Mockingbirds, and a few pairs of Cardinals. We parked in the designated area at the end of the drive, but decided not to go too far from the car as a large storm was approaching. We heard several Eastern Meadowlarks nearby and saw two Swallow-tailed Kites circling the area.


These kites are beautiful raptors, which are easily recognized by their forked tails. They can be found in this area in the spring/summer time and the majority of the time are seen drifting high in the sky. 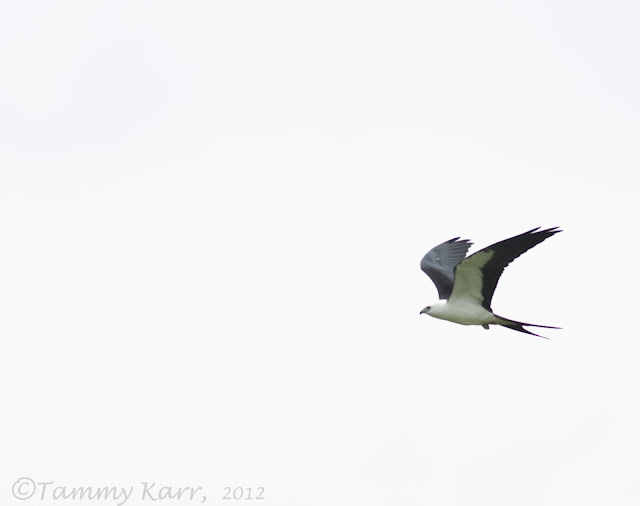 One Kite had an eye on something in the field and made several low passes to investigate. I didn't see the kite pick up any thing in the time I was watching, but I was pretty far away. Kites consume their meals on the fly. 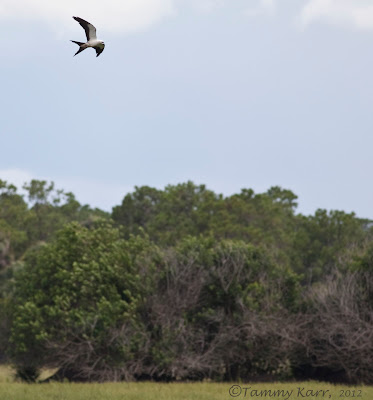 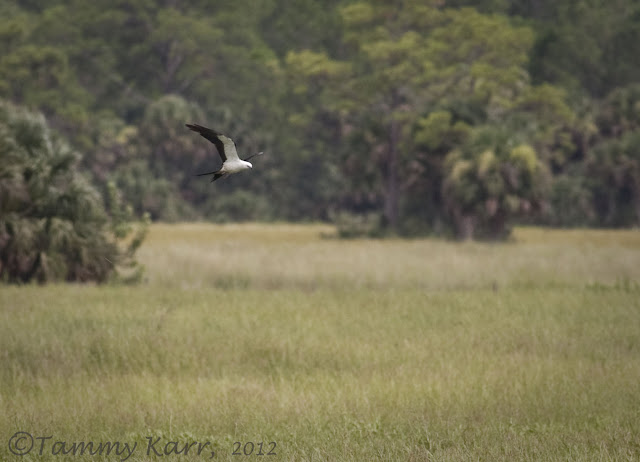 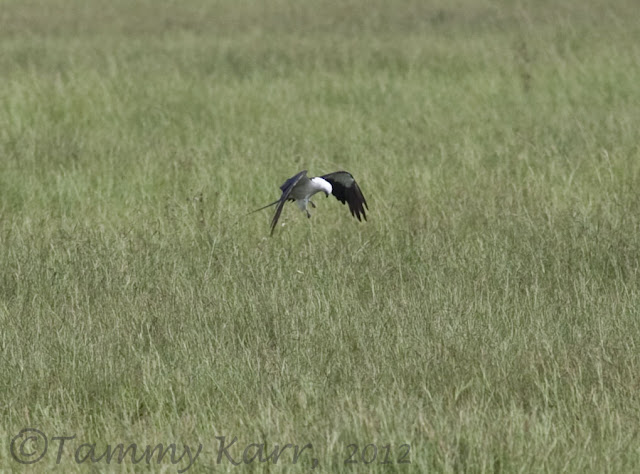 We walked a short distance to another area where the cattle were grazing and upon looking up noticed a large group of additional kites. I counted 21 more Swallow-tailed Kites. The field was also packed with Ibis, predominantly Glossies. Most of the cattle each had their own set of Cattle Egret groupies surrounding them. My son was most amused by the Egrets that were actually standing on the cattle.

The hawks can be seen frequently on the fence posts along the road. 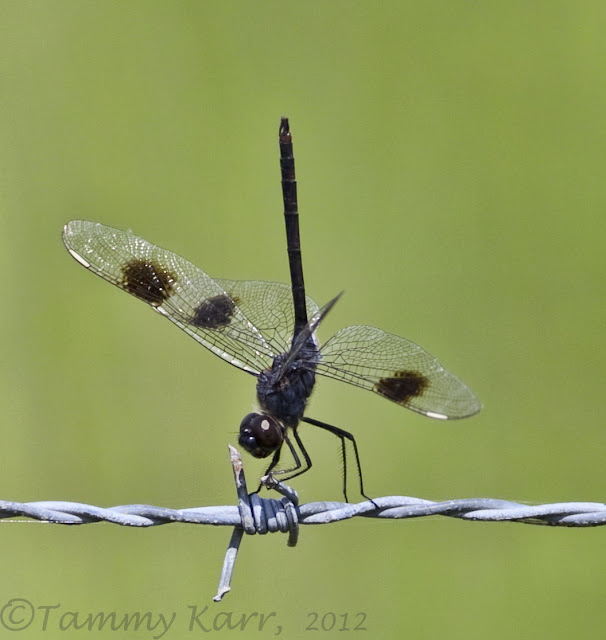 There is no shortage of dragonflies in the area as well:)