Sunday afternoon was an exciting time as the juvenile Osprey I've been watching took its first flight out of the nest. Later in the afternoon, I left to take my son to the park for a bit. Upon returning, I took a quick look up the tree and was quite surprised to now see 2 juveniles...what....I know for certain only 1 was raised in this nest. There are many nests in very close proximity and most of all the juveniles have fledged. It quickly became apparent this "nest crashing" juvenile was not receiving a warm welcome from the resident mama. 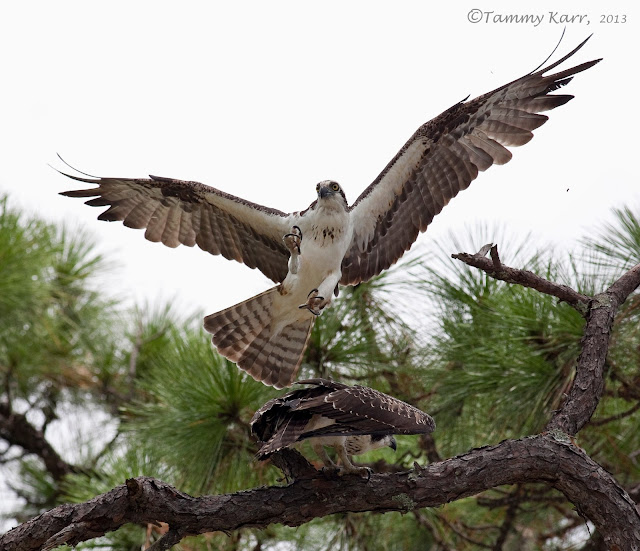 Nope...Mama was making it clear there were no vacancy or free meals in this tree. 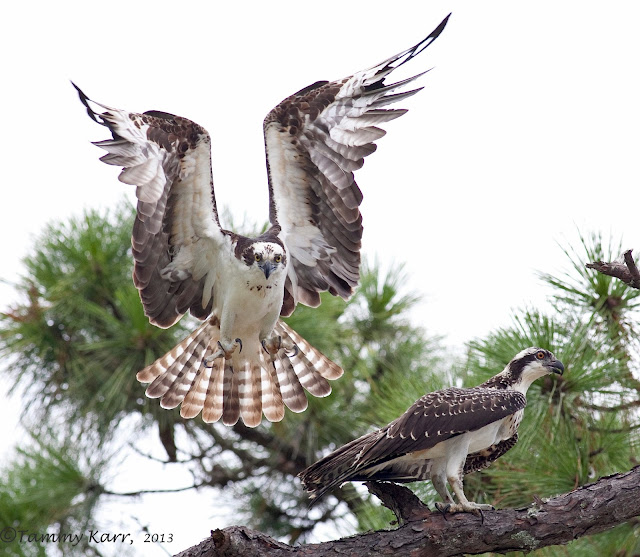 Resident Mama was repeatedly attempting to get the trespassing juvenile to leave, but the juvenile seemed to be determined to stay. I quickly became concerned that this youngster was going to be injured. 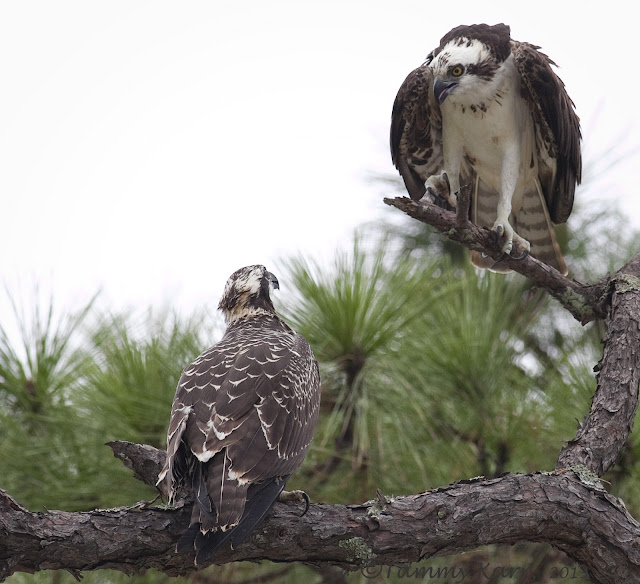 Mama even came down and tried to discuss her concerns..."what part of get out are you not understanding???" she squawked. 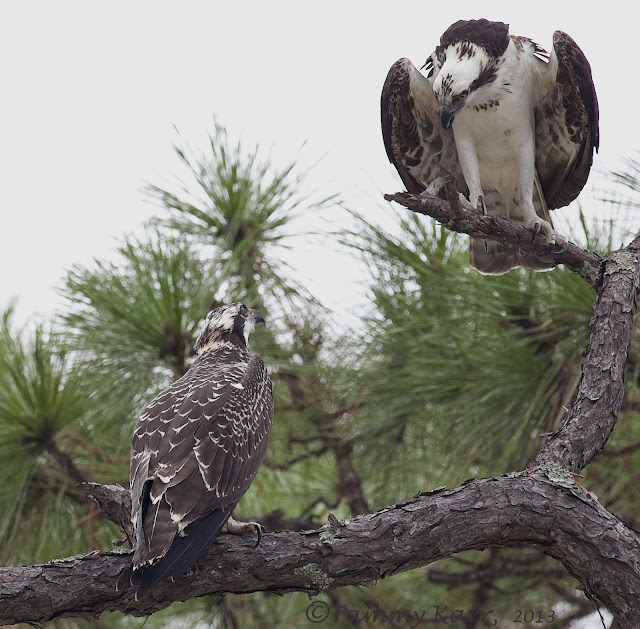 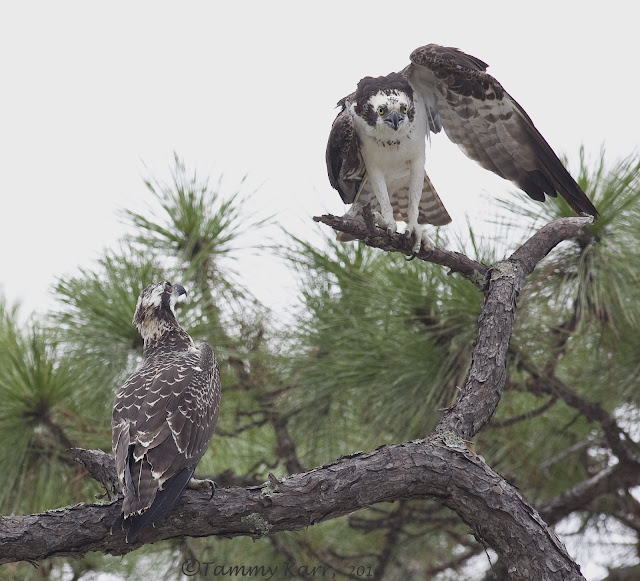 When the talks failed... 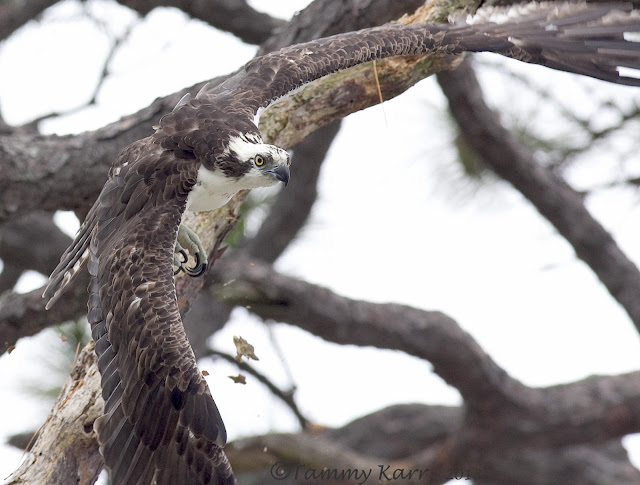 it was back to the attacks. 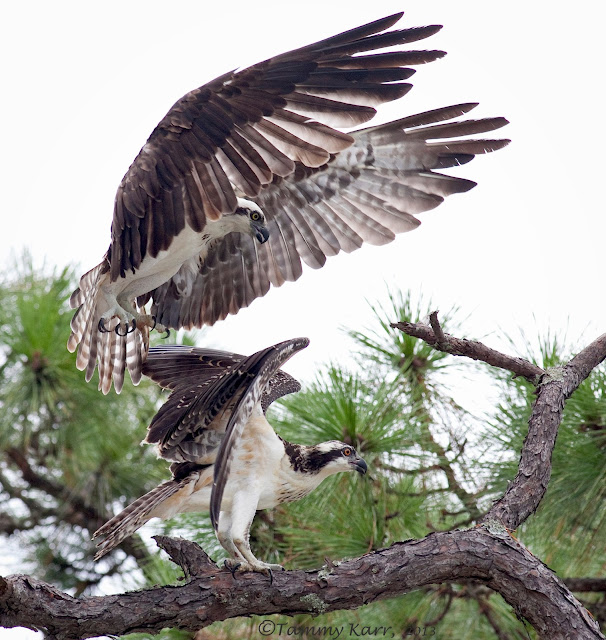 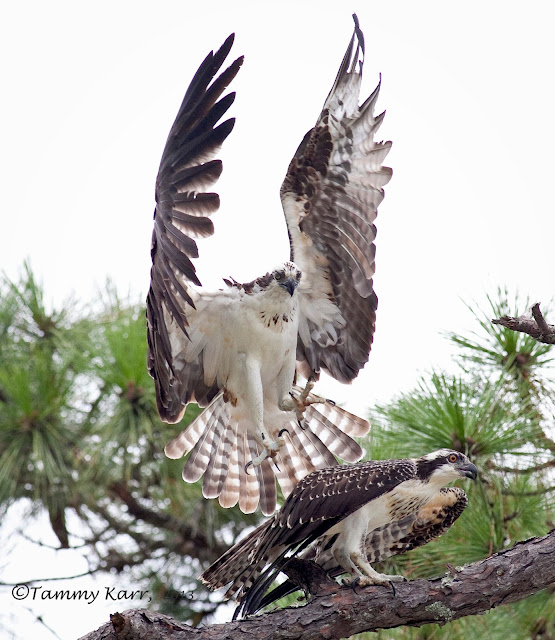 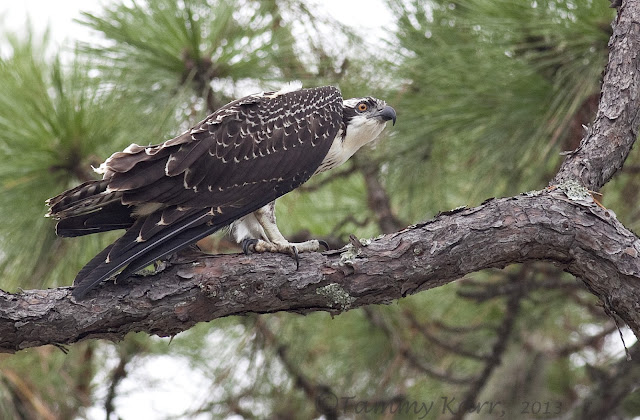 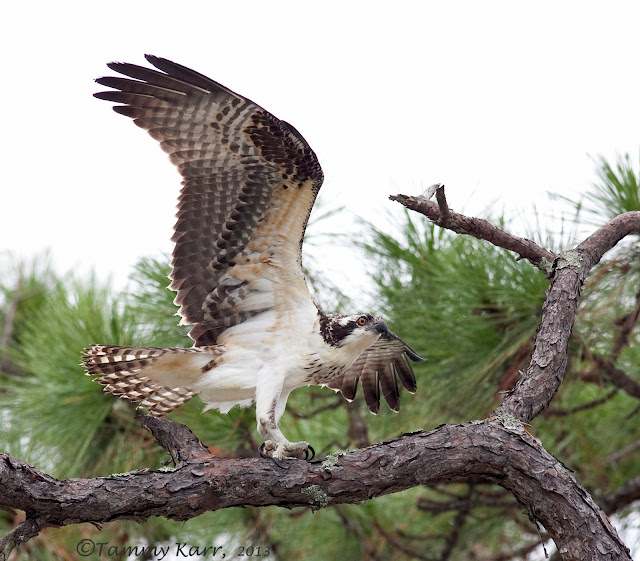 After over a dozen attacks, the juvenile decided it was time to leave. I felt relieved the youngster was on its way. Mama escorted the juvi away. My relief was very short lived as moments later they both returned and this time the juvenile landed right in the nest. 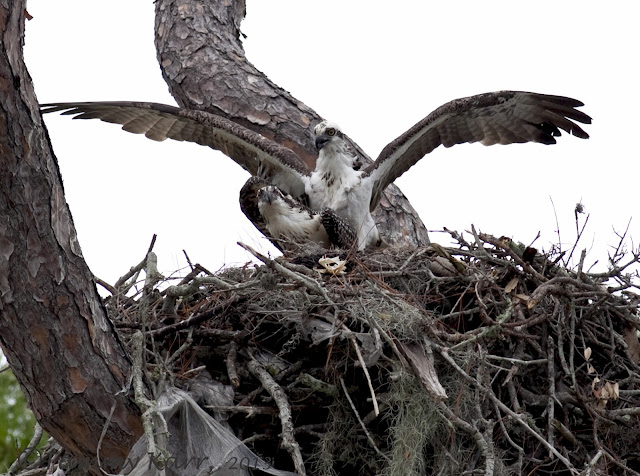 And you guessed it, Mama was angrier than ever! 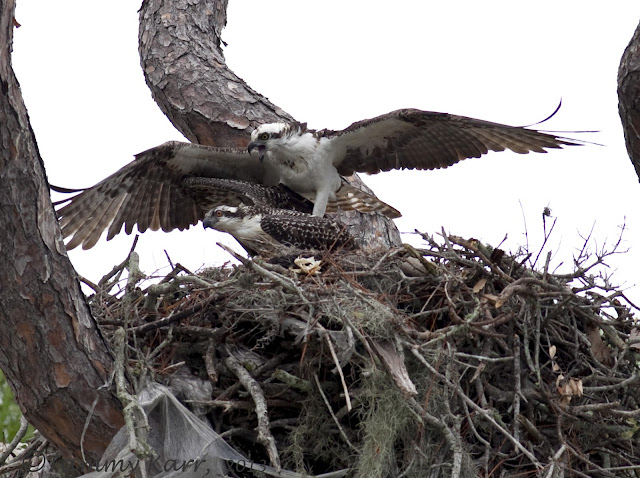 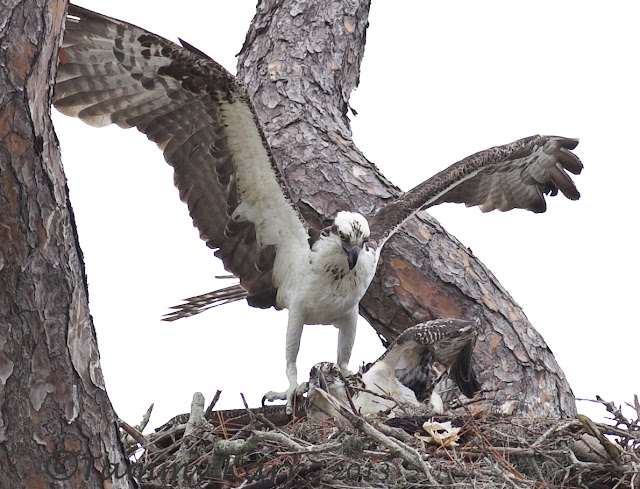 Mama held the juvi down for several minutes and I was really worried the juvi wasn't going to resurface, but finally it did. This time it was smart enough not to return and the tree was drama free for the remainder of the day. I found these interactions interesting and did some reading on "visiting" juveniles. I didn't come across too much information, but did read that juveniles will occasionally attempt to nest switch after fledging. These juveniles are usually motivated to switch by hunger. Once a juvenile fledges the nest, they still rely on their parent for food to survive for up to 3 weeks as they learn to catch fish on their own.  I did read that some adult Ospreys will accept other young and feed them. Obviously this mama wasn't too accepting!
Posted by Tammy at 4:50 AM