We took a trip out to Moccasin Island today, and it was just one of those days. You know, the kind of day when you feel like someone is always watching you. As we began our ascent up the road we encountered this adult Caracara schooling her young on how to keep the traffic moving.(I assure you I didn't stop to take this photo)


The patrols were definitely out today. We encountered this Red-shouldered Hawk at the next sign along the road.


The hawk initially seemed very serious about enforcing the sign, even gesturing to it to be sure we saw it.


But, the hawk decided to abandoned its post about a minute later to retrieve something of interest. 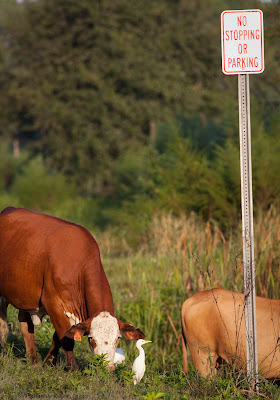 Next, we came across some cattle that had gone AWOL. They stood in the road for a few minutes, staring at us down, forcing us to ignore the sign and stop. They eventually moved and we continued on.


We came across this handsome young man as he wandered along the road. He took off in bounding leaps as  we drove along, but it wouldn't be the last we saw of him.


These little Common Ground-Doves, along with a handful of others, found the middle of the road to be a wonderful place for a rest.


Barn Swallows were everywhere. Many of them were resting along this pretty wire, tired from their daily high paced activity.


We arrived at the empty parking area, and decided on a walk up the southern trail. The area surrounding the parking field was full of Eastern Meadowlarks. We didn't end up walking to far as the mosquitoes were really hungry and my son decided stomping in a huge puddle was more fun than going for a walk. 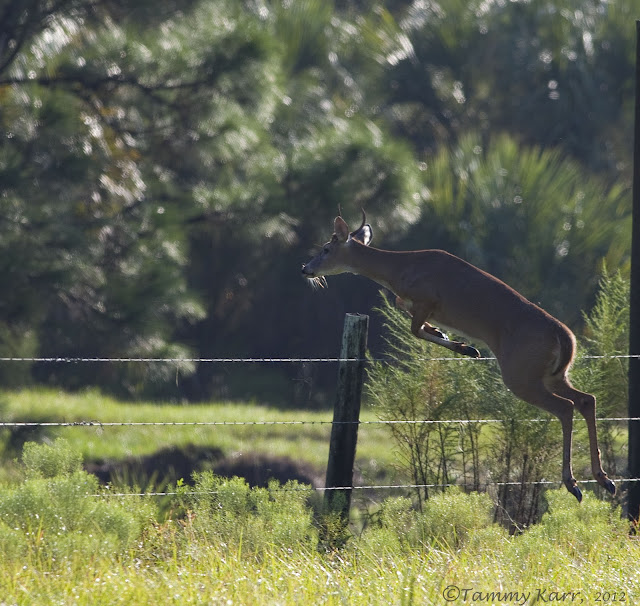 We saw the young deer again as we were leaving. It was about a mile up the road from where we first saw it. Once again it decided not to stick around. 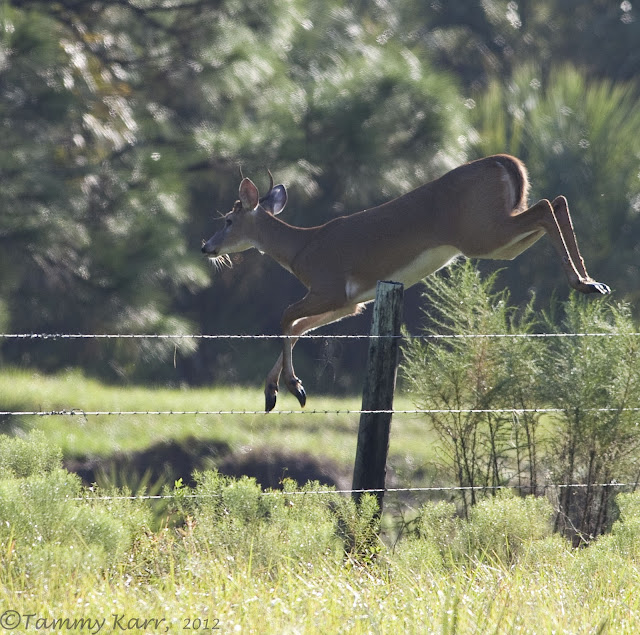 We made a loop around the Click Ponds on our way out. Things were very low key there. We did see nearly a dozen young Green Herons. 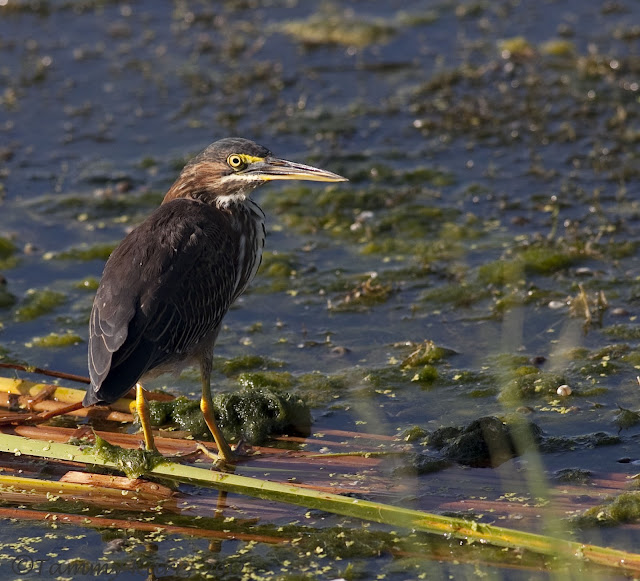 And one juvenile Night Heron. 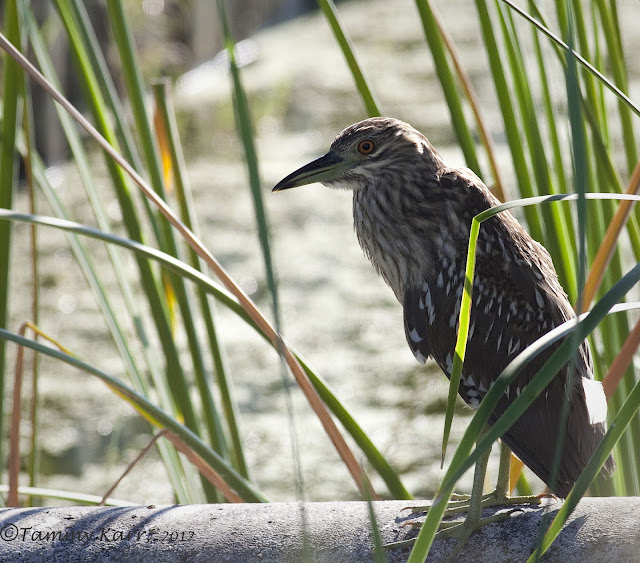 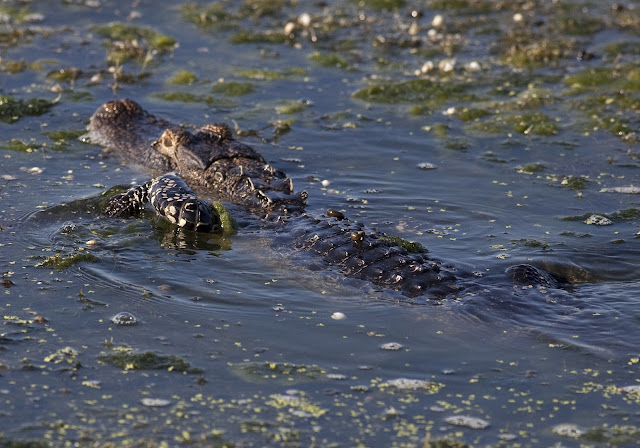 This gator decided it was time for his morning exercise, a few laps around the pond! 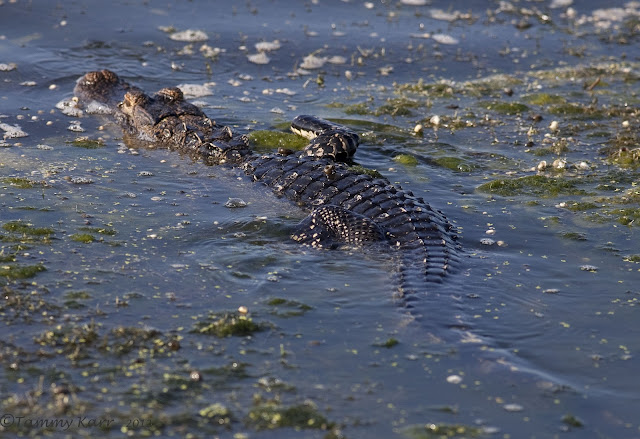