I took a trip to Jetty Park this weekend to spend the day at the beach. I brought my camera along, hoping to catch sight of some terns, gulls, skimmers, or shorebirds, but all were surprisingly absent . On the way to Jetty Park, I was passing through the small streets of Cape Canaveral when I encountered a whole lot of brightly hued feathers, and a whole lot of noise. 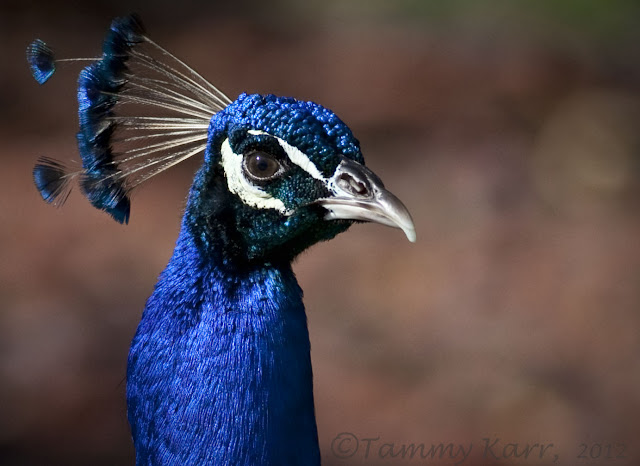 I stopped to take a photo of two Peacocks walking down the side walk when a nice woman on a bike told me to take a ride through her adjacent neighborhood if I wanted to see more Peacocks. Following her advise, we made our down just one of the streets and counted over 30 Peacocks! On fences, in trees, on patios, there were Peacocks everywhere! And did I mention the noise? The Peacocks' unmistakable mating cry-like cry could be heard resonating throughout the area. 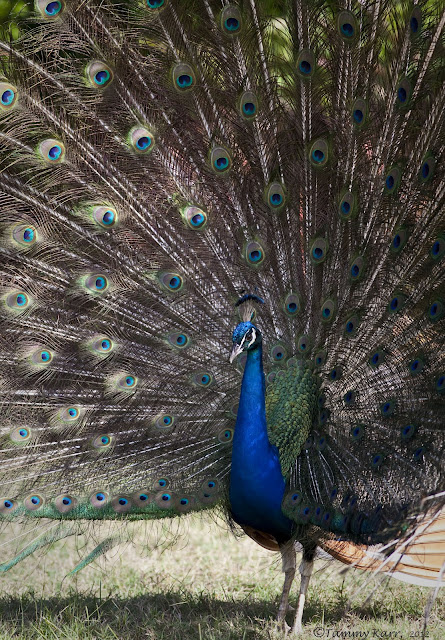 In one yard, I noticed 5 male Peacocks displaying their feathers. A few minutes later I figured out why... 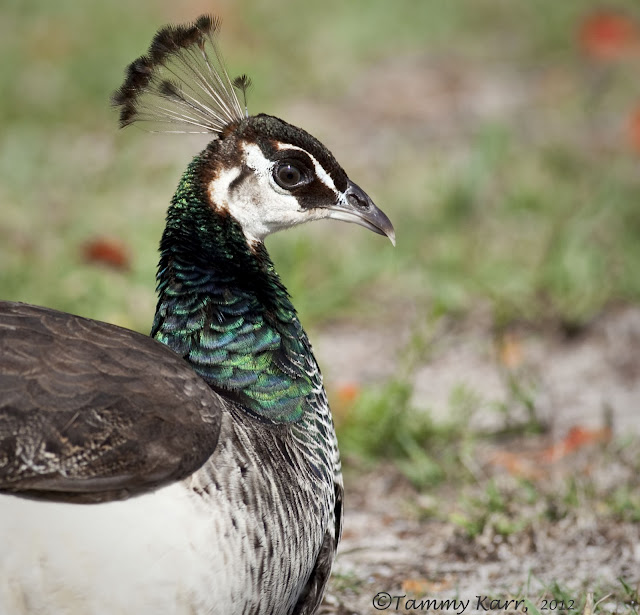 This lone Peahen was resting nearby, seemingly unimpressed by all the fancy feathers being flashed her way. 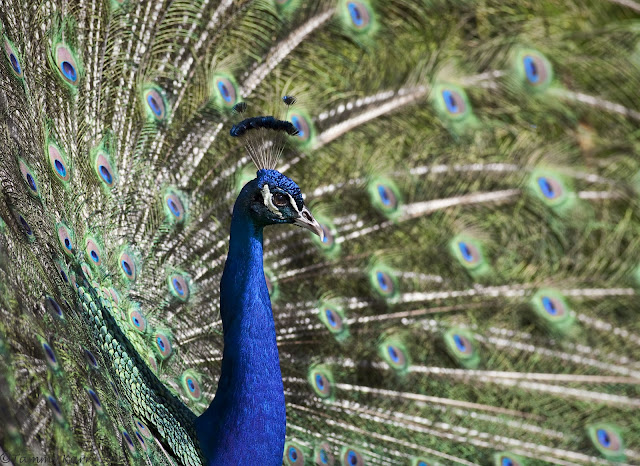 Peafowl (Peacocks and Peahens) are not native to Florida, but this flock has reportedly been residing in the Cape Canaveral area for more than a hundred years. Some believe that the Peacocks may have originated from a Peacock farm that existed long ago near the Banana River.
Posted by Tammy at 4:54 AM