Spending time, usually in the late afternoon, watching the plethora of activity on the Indian River is a favorite activity around my house. On this particular afternoon last week, we came out to see six pelicans, three Ospreys, and a hand full of Least Terns dipping and diving into the large schools of mullet.

This Osprey made several circles around us before scooping up its fish. The Osprey grabbed the fish, a rather light meal, with one talon before circling around and heading back towards us.


We have seen the Least Terns nearly everyday since their recent arrival in town. I'm usually initially alerted to their presence by their distinctive calls, which sound remarkably like my dog's squeaky toys. It's a rather unmistakeable sound!


At the end of the dock we visit, there are a few pilings that are quite popular with the birds.  During the near 30 minute visit, the Least Terns, a Brown Pelican, and a Cormorant all popped in.


Over the past month, I've noticed that many of the Brown Pelicans are in various stages of breeding plumage development.


I photographed this Brown Pelican a little later in the evening.


In addition to the birds, a  small pod of dolphins came into the area. They were quite active, and may possibility have been mating. 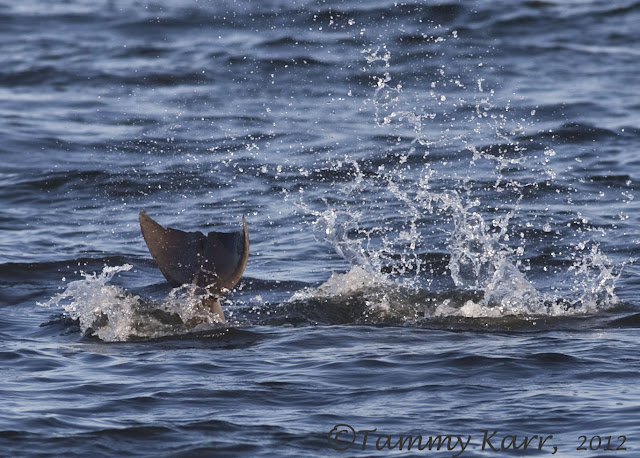 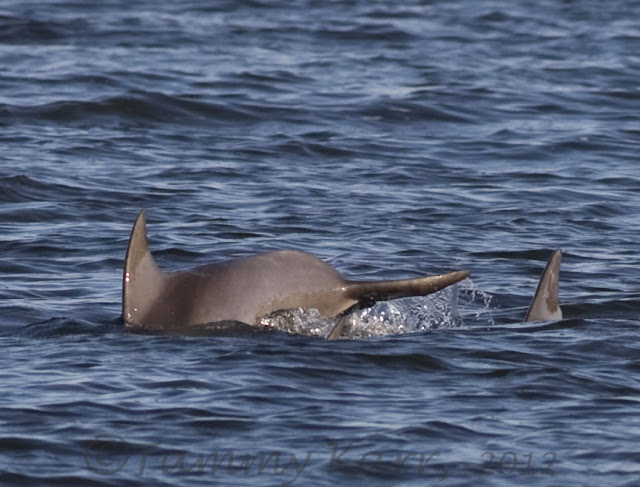 I liked this Dolphin, swimming on its back! 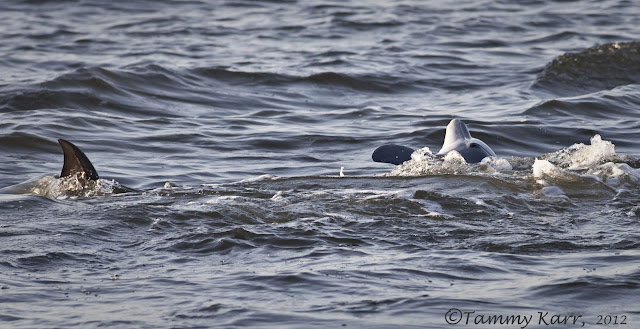