Royal Terns are large terns with orange, carrot shaped bills that are found along the coasts of Florida. I found this Royal Tern along the shore of the Indian River in central Florida. I see them here regularly, usually hanging out with some Laughing Gulls, Ring-billed Gulls, and occasionally some Forster's Terns.


I took a trip to Sebastian Inlet last weekend, hoping to see some Black Skimmers. While I didn't find the skimmers there that day, I did see numerous Royal Terns. There was a large flock on the north side of the park, most of which were catching some R & R on the beach. On the south side, I was able to watch several Royal Terns in action, diving for a meal in the inlet. Like alot of birds, I find them fascinating to watch. 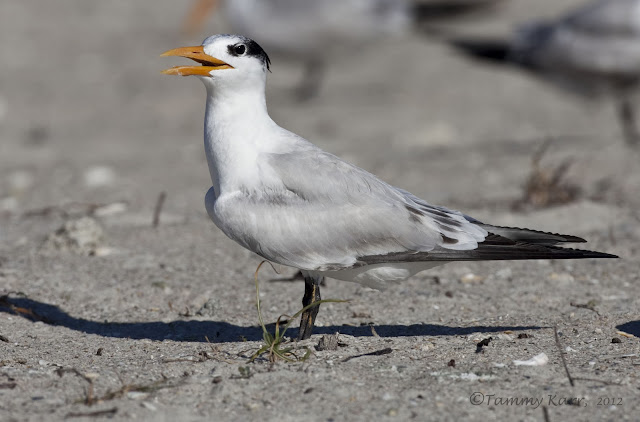 This tern was conversing with a nearby Ring-billed Gull. 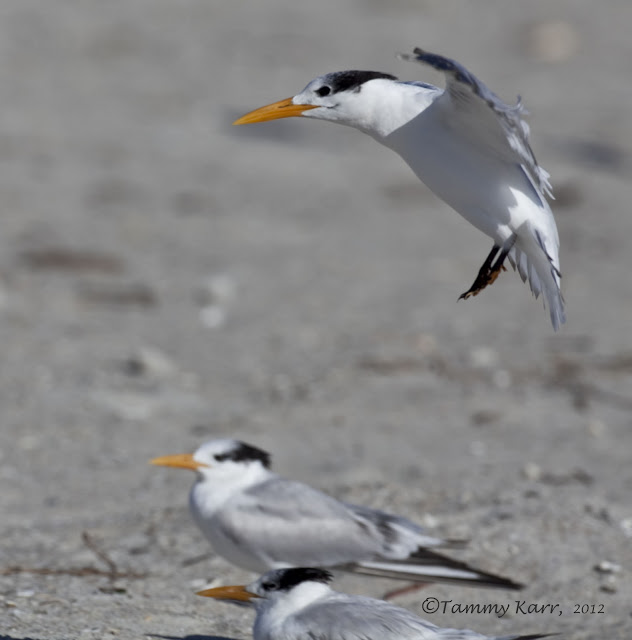 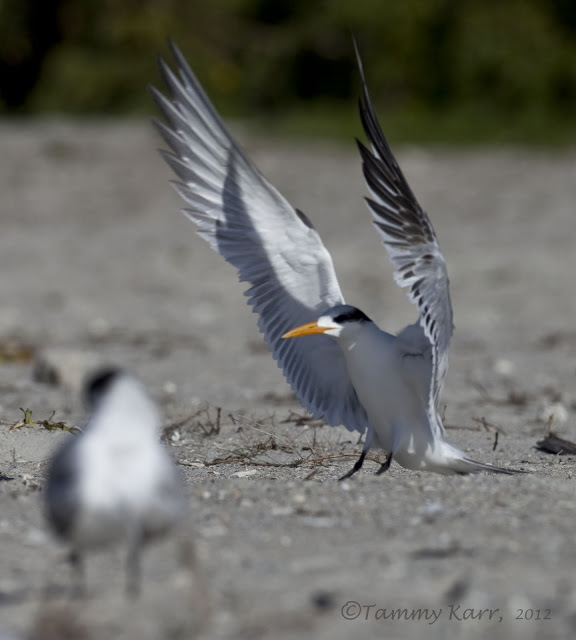 Numerous terns joined the flock while I was observing the birds on the beach. They have quite an impressive wingspan. 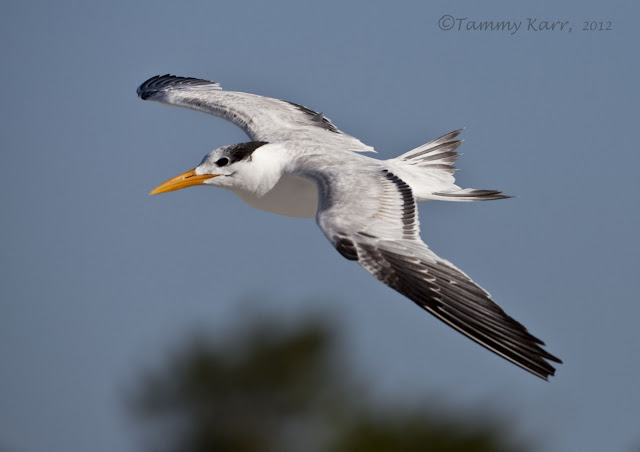 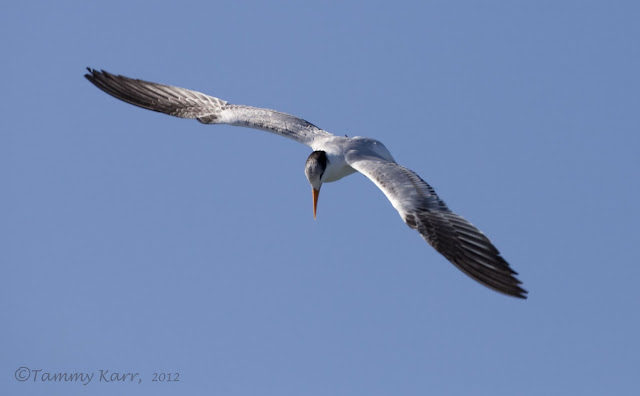 Terns forge both on their own as well as in a group. Royal Terns feed on mostly on small fish.