The Least Terns have returned to the area! I saw my FOY Least Tern on Easter morning along the Indian River near my house. This week I saw a dozen of them at the beach near Jetty Park. These tiny terns are rather boisterous and I usually detect their presence upon hearing their distinctive calls. Luckily for this Least Tern, very few gulls were at the beach today so it wasn't harassed when it arrived on the beach with a fish! 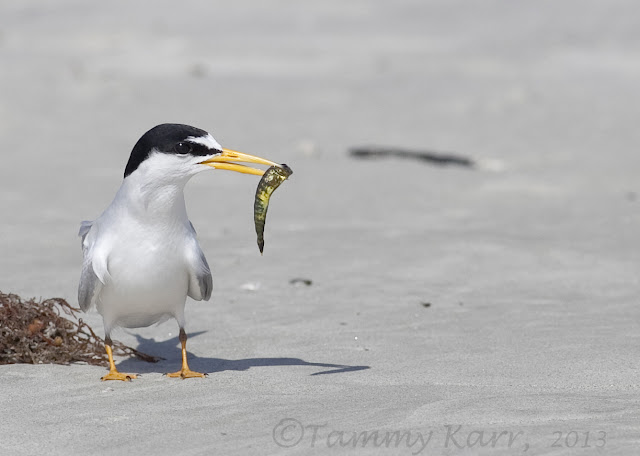 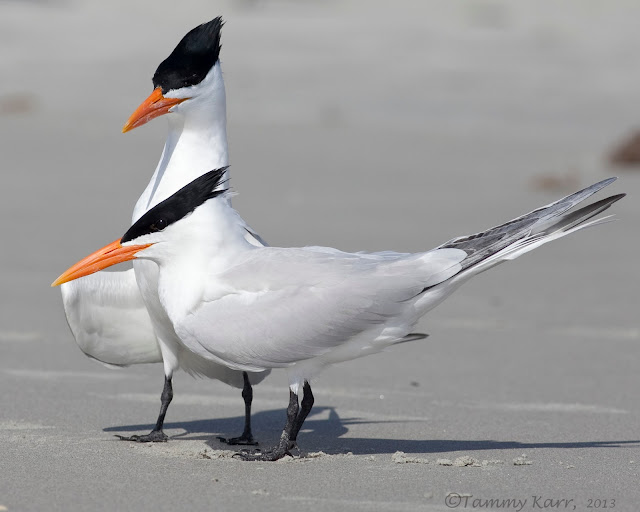 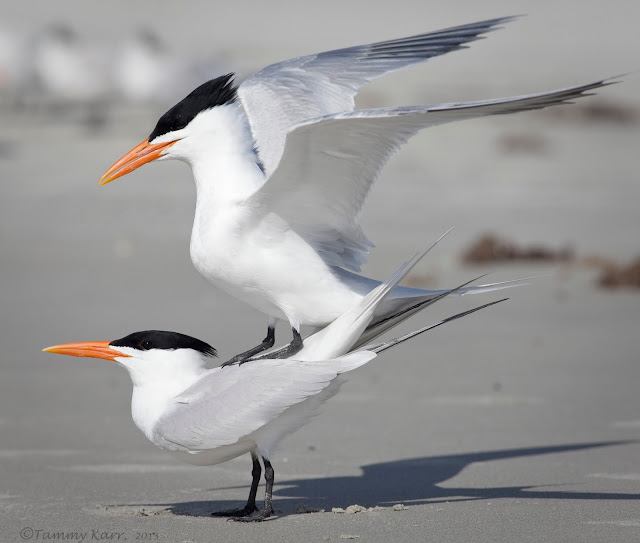 Courtship appears to be going well! 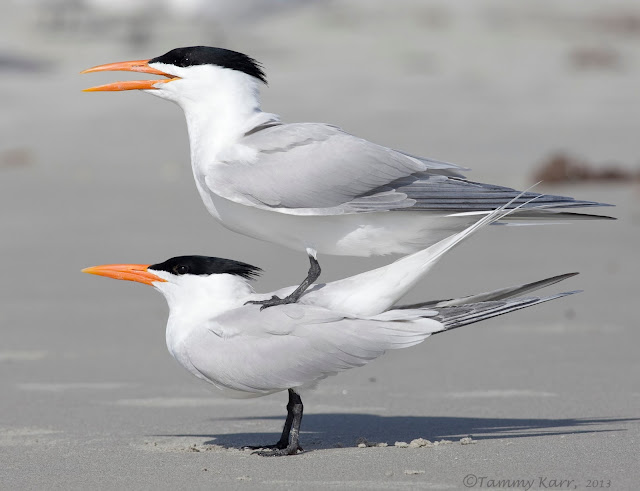 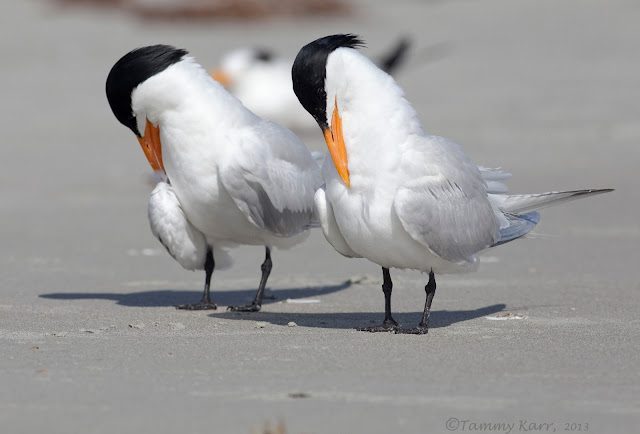 Among the large group of Royal Terns and Black Skimmers, there was this lone Sandwich Tern. The tern is also developing its black cap. 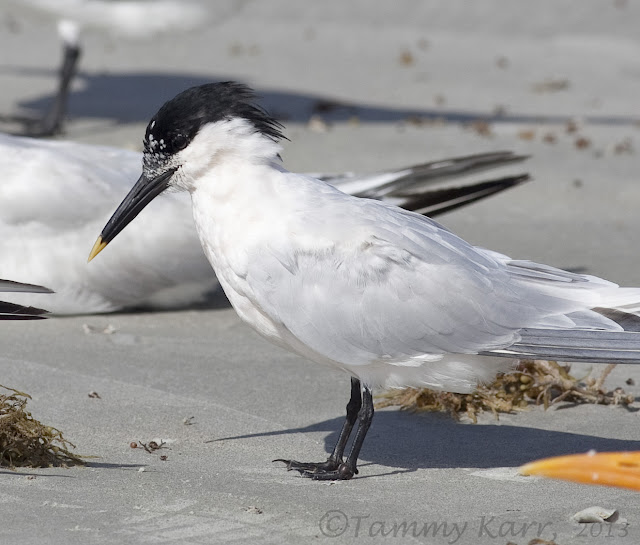 I've been to Jetty Park twice over the past two weeks and both times there have been ten or more banded Royal Terns among the large flock. I've only been able to read a few of the many numbers on the bands. 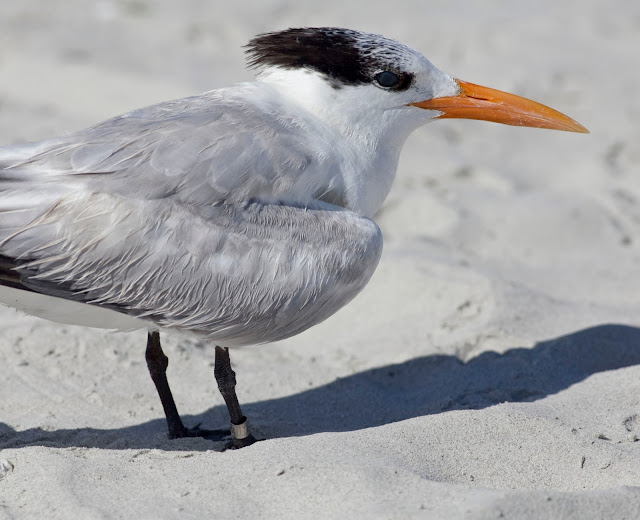 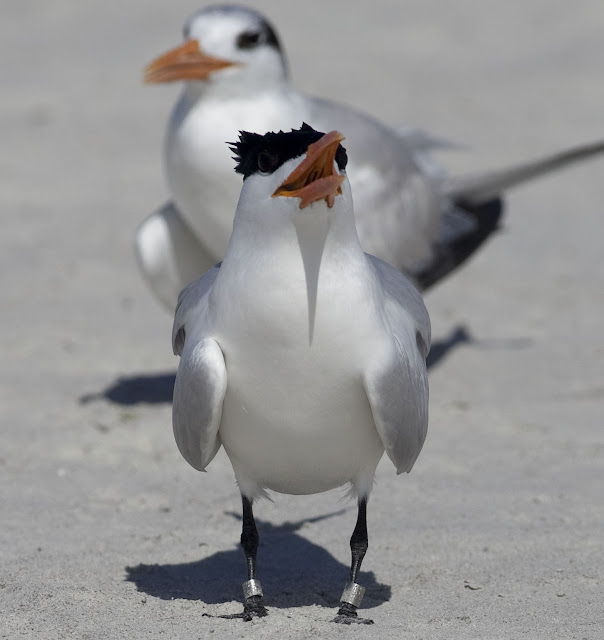 Today, I saw this banded Ruddy Turnstone. The colored flags are much easier to read! 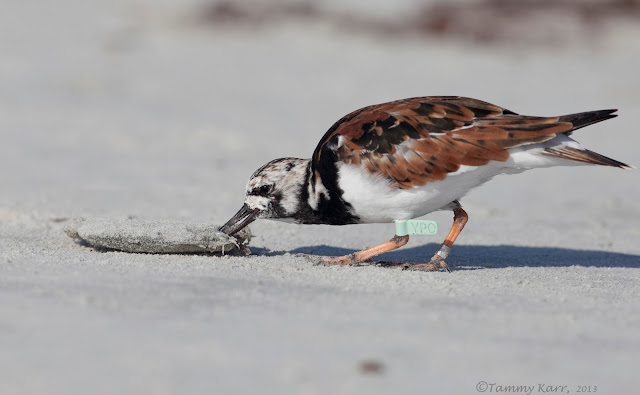 As I walked along the surf, the Skimmers were making their way to the water to cool off. 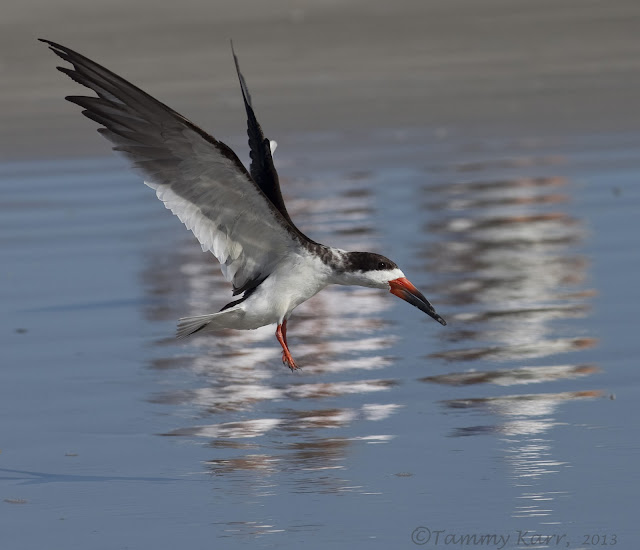 One skimmer made its way to the water followed by the entire flock...one at a time! 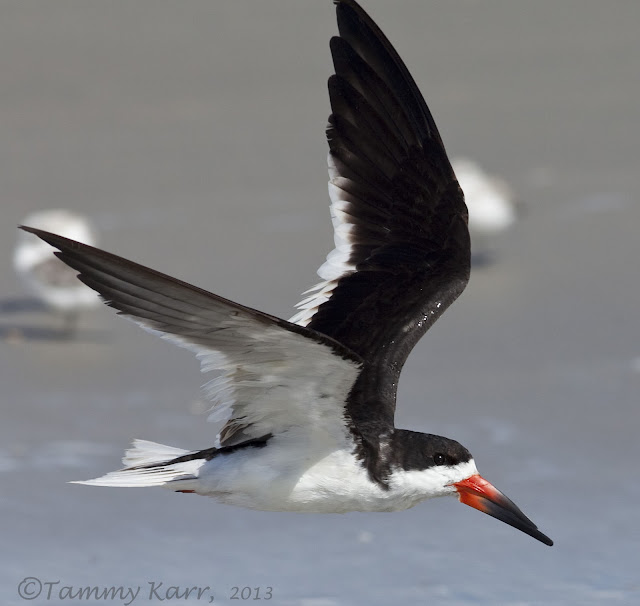