Monday morning I had an early morning training near the Viera Wetlands, so I made a very quick trip over there. Heavy cloud cover stalled the arrival of the morning light, so I had to take what I could get. 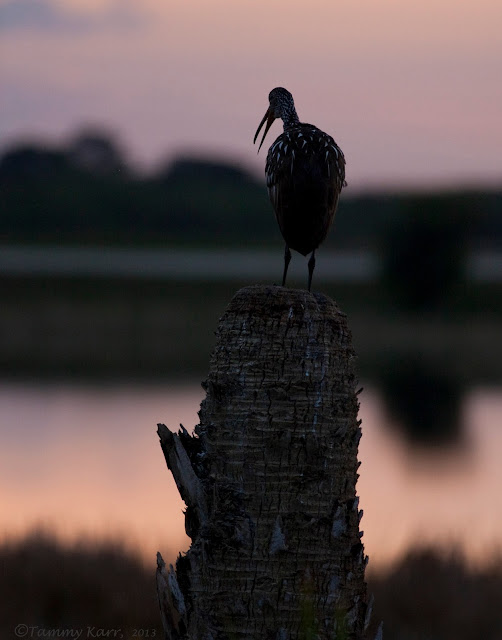 The sounds of these early morning calls are unmistakable to anyone who has spent any time around a Limpkin. I came across  the top one first who seemed  to be mimicking a rooster and trying to wake the place up. 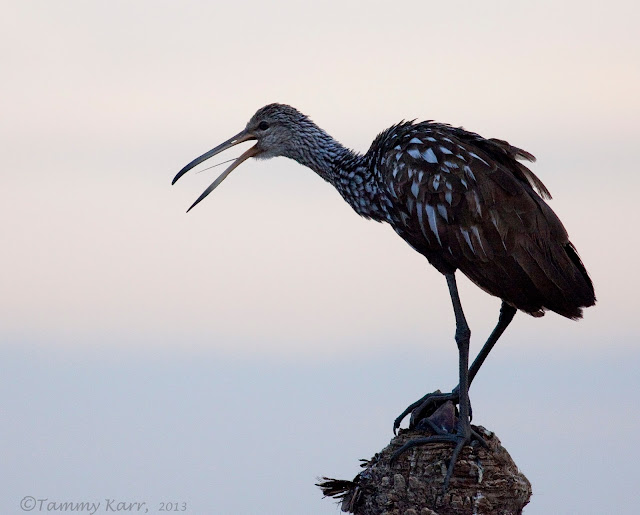 Just around the corner, I encountered another Limpkin; this was obviously the recipient of the first Limpkin's calls. She alternated some preening with some calls of her own. 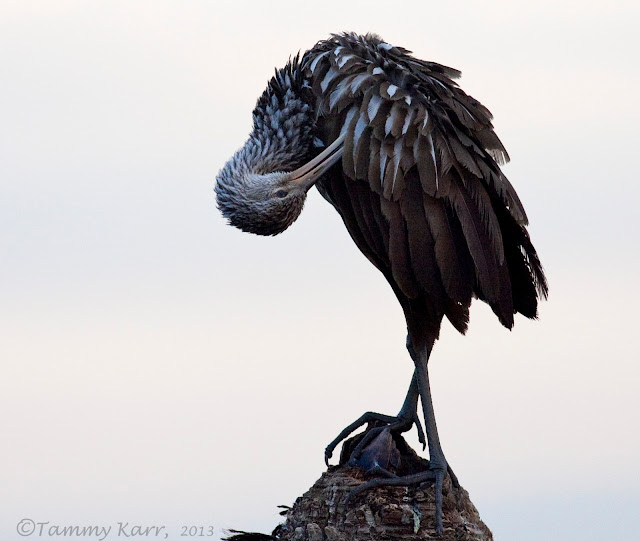 This pair of Caspian Terns was engaging in some early morning squabbling. The tern on the left looked somewhat annoyed by the other terns nagging. 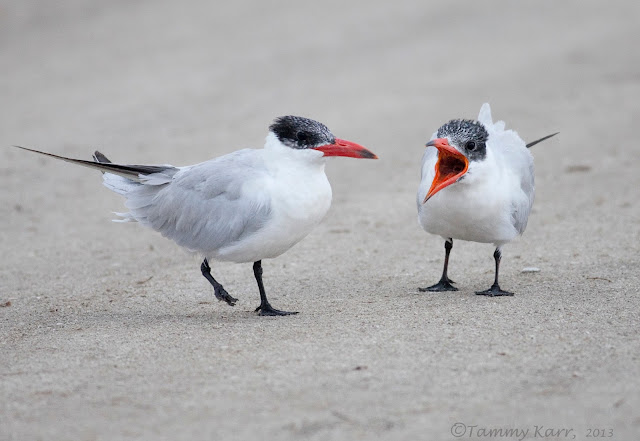 Soon after, the terns took flight and seconds later this Crested Caracara swooped in to retrieve a fish the terns must have left behind. 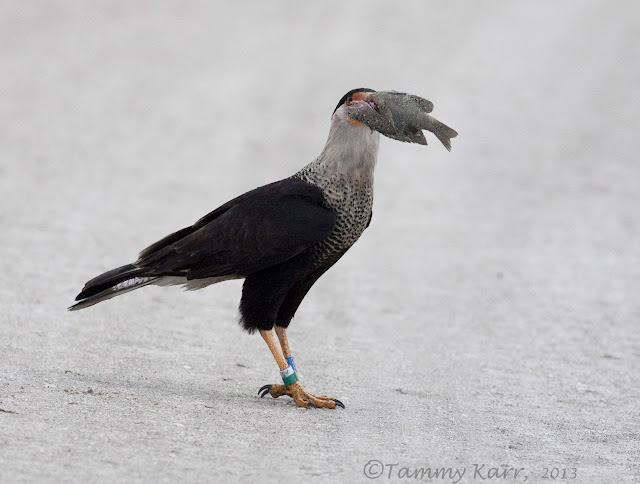 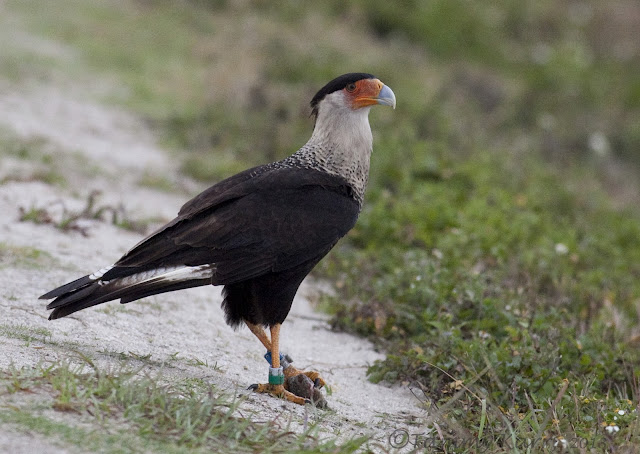 The tern quickly came back to try and get the fish back. 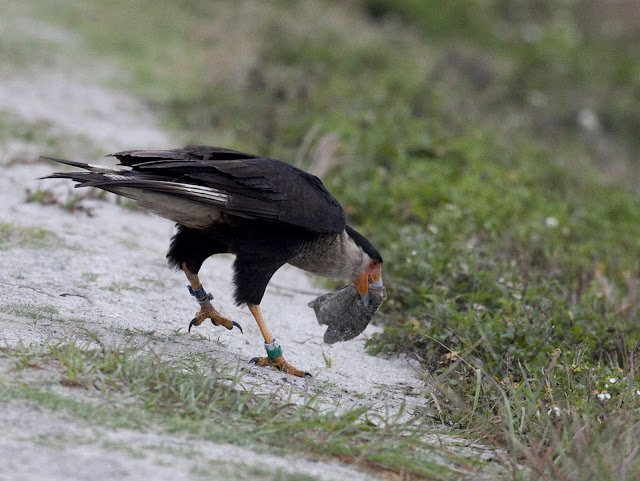 The Caracara took off and the tern went after it. I was very surprised to see how aggressive the normally docile tern was toward the Caracara as it attempted a midair strike. 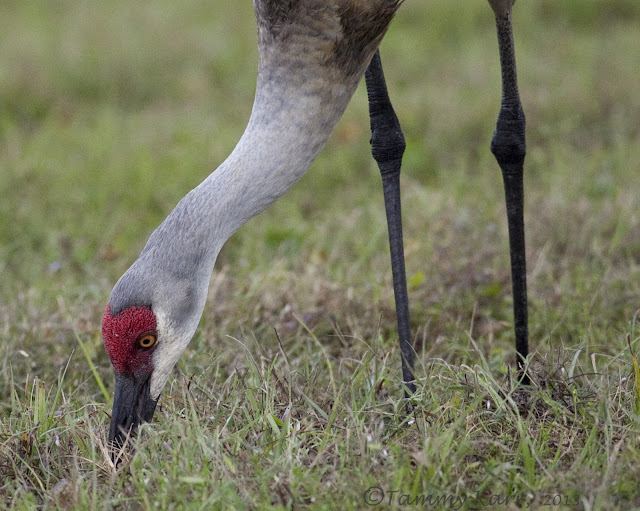 Soon I'll be heading to the Texas (El Paso)/New Mexico region. Any birding tips for this region would be greatly appreciated!
Posted by Tammy at 5:53 AM